Max Verstappen says his retirement in Baku was especially frustrating because his Red Bull Formula 1 team enjoyed a clear advantage over Mercedes in the last two street circuit events.

Verstappen believes that the Brackley-based team will bounce back when F1 returns to more traditional venues from the French GP onwards, and is therefore ruing the fact that Red Bull didn’t make the most of its opportunity to outscore its main rival.

Having won in Monaco, Verstappen was leading comfortably in the Azerbaijan GP when a left-rear tyre failure sent him into the wall on the pitstraight as he approached the end of lap 46.

Lewis Hamilton’s subsequent trip up the escape road at the first corner at the restart, caused by a lock-up when he accidentally hit the 'magic button' on his steering wheel that alters his brake balance, meant that the Mercedes driver also failed to score.

However, that did little to allay Verstappen’s frustration as his retirement meant that he lost the chance to gain another 10 points on Hamilton, who had been destined for third place.

"I am still upset and disappointed, because we should have opened up that gap more in the championship,” he said when asked by Autosport to sum up his thoughts after the race. “Yeah, it was unlucky for me, and then of course I had a bit of luck that Lewis then didn't score points.

“But nevertheless, of course it's not what you want today. We should have just had a comfortable win here. Because I think especially it seemed like on the street circuits compared to Mercedes we had a bit of an edge on them, which is good.

“But that's why I wanted to of course outscore them more. Because I know when we go back to normal tracks, they are very tough and very difficult to beat." 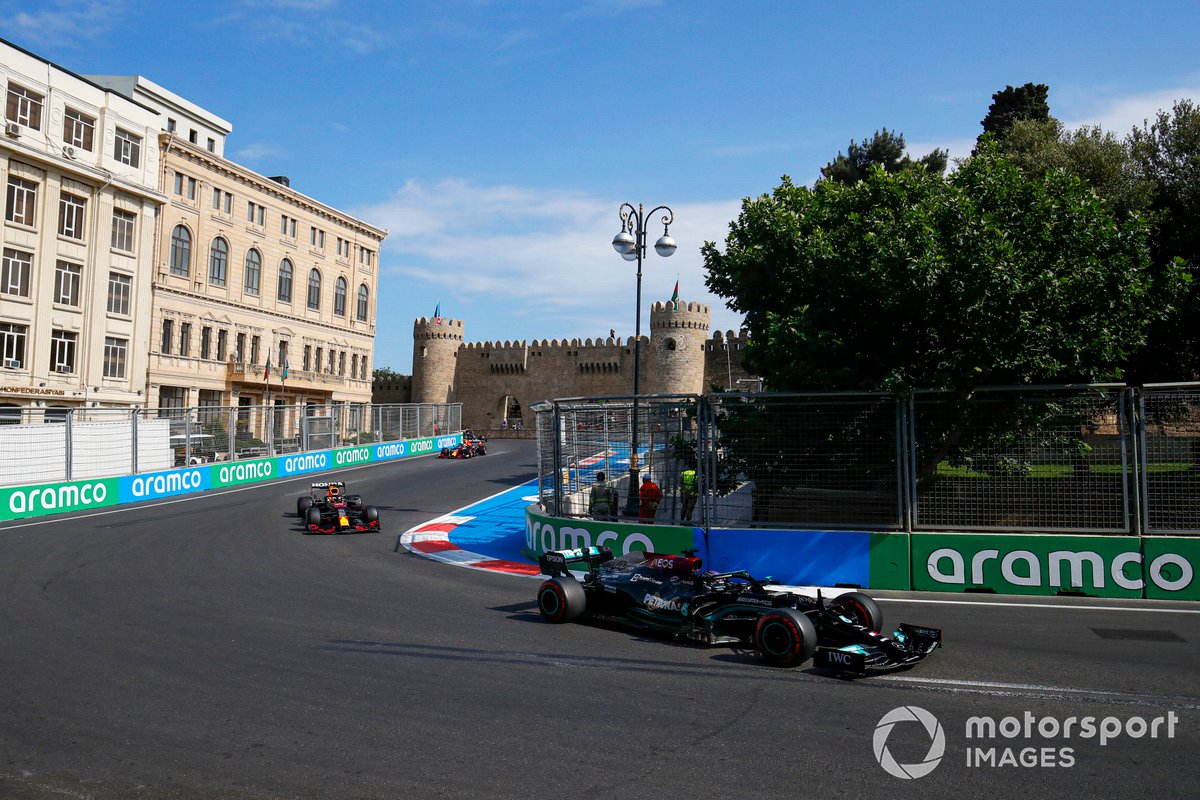 Asked if it had been difficult to control the race, Verstappen made it clear that he was comfortable running at the front of the field.

"Not difficult at all,” he said. “Honestly, I was just initially matching a bit the pace that was happening behind me. And then at one point already before the safety car I was three or four-tenths faster a lap, while I was not even pushing the tyres, so it all felt really comfortable.

“Then after the restart, I opened up my gap, again to like four seconds, quite comfortable. And it was just basically at that point cruising home without taking risk or anything.

“So yeah, that makes it even more disappointing, because I don't expect these races to happen very often where we easily, let's say, gain 25 points. Because when we go to normal tracks, like I said before, Mercedes will be back up there, and it will be a really tough fight."

Verstappen did not want to be drawn on the suggestion that the pressure of the title fight is forcing Hamilton into making mistakes.

“This year, it's not only about his team-mate, he has to fight for the championship with a different team. So that always brings a different dimension to it, which I think is great for the sport.”