Max Verstappen had sympathy for Formula 1 world title rival Charles Leclerc after he lost an Emilia Romagna Grand Prix podium in a spin as he felt “the mistake is easily done”.

The Red Bull driver dominated the Imola weekend, taking pole position, the sprint race win and victory in the grand prix plus the bonus point for fastest lap, to take maximum points from the Emilia Romagna GP weekend.

Verstappen’s title hopes were given a boost when championship leader Leclerc, who had been hunting down Sergio Perez for second place, spun off at the Variante Alta chicane with 10 laps to go and damaged his front wing after contact with the outside wall.

After a pitstop to repair his Ferrari, Leclerc returned to the track in ninth place but made a small recovery to sixth place at the finish.

While Verstappen naturally profited from Leclerc’s mistake, the Red Bull driver felt Leclerc’s error was understandable when pushing to catch Perez on a drying track and taking more risks than his rivals.

“The mistake is easily done because he was pushing hard to try and fight Checo but it is painful [for him],” Verstappen said. “I think he knows that himself, he doesn’t need to hear it from anyone in here.

“But still it is such a long championship and yes we gained a lot of points, so it is not great but he cannot change it now and he didn’t do it on purpose.” 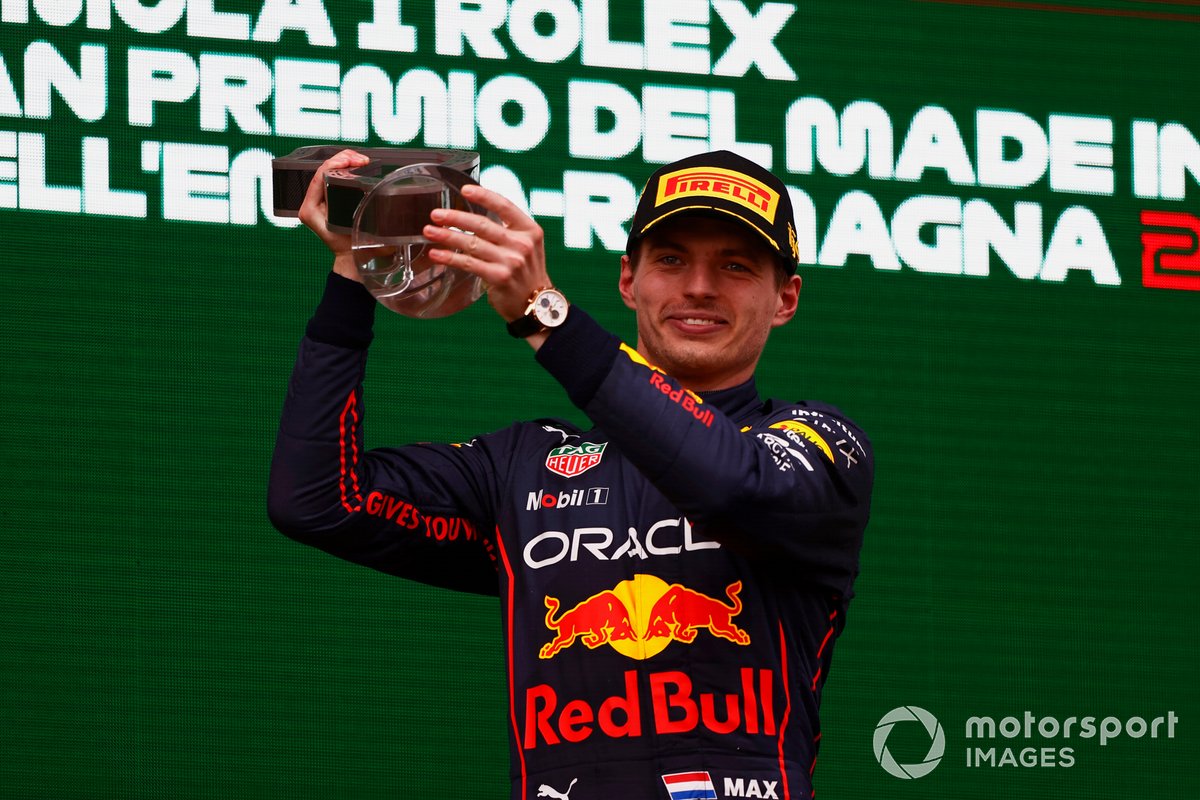 The result has seen Verstappen trim Leclerc’s F1 world championship lead to 27 points having produced a near-flawless performance across the Imola weekend, with his only mistake coming when he lost the lead at the start of the sprint to Leclerc.

Verstappen was surprised by Red Bull’s dominance over the Imola race weekend given its pace deficit to Ferrari last time out in Australia and having suffered two mechanical retirements in the first three races.

“The start of the season in general wasn’t amazing so we needed a good weekend and I didn’t expect it to be like this, but to have a weekend like this is incredible,” he said. “A 1-2 for the team and also maximum points scored.

“The way we handled the race, we didn’t make any mistakes, the team made the right calls with switching from the intermediates to the slicks and from then on just controlled the race.

“It might look easy on the TV but we still have to be focused, avoid the backmarkers as it is easy to go off-line or to lock up or go over a wet patch and go over the track.

“So we managed that and the car was handling really well, we saw that yesterday with the sprint qualifying, we had good pace in the car.”

Russell battling back and chest pains thanks to porpoising