Max Verstappen feels “incredibly proud” to have claimed Formula 1’s season win record with his 14th win of the year in Mexico despite being “never really interested in stats.”

Having clinched his second F1 world title at Suzuka earlier this month, Verstappen continued his dominant campaign by scoring his 14th win of the year in Sunday’s Mexican Grand Prix.

It meant Verstappen surpassed the existing record jointly held by Michael Schumacher from 2004 and Sebastian Vettel from 2013, as well as claiming the record for the number of points scored in a single season with two races still remaining.

Following his victory at the Autodromo Hermanos Rodriguez, Verstappen paid tribute to his Red Bull team for “another great race” after picking up its 16th win of the year and ninth in a row.

“It's just an incredible season for us as a team,” said Verstappen. “I never thought I would be able to win 14 races in a year. But yeah, of course, I’m incredibly proud.”

The season win record has been within Verstappen’s sightlines for some time, but the Dutchman regularly downplayed the importance of the record and the possibility of getting there.

Upon matching the record at the United States Grand Prix, Verstappen noted the difference in eras and how F1 seasons now have more races. Schumacher’s 13-race haul came in an 18-race season, while Vettel matched that number over 19 races in 2013.

Asked by Autosport after the race in Mexico if his decision to downplay it was a tactic to avoid losing focus, Verstappen said he was unsure but that he was “never really interested in stats.”

“I just live in the moment,” Verstappen said. “I just try to, of course, do the best I can every single weekend. I try to win the races and that, for me, is the most important. Every single weekend when I go home, and I can say to myself that I maximised or close to that I'm happy.

“But of course, a lot in Formula 1 depends on your whole package , right? And we are having a great package and I'm just enjoying the moment.

“I’m not that interested in keeping in touch with every stat. But of course, it is an amazing season and of course I'm very happy with winning so many races.” 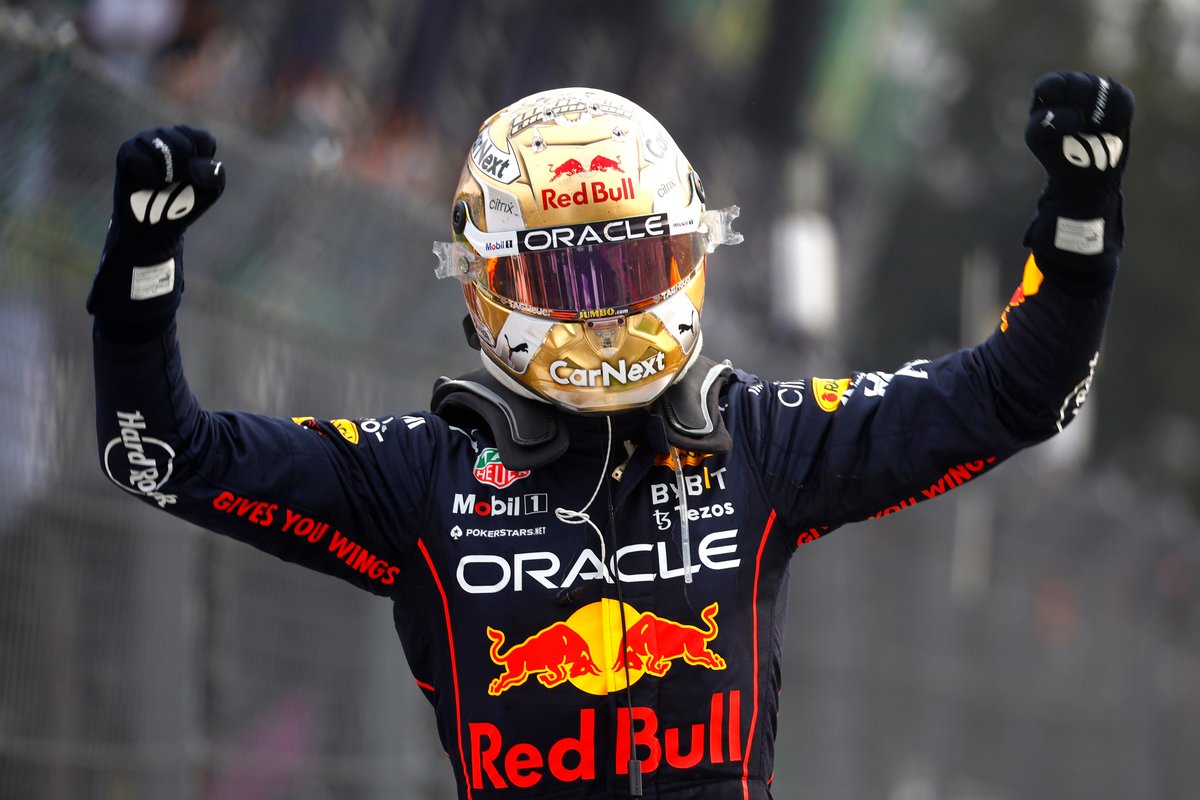 Vettel insisted he has no regrets about losing the record that he shared with close friend and mentor Schumacher.

“No, I mean every time it's a bit different,” he said. “I think it's great for the team. I still know some people there, so I'm really happy for them and for Max.

“Well done. I think he's had a hell of a season, so hopefully he gets 16 at the end of the year! Everything else will be a disappointment, no?”

The Aston Martin driver agreed that sustaining such a level of success is not as easy as it might look from the outside.

“No, it's not,” he said. “But obviously I think they had a momentum from last year, the car this year is incredible. They won races even though they were heavier than everybody else.

“I think by now they've probably got the weight out. So the car is there, but Max is doing an amazing job as well.” 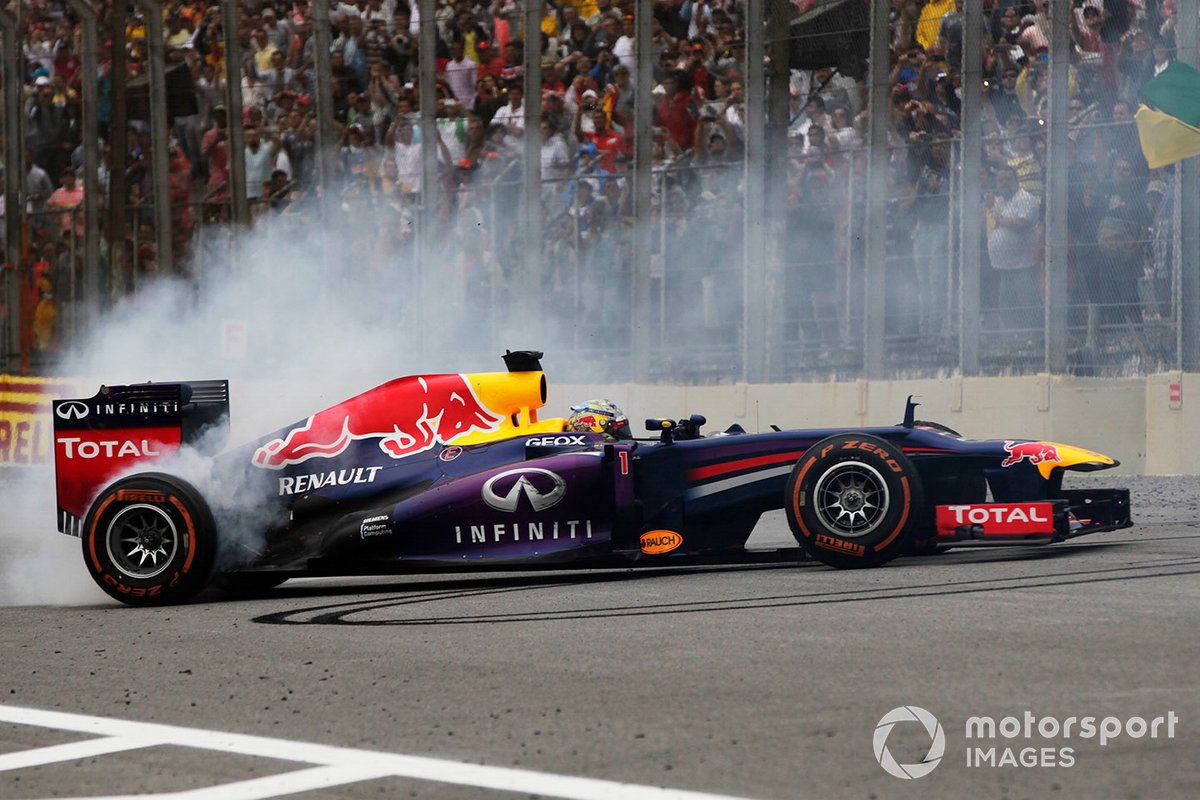 Some of Verstappen’s main rivals praised his success, while stressing that they want to make life harder for him next year.

“We know how strong Max is and Red Bull have just done a really great job,” said George Russell.

“You've seen in the past with teams being so dominant. When you look back to Lewis [Hamilton] and Nico [Rosberg], they were winning every single race, and had Lewis had a different team mate in that era perhaps he would have been winning every race, as Max is doing.

“But Max is just doing a really excellent job week in, week out, Red Bull are doing a great job. And we hope we can close that gap further next year.”

Carlos Sainz admitted he hadn’t expected Verstappen to be so dominant after Ferrari’s strong start to the year.

"No, no, you never expect that, especially when you have a good car at the beginning,” he said.

“I wish that I would have felt a bit more comfortable at the beginning of the season to make things also a bit more complicated for Max, and together with Charles [Leclerc], to put a bit more of a fight.

“But Max has had an amazing season, he deserves it. I think they are dominant now, I think now the Red Bull is starting to be a dominant car, but at the beginning of the season for sure not, and there is where he did a tremendous job.

“My target is next year to start at the level that I am now, which is a pretty decent level, and make things more complicated to Max."