The world champion was attempting to snatch second from Hamilton at the early safety car restart, but came to blows with his Mercedes rival at the Senna Esses.

Having attempted to go around the outside of Hamilton at Turn 1, he then found himself squeezed at the apex of Turn 2 before the pair clashed. The stewards handed Verstappen a five second penalty for being predominantly to blame for the collision.

Speaking about the incident, Verstappen said that he suspected things would not turn out well as soon as he got alongside the Mercedes driver.

“I just felt it, as soon as I was going next to him, that he had no intention to leave me space,” said the Dutchman. “And okay, if you don't leave me space, are we just going to collide?”

He added: “I thought after last year, we maybe forget about it, we can finally race you know. Because first of all, when I went side by side, I thought okay, let's have a good race here.

“But then you feel it with a driver, if he's going to leave space or not. And there was zero intention to leave me space.” 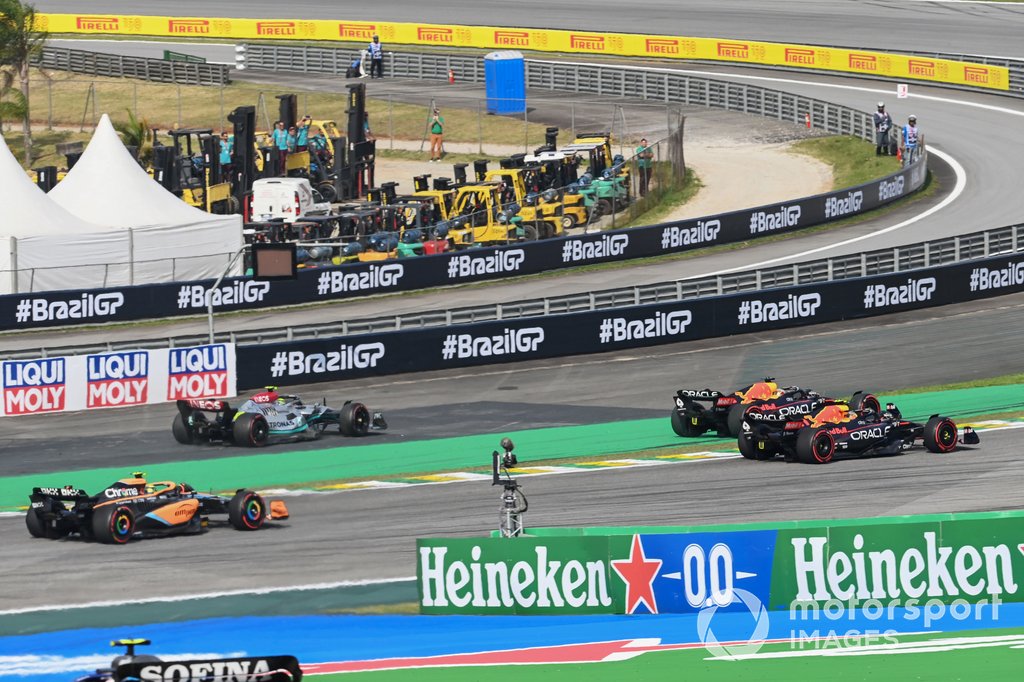 Verstappen said he was slightly taken aback that the stewards decided he was mostly at fault for the incident.

“Yeah, to be honest, I was surprised when I got the five second penalty,” he explained. “I mean, I was not upset. But if you asked me, 'would I do it again?' Absolutely.”

Reflecting on the position of the cars, Verstappen reckoned Hamilton could have given him more room without losing the position.

“I was, well I can say, 85% alongside, and my intention is never to crash,” he said. “But I could feel he was just not going to leave me the space into that corner. And then yeah, we collide.

“If he would have just moved a little bit, he probably would have stayed ahead anyway. And it's a shame.

"I want to race. I want to have a good fight, but when the other one doesn't want to work with you….”