The incident at the first chicane put both drivers out of the race, and it came just four races after contact between the pair at Silverstone led to a heavy crash for Verstappen.

By co-incidence, Hill himself had collisions with then rival Michael Schumacher at both the British and Italian Grands Prix when they were fighting for the championship in 1995.

He says the rivalry between the current title contenders has made for a great battle, but one that he would prefer to see settled on merit.

"It's made it very gripping," Hill told Autosport. "It's enthralling and fascinating.

"I just think it's a shame in our sport that it inevitably boils over into these crashes. I don't think that's an exhibition of skill. It exhibits a lack of self-control, really.

"It was avoidable. The question [is] whether it's an error of judgement, or a deliberate reluctance to give in.

"They're both playing hard, but I think that you have to get at least a wheel ahead to have a go at going round the outside of someone, and Max wasn't ever in that position." 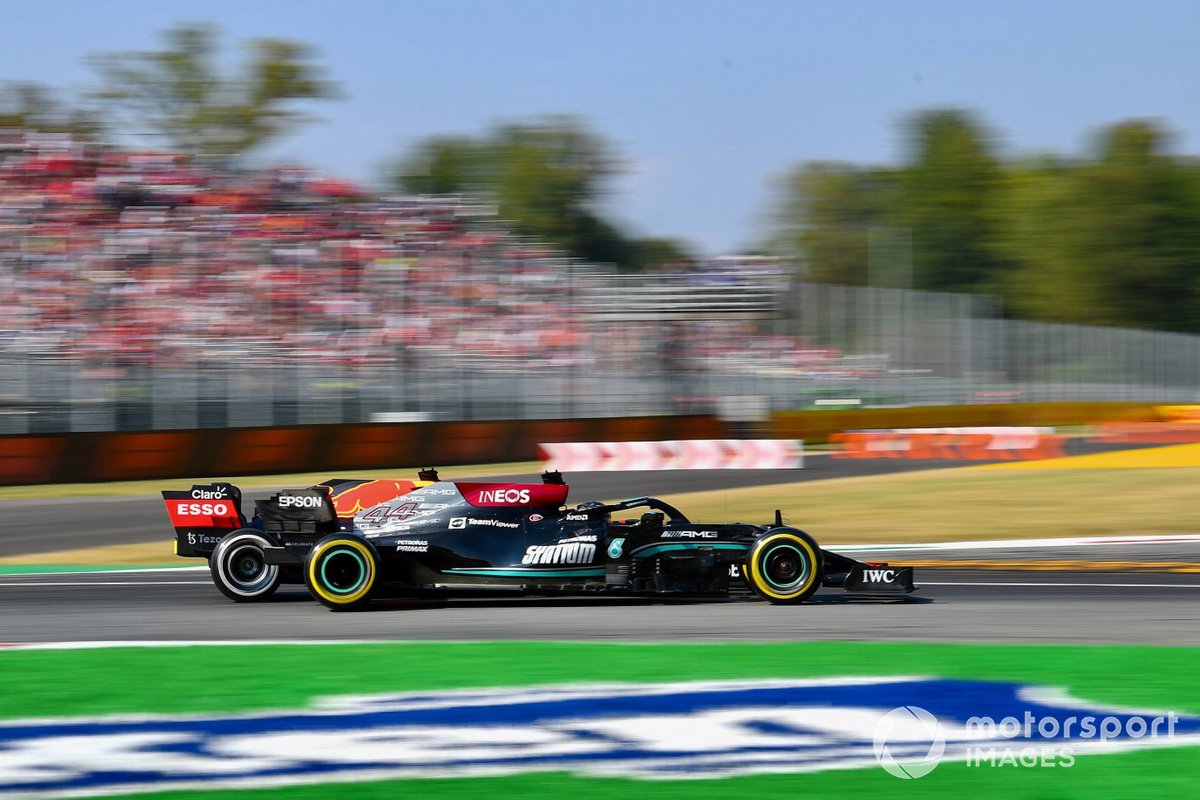 Hill noted that Verstappen bouncing off the chicane kerbs contributed to the ensuing contact.

"Once you do that, you're out of control," he said. "He had the option to take to the escape road I think earlier than that and to avoid contact and have another go somewhere else, but he didn't.

"Maybe he knew that, if Lewis got ahead, he was done for.

"The consequences are quite dire, and very luckily, Lewis is unhurt. I've seen a picture of his head being squashed by the tyre, and had Max dropped the clutch then with his head attached to the tyre that could have been extremely nasty. But that's something that's beyond Max's control."

Hill also said McLaren's 1-2 finish in Italy had echoes of the Belgian GP in 1998, when he and Jordan GP team-mate Ralf Schumacher were told by team boss Eddie Jordan to hold station to the flag to ensure a historic result.

"I played golf with Zak [Brown] the other day and I'm interested in how he's changed the dynamics there at McLaren, and made some great decisions, bold decisions," Hill said. "And hiring Andreas Seidl is obviously one of them.

"The car looks good. It looked competitive, didn't it? Perhaps it wasn't as good as the Mercs or the Red Bulls, but competitive. Good, mature team leadership there from Daniel Ricciardo."