Max Verstappen thinks the FIA officials treat Formula 1 drivers like “amateurs” over track limits after the debate reignited during qualifying for the Hungarian Grand Prix.

Verstappen’s Red Bull team-mate, Sergio Perez, had his first lap time set in Q2 deleted for an alleged track limits breach exiting Turn 5, only for the lap to be reinstated after the FIA had another look and realised he did not cross the white line.

New FIA race directors Niels Wittich and Eduardo Freitas have taken a more hardline approach to track limits this season, saying the white line is the edge of the track and deleting all laps regardless of the circuit.

Pierre Gasly was also left frustrated by his track limits time deletion that knocked him out in Q1, while there was also an incident in Austria where Perez erroneously was allowed to advance through qualifying when a track limits breach was missed.

Discussing the issue after qualifying in Hungary, reigning world champion Verstappen said that while drivers had asked for the FIA to “be more clear and strict” about track limits, he felt steps had now gone too far.

“Last night, they started talking about Turn 13, the exit, the dotted line was the track edge,” Verstappen said.

“There was a kerb and a white line next to it, which for me personally is the track edge. We have so many silly little things which make it also more difficult for them to police.

“I don’t know, as drivers, we always want to help and give our advice, but nothing was heard and for me, that’s extremely frustrating.

“I don’t want to fight with them, I want to just advise them, but it seems like they don’t really care.

“They actually, for my feeling, look at us a bit like we are amateurs. I don’t think that’s correct.” 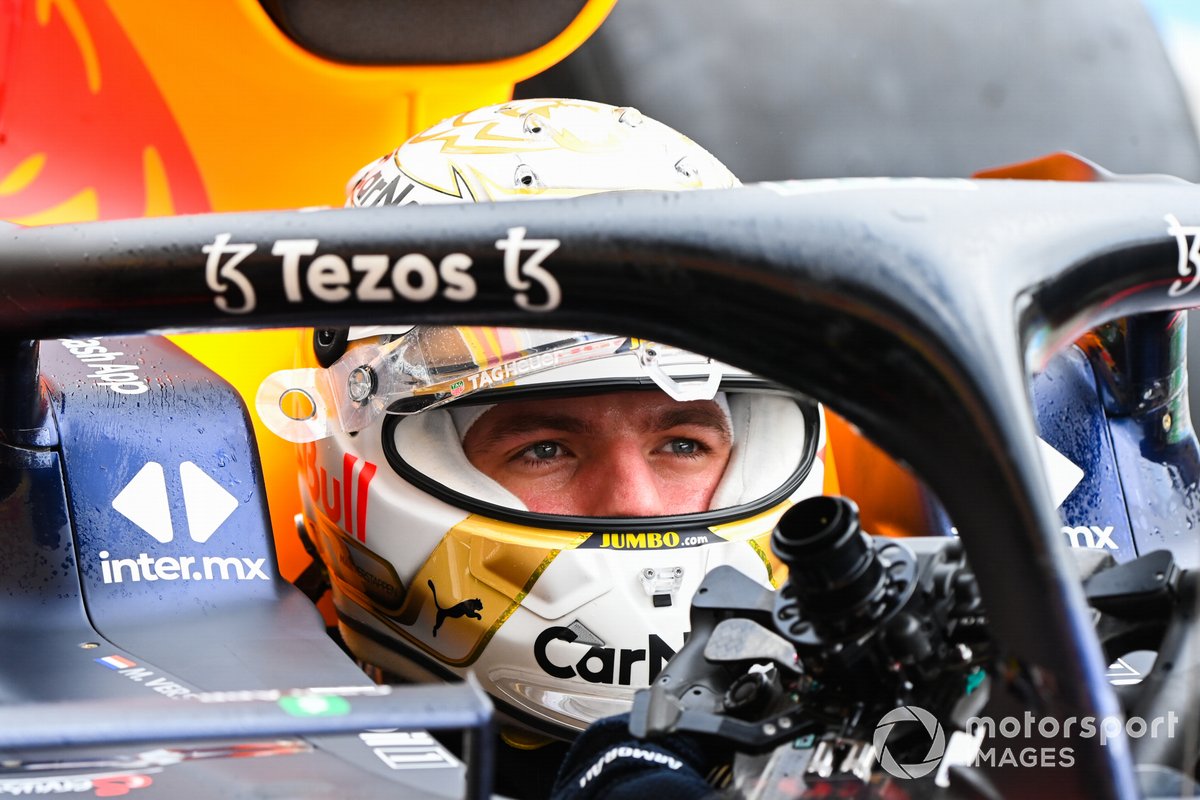 Verstappen said the view given from the onboard cameras on the F1 cars often did not give the right perspective to properly judge track limits, and called for the FIA to use more hard limits such as gravel to police it and punish those running wide.

“I think we can do ourselves a favour and make it a lot easier by adding a bit of gravel on the exits or whatever,” Verstappen said.

“They make it super hard for themselves. Of course people say yeah, just stay within the white line, but that’s easier said than done.

“But then again, what I said about this dotted line as well, it’s just so confusing everything.”

Perez said having his time deleted and then reinstated during Q2 was “messy” and that he thought the current system “isn’t really up to it.”

“We have to review it and see how we can move better forward, to have some more consistency,” said Perez.

Haas driver Kevin Magnussen agreed with both Red Bull drivers, saying: "It's very frustrating, and I don't know why they're doing it like this. I don't see who's benefitting."

"I'm sure they are pretty busy during the session, policing the track limits,” added Alfa Romeo’s Valtteri Bottas.

“It's not ideal, but at least they double checked, which is good. And I think that should be definitely the case, that if you can prove that you've been within the limits, you can keep the lap."