Verstappen stormed into the championship lead after taking the victory at Barcelona while erstwhile tabletopper Charles Leclerc retired from the lead of the race with a power unit problem.

But the early stages of the grand prix did not go to plan for Verstappen as an error at Turn 4 when he was running second dropped him back behind George Russell's Mercedes and the sister Red Bull of Sergio Perez.

Verstappen lost the rear of the car running through the right-hander and was unable to make the corner, sliding wide into the gravel.

"The first 30 laps were very frustrating for me after I went off at Turn 4, which really caught me by surprise because I didn't feel like I was actually braking later or throwing more speed into the corner," explained Verstappen, who wasn't the only driver to be caught out at that corner as Carlos Sainz also went off in his Ferrari.

"But it was very gusty out there today, one lap it felt all stable and the next lap suddenly you could have more oversteer in places so that probably caught me out by surprise and that wasn't ideal." 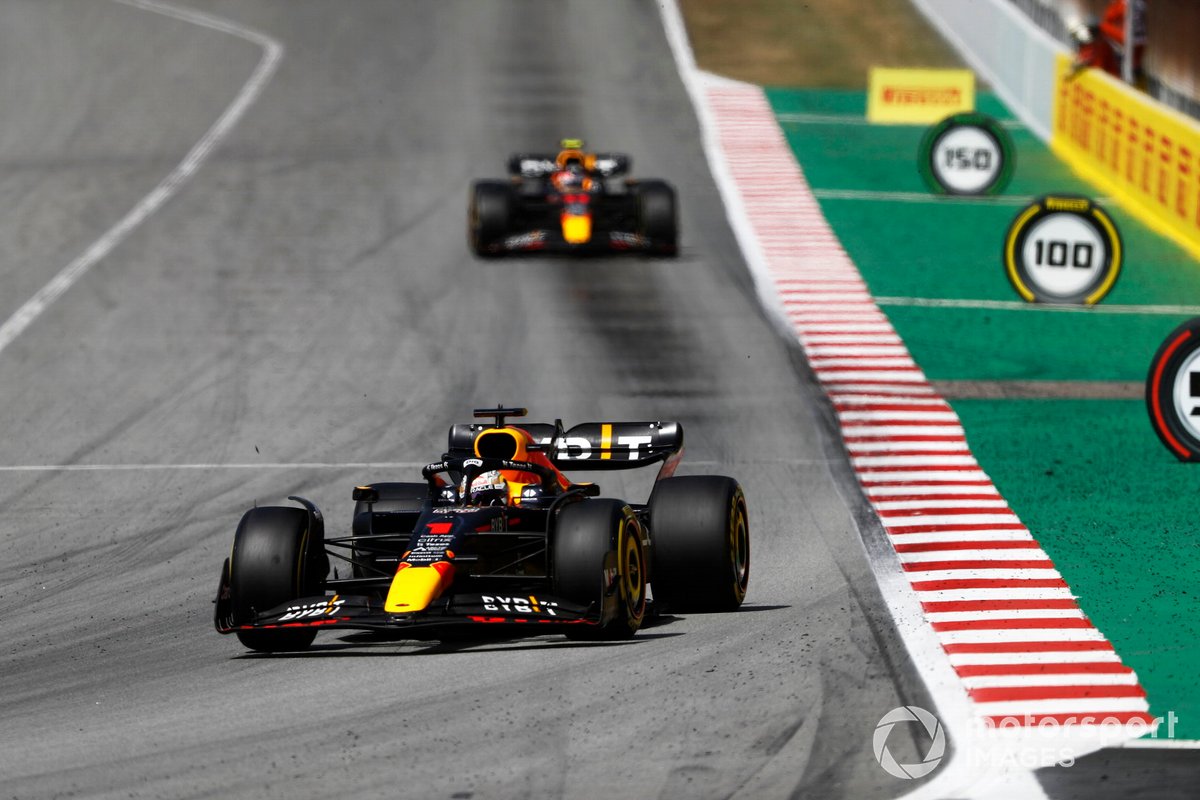 When asked if the off-track excursion did any damage, Verstappen added: "It didn't feel like it.

"Once I was back on the track, the car felt like normal - so I was lucky there of course."

But Verstappen's error then led to a frustrating spell as he spent a chunk of the race stuck behind Russell, a fault on his DRS thwarting his attempts to get ahead.

The Dutchman described that as "extremely painful" and said he attempted a variety of different methods to try to get around the problem.

"There's nothing you can do," he said. "I spammed it like 50 times at one point on the straight and it's just not opening so it was clearly an issue.

"I tried all different kind of things, but it was just malfunctioning."

Pitting earlier and switching to a three-stop strategy eventually allowed Verstappen to usurp the Mercedes driver and team-mate Perez let Verstappen by in the closing stages to enable him to take the win.