Formula 1 world champion Max Verstappen expects there to be “a lot of crashes” when the series bans tyre blankets from 2024.

F1 has been toying with the idea of outlawing tyre blankets since the switch to 18 inch wheels was finalised, with that originally set to go ahead in 2021 before the COVID-19 pandemic forced the new car regulations to be delayed until 2022.

The series had already elected against a complete tyre blanket ban for 2021 back in 2019, with the phasing out of the warmers taking place gradually.

Teams are currently permitted to a maximum tyre warmer temperature of 70 degrees Celsius this year, down from 100 last year, with that maximum level dropping to 50 in 2023 before a full ban in 2024.

Two 2023 Pirelli tyre tests have taken place in the FP2 sessions at the United States and Mexican GPs, when teams ran to the 50-degree setting, which Verstappen said “was not enjoyable”.

Asked ahead of this weekend’s Mexican Grand Prix what his thoughts are on the incoming tyre blanket ban in 2024, the Red Bull driver expects the rule change to cause chaos on track.

“Yes, it was not enjoyable,” Verstappen said of the Austin tyre test.

“I drove on [tyres that were warmed to] 50 degrees, I think it was, and I almost spun in the pitlane already.

“Of course, I also had the hardest compound, but I think there's a lot more to it. If we have the tyre blankets anyway, why don't we just use them to the fullest because they're there? 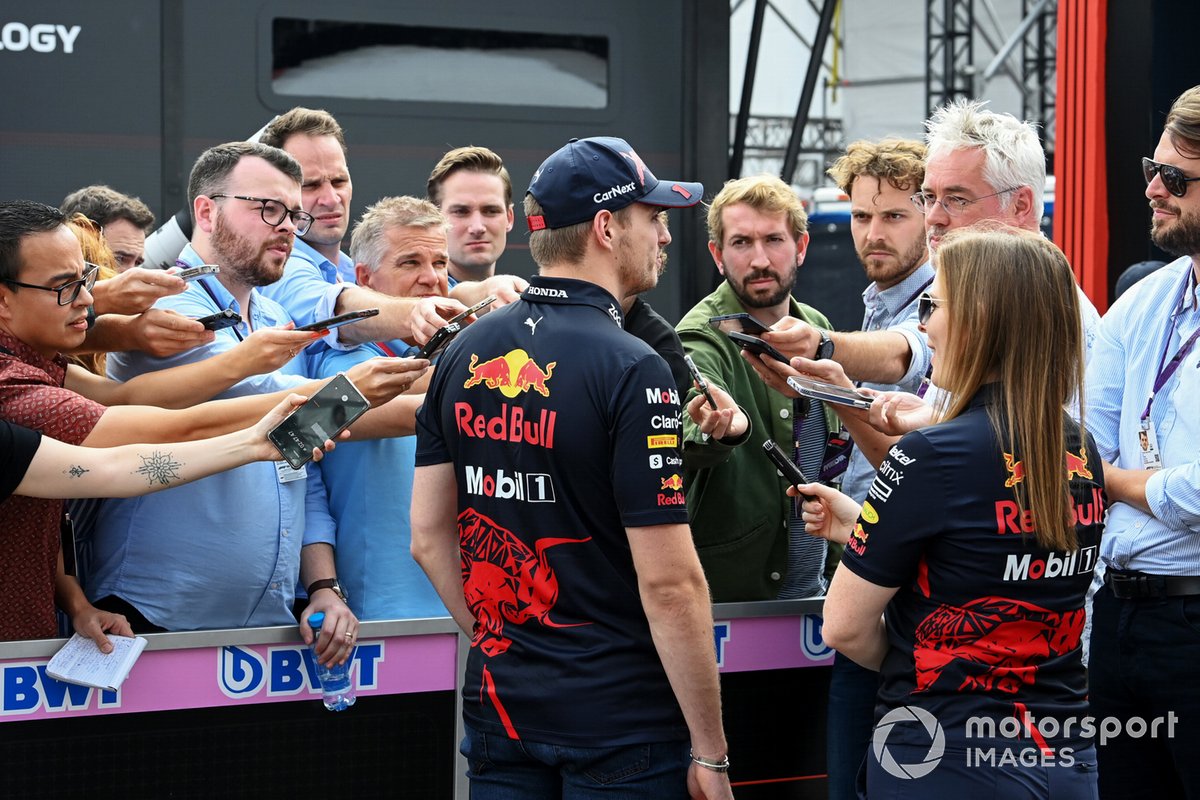 “You either go just full blankets or zero, not middle way because we have them already. We don't need to buy new ones.

“I think we're going to have a lot of crashes. That I know already compared to what we have at the moment. But yeah, it's tough.

“Also, your tyre degradation is going to be completely different because your tyres are very cold. You are sliding around a lot in the first few laps.

“Your tyre pressures are going to go through the roof, so your tyres are going to degrade a lot more. At the moment I don't really enjoy it but a lot of drivers say the same and we have to find a solution to that.

“Austin is still a track where you can easily switch on the tyres because of the high speed cornering. But if you go to like a track like a street circuit or Monaco, can imagine you on like half-half conditions.

“I think is going to take like half of the race before you have like temperature on your tyres.”

Verstappen also hit back at suggestions outlawing tyre blankets could make the overcut pitstop strategy in races more powerful, as is the case in GT racing.

“You have a lot less power [in a GT car],” the Red Bull driver added.

“I think with these [F1] cars they are very heavy as well. I mean, I've tried it and it's just really almost impossible to drive.

“And I also drive still in my private time. I drive a GT3 car with no tyre blankets, but these cars are a lot more forgiving and it's a lot easier to manage than these kind of [F1] cars, because if you go on power a little bit too much, with the power you have from the engine, it can be a big, big crash.”