Max Verstappen says he is not worried about the stability of his 2020 Red Bull Formula 1 car, despite a number of spins through pre-season testing

Verstappen ended the final day of testing in Barcelona with the third-fastest time of the winter after a late qualifying simulation run, only trailing Mercedes' Valtteri Bottas' pair of leading efforts.

Despite showing the pace of the Red Bull RB16, Verstappen and team-mate Alexander Albon both experienced multiple spins through testing, suggesting the car was difficult to handle.

But Verstappen was quick to downplay the spins, joking that he wanted to create a talking point for his media duties.

"I knew I was going to come here today so I said: 'Well, we need something to talk about, so let's give it a few spins out there'," Verstappen said.

"It's just something which happens. I want to try the limits of the car, and I think that worked pretty well.

"By having a few spins I knew where the limit was."

Asked if fans were right to be worried the RB16 may be skittish on-track, Verstappen replied: "They don't drive the car, so they don't know.

"I'm not worried at all. That doesn't mean that we don't have to keep pushing and improving.

"We had good preparation. I think that's very good from our side, and I hope it's enough to be competitive in Melbourne.

"We tried basically everything we wanted to try over all the days together, so I'm very pleased with that." 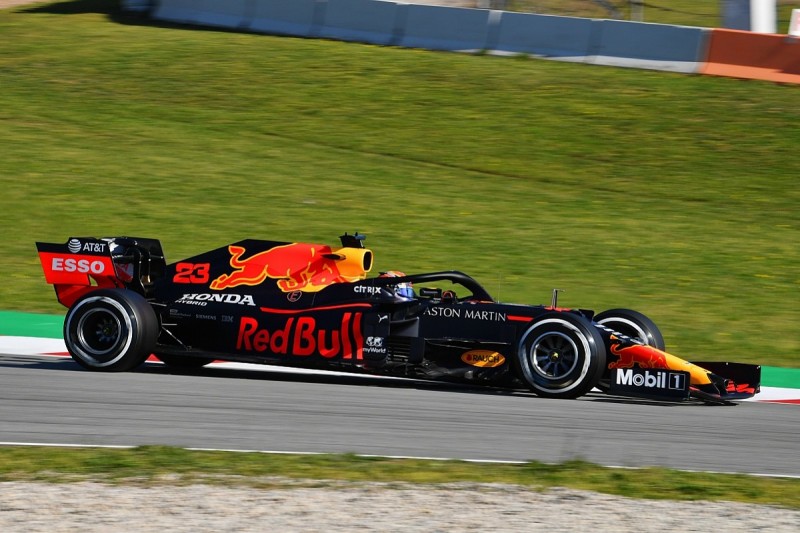 Albon echoed Verstappen's comments about the spins, noting a number of other teams had also had off-track moments as they found the limits of their new cars.

"I think it's just pushing really, just trying to see what the car can do," Albon said.

"The wind's always up and down as well. So it's not just Max and I.

"I think there are a lot of spins through the paddock."

Verstappen set his fastest time of the winter in the final hour of the six-day testing period, having focused on long runs for much of pre-season.

The Dutchman said it felt good to stretch the legs of the new Red Bull car and see what it could do.

"It's a lot more fun to drive a car like that, [after] all the time just a lot of laps in a row," Verstappen said.

"It all seemed to be working quite well. We were not running the softest compound, but still I think the balance of the car was good."

What we've learned from the second F1 test