Max Verstappen does not understand why Formula 1 is expanding to six sprint races from 2023, believing the series should “just stick to the main race.”

F1 debuted its sprint race format at three races in 2021 before tweaking the format for this year, including the return of designating pole to the driver who topped qualifying on Friday. The sprint race result then sets the final starting grid for Sunday’s race.

F1 will hold its final sprint of the 2022 season in Brazil this weekend ahead of expanding to six events next year, which are still to be confirmed.

But two-time world champion Verstappen said he enjoys the regular weekend format, and that the risk of damaging the car or dropping to the rear of the field in the sprint races on Saturdays meant drivers tended to remain cautious.

“Every time I do these [sprint] races, it’s about ‘don’t get damage, make sure you stay in the top three,’” said Verstappen.

“For me, that’s not really a race, because you go into the main race and you know there are way more points available anyway, you just risk a bit more there.

“You do another start, which is exciting, but it’s only really people who are out of position that move forward because only you put a tyre on that just lasts a whole stint and not much happens.” 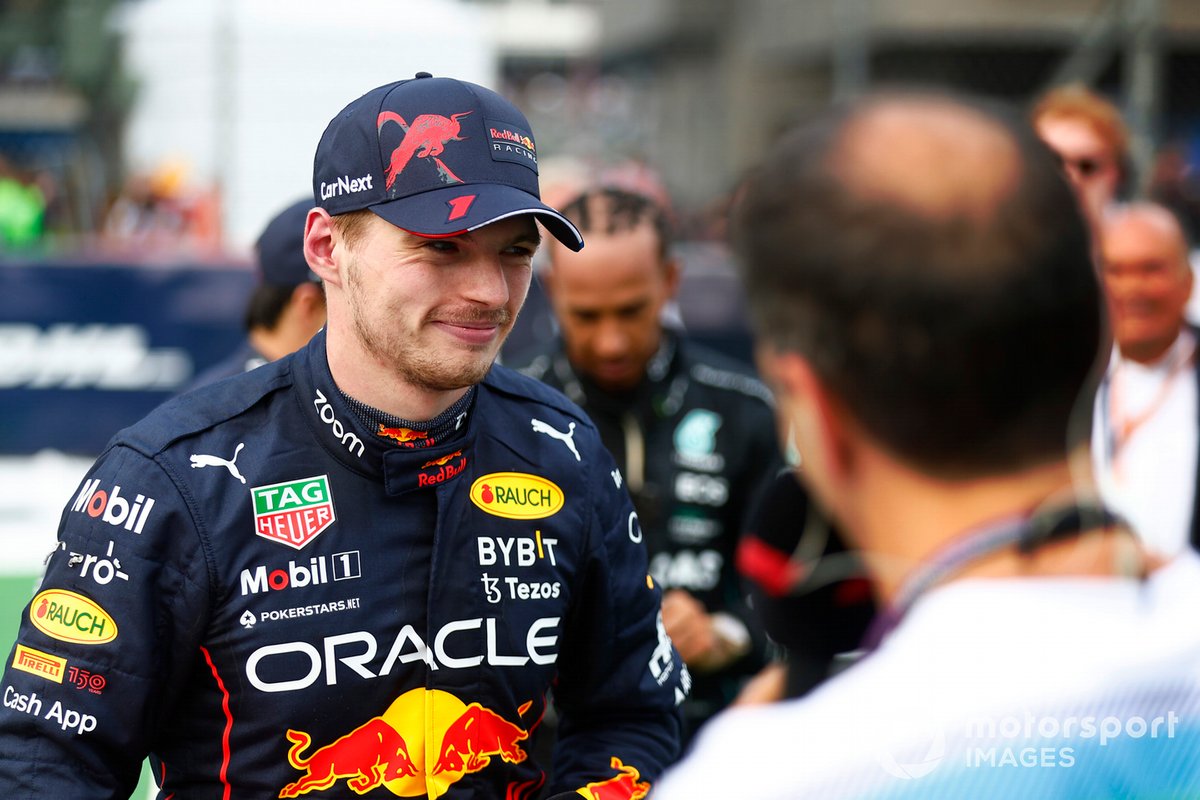 Verstappen thought F1 should “just stick to the main race” instead of throwing an extra sprint into the weekend format.

“I don’t understand what the problem is for that, because we’ve had so many exciting races, so you don’t need to add one-third of a race distance,” Verstappen said.

“Everyone is so careful anyway, because if you are fighting for third and you have a little touch and you drop to last, you know your Sunday is going to be tough.

“Probably you won’t risk it, so that’s not really a race.”

F1 teams have been supportive of the expansion of the sprint race format in 2023, which received approval from the FIA at the latest World Motor Sport Council meeting.

This year saw sprints take place at Imola and the Red Bull Ring, offering varying levels of on-track action ahead of the grand prix on Sunday.

Lewis Hamilton charged from last place on the grid to finish fourth in last year’s sprint race at Interlagos before going on to win the grand prix on Sunday.

The Mercedes driver felt F1 had to be “very selective” where it held sprint races, favouring tracks where overtaking was easier, but he liked the format because it was “different.”

“We’ve had the same Thursday to Sunday for god knows how long,” said Hamilton. “It was supposed to be a three-day weekend this year, and then they changed it back to four day, which I wasn’t too happy about.

“The races are not always the greatest. It does create a few more options, but sometimes there’s no overtaking, so we should hopefully learn from the races where there’s been no overtaking in the sprint races.

“Putting them in places like Brazil that creates a lot of opportunity, or somewhere like Baku, is going to be the best places for overtaking.

“I’m not against it. As long as they’re selective of where they put it.”