Red Bull founder Mateschitz died on Saturday at the age of 78 following a long battle with illness, sparking an outpouring of tributes from throughout the F1 paddock.

Verstappen said after qualifying third on Saturday that he wanted to do Mateschitz proud in Sunday’s race as Red Bull bid to clinch its first constructors’ title since 2013.

Verstappen was comfortable in the lead throughout the first two stints, only for a slow pit stop to drop him back and give Lewis Hamilton the advantage in the fight for victory.

But Verstappen managed to pass Charles Leclerc and catch Hamilton, overtaking the Mercedes for the lead with seven laps remaining before clinching his 13th victory of the season.

“It was a tough one,” said Verstappen.

“It was all looking good, but then the pit stop was a bit longer than we would have liked, so I had to fight my way forward again. But we gave it everything out there today.

“Of course it’s a very difficult weekend for us, so this is dedicated to Dietrich, for what he has done for everyone.

“The only thing we could do today was win, and even though after the pit stop, it was not looking great, I gave it everything out there and pushed to the limit to get back.”

Verstappen added the win “definitely means a lot to me” given Mateschitz’s role in his F1 career, saying he was “so instrumental.” 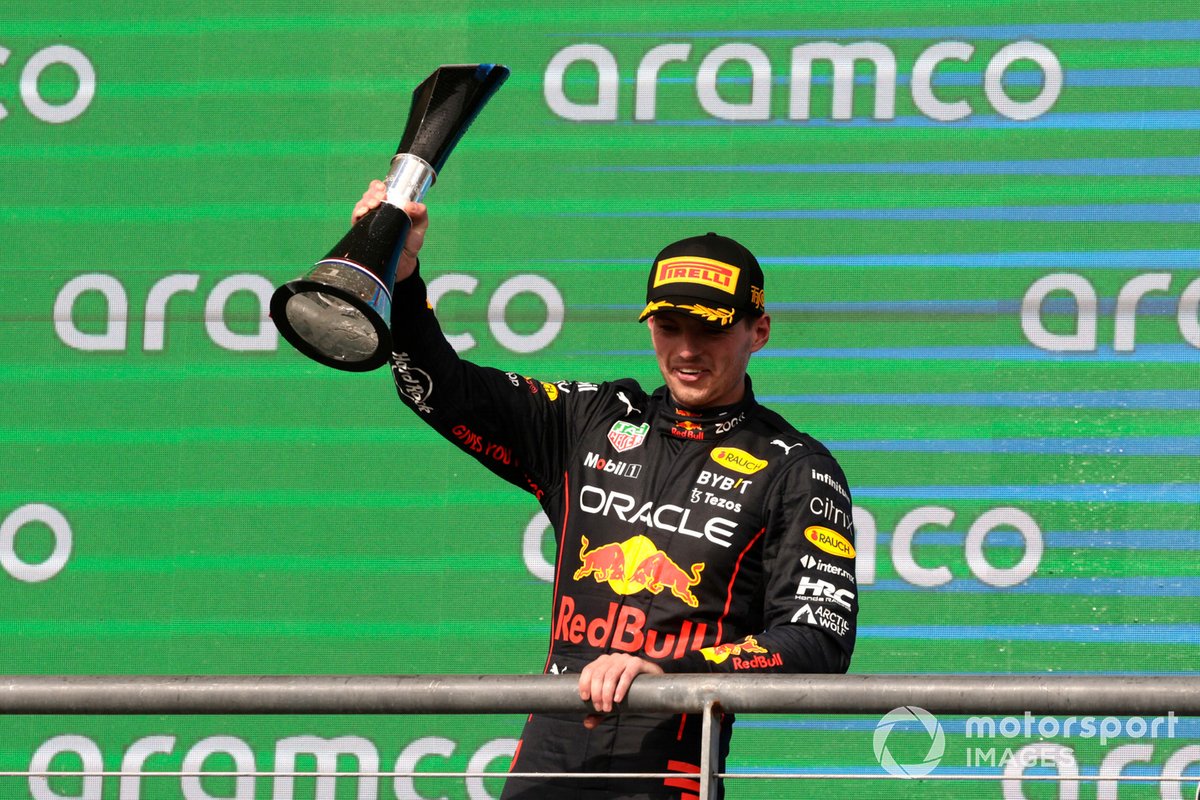 “You really wanted to have a good result today, and this feels amazing,” he said.

Red Bull wrapped up the constructors’ crown with three races remaining, giving it a sweep of this year’s titles after Verstappen won the drivers’ championship in Japan two weeks ago.

Ferrari had to outscore Red Bull by 19 points to keep the title fight alive to Mexico, but Red Bull managed to finish first and fourth to extend its lead by 22 points.

“We had a big chance to win the constructors’ here,” said Verstappen.

“Of course, you want to do that in style, and I think we did that today.”

Verstappen vented his frustration over the radio after the slow pit stop that cost him around nine seconds, having kept Hamilton at bay throughout the first two stints and the two safety car periods.

The Dutchman made a move on Leclerc to grab third place into Turn 12, having attempted a lunge into Turn 1 earlier in the lap. He was then able to pull a similar move on Hamilton for the lead, but had the Mercedes car filling his mirrors for the next few laps.

“This is a great track anyway for battling,” he said. “If you pass on a corner, you can come back on the next. It’s really enjoyable to drive here.”