Max Verstappen was perplexed by his lack of grip in Q3 of Formula 1 qualifying for the Saudi Arabian Grand Prix, feeling like he "was driving on a different tyre".

The 2021 F1 world champion was second and fourth respectively in the first two segments of qualifying, and felt that the performance in his car on used soft tyres was promising ahead of the final top-10 shootout for pole.

But Verstappen was only able to put together a time good enough for fourth overall, as team-mate Sergio Perez claimed his first career pole, having initially dropped to eighth following the initial flurry of runs.

Explaining that he had put the tyres through the same preparation throughout Q3, in which the Dutchman opted to take two build laps before going for a qualifying time, Verstappen was bemused why he was unable to extract the same performance under characteristically more ideal conditions as the circuit cooled.

"Q1 and Q2 was very good," Verstappen explained. "Even my last [lap] after the long red flag, I went out on that old set and it was looking really good. And so I was very comfortable going into Q3.

"But then I put that first tyre set on and I had no grip, it felt like I was driving on a different tyre.

"Every corner, I was just losing one or two tenths while doing the same preparation and everything, so I really don't understand what went wrong there. 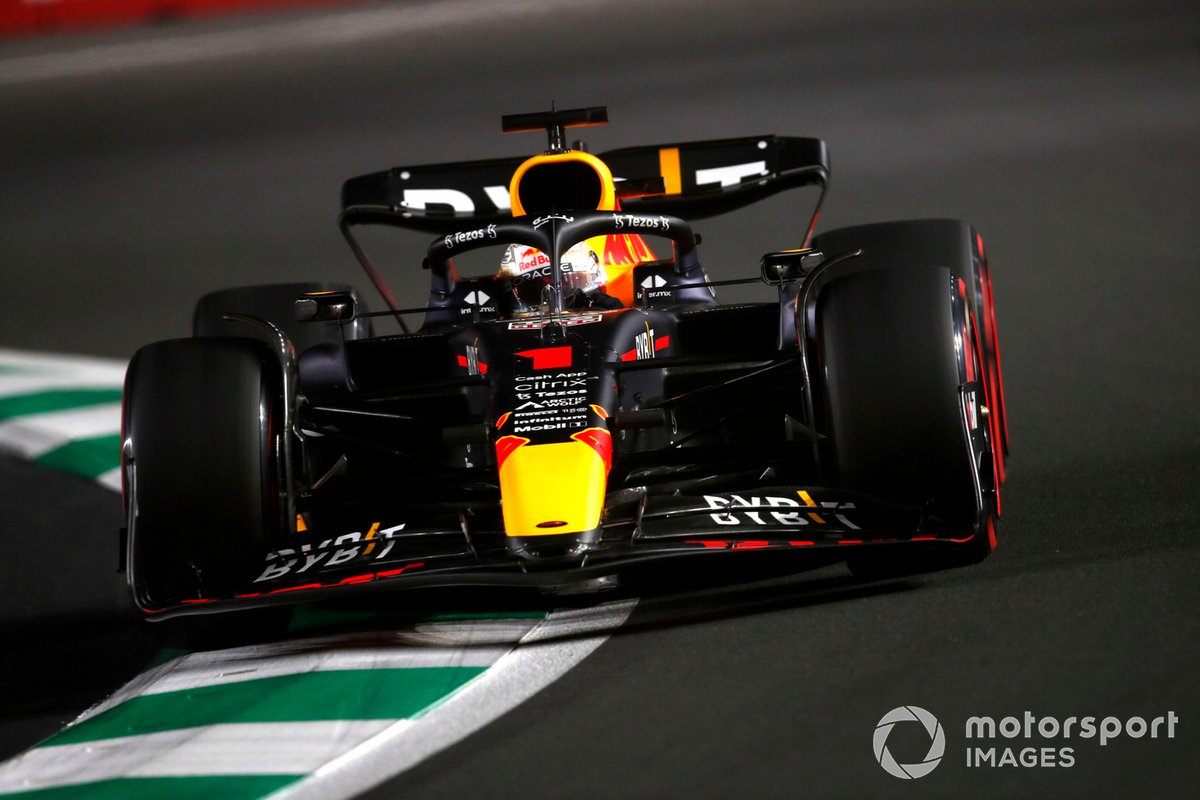 "And the second tyre set, after such a long break, because of the red flag, everything cools down - ambient, track - so there is a big track progression.

"But for me, it felt like I was actually just getting slower. So that's something which is very weird. "

Verstappen added it was "not the end of the world" for his own hopes of victory, having felt that the pace of the Red Bull RB18 was shown in Perez's successful run for pole position.

He added that the car looked particularly good in terms of top speed, which he felt would be useful in Sunday's race owing to Jeddah's high-speed nature.

"[The Q3 struggles were] pretty weird but yeah, we'll look into it. It's not the end of the world, because we see the potential in the car with Checo in first.

"I'm happy for him. He deserves it. So we'll look at tomorrow. I think we look good. We have good top speed as well. And I hope of course we can use that tomorrow."