Max Verstappen has condemned the “disgusting” burning of Mercedes merchandise by Formula 1 fans in Hungary amid the ongoing clampdown against abusive behaviour.

Over the Budapest race weekend, a video emerged on social media showing a fan at the track wearing what appeared to be an orange Verstappen shirt burning a black Mercedes cap.

It came just weeks after a similar incident was filmed in a fan area at the Austrian Grand Prix, where abusive fan behaviour led to F1 taking action by increasing security and launching a new campaign called 'Drive It Out'.

Verstappen was asked on Sunday following his Hungarian Grand Prix victory about the video of fans burning Lewis Hamilton merchandise, which he said was “of course not acceptable.”

“No, I definitely don't agree with that, because that's just disgusting,” Verstappen said.

“Overall, I think the majority of the fans which also were cheering a lot, I think throughout the race and also on the podium for every driver. I think that's how it should be.

“Yeah, those videos, or video, of burning merch, I think that's disgusting.” 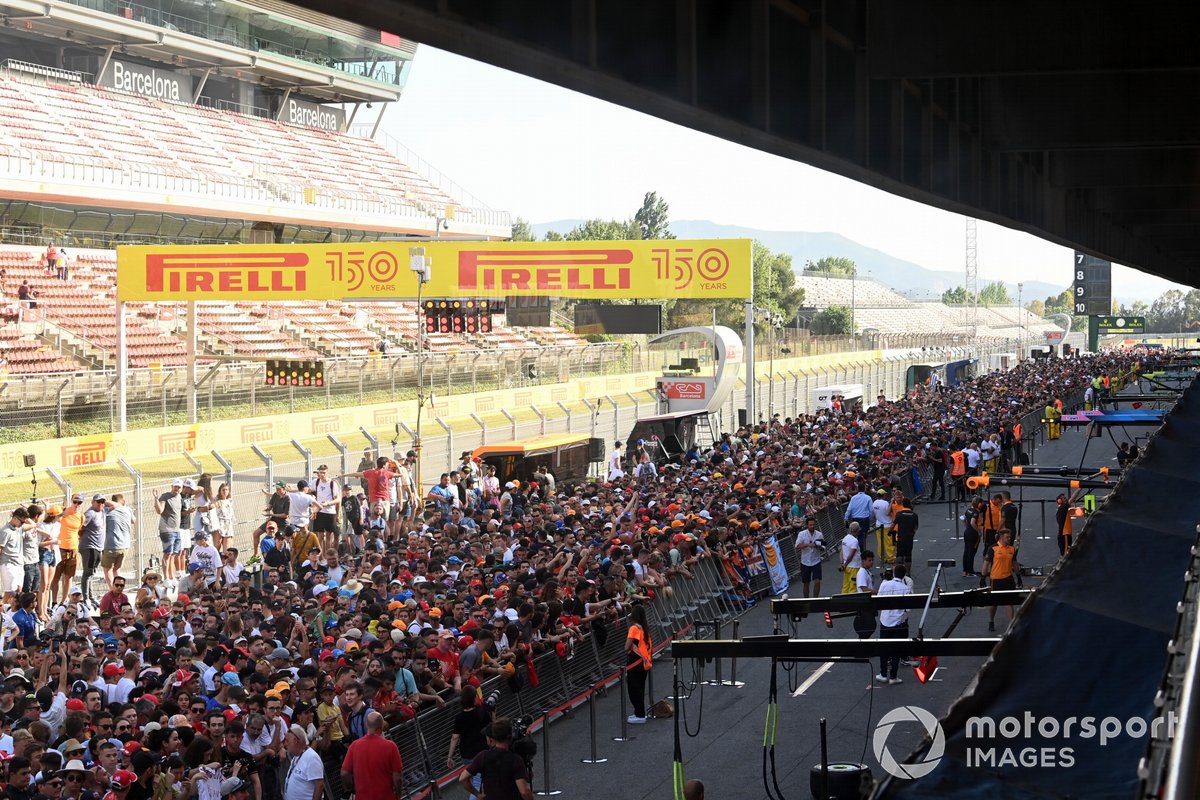 F1 fans in the pits

Verstappen and Hamilton were involved in a fierce fight for the F1 world championship in 2021 that spilled over into social media and has seen tensions between their fanbases at events.

At the British Grand Prix in July, Verstappen was met with cheers when he spun during qualifying before being booed during his post-session interview. Although Verstappen brushed it off, Hamilton called on fans to stop, saying: “I think we’re better than that.”

In Austria one week later - a race attended by more than 50,000 Dutch fans supporting Verstappen - there were cheers and celebrations in the grandstands when Hamilton crashed in qualifying, something the Mercedes driver said was “mind blowing.”

OPINION: F1 must act hard on abuse - no fan should ever attend a GP and not want to go back

Reports of abusive behaviour and fan harassment in Austria prompted widespread condemnation from F1 drivers and teams, as well as prompting F1 to embark on its 'Drive It Out' campaign that is focused on preventing abuse.

The campaign was launched with a video featuring all of the drivers condemning abusive behaviour, and is set to lead to talks between F1 and every race promoter about further steps to ensure fans are safe at events.