Max Verstappen has admitted he would like more front-end grip from his Red Bull, as he faces an increased threat from Formula 1 team-mate Sergio Perez.

The change of F1 rules for this year to move towards ground effect cars has led to a reset in terms of how they handle.

With the cars also being heavier and running much lower to the ground, so without the high rake that was common under the previous era, they are more prone to an understeer or more neutral characteristic.

Verstappen is well known to excel with a car that has a sharp turn in, as he is able to overcome a weakness at the rear end – so one of his previous key advantages has been wiped away.

“Let's put it this way: the car is still not what Max would like it to be,” he told Autosport's sister site Formel1.de.

“He needs a very strong front end. What happens with the rear end, where everyone gets nervous when it breaks out at 250km/h, Max doesn't even notice. Our car is more neutral, maybe a touch more good-natured. That's something that bothers him.”

PLUS: Why Leclerc could be only three laps short of a Baku F1 upset 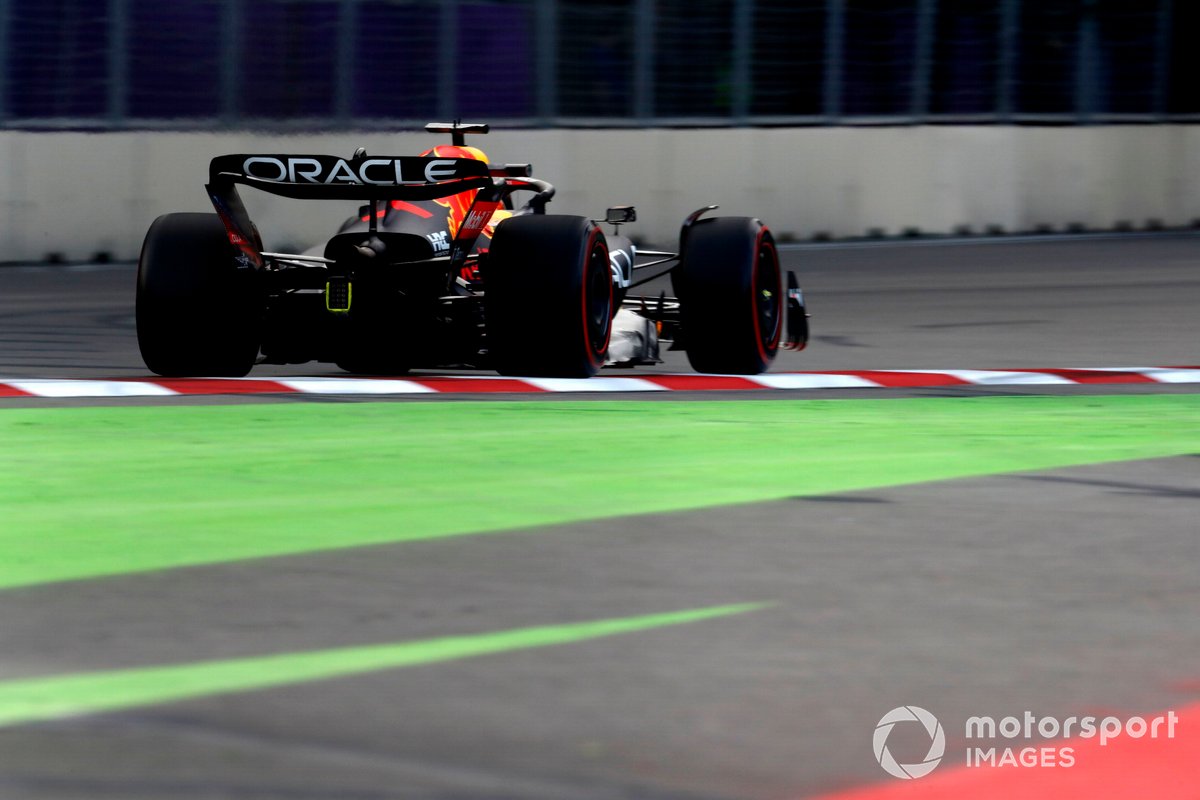 Asked by Autosport ahead of the Azerbaijan Grand Prix if he was seeking changes to the car to make the front end stronger, Verstappen explained he was pushing for tweaks but the situation was not as dramatic as some were making out.

“I definitely see, of course, that Checo [Perez] is a bit more comfortable than last year,” he said.

“For my side, yeah, I would like a bit more front end, that's what we're working at.

“I don't say that I'm uncomfortable in the car, but these cars are so heavy, and long, and wide that, with increased weight as well, you want a car which turns better, because it just goes faster around a corner.

“[It means] you can extract a bit more in qualifying when you really push it, which I cannot at the moment.

“But it's not all very dramatic. I mean, I still won four races. So, that's more than I did last year at this time. So, it's not that bad. It's just fine-tuning little things.”

Haas driver Kevin Magnussen, who returned to F1 this season after two years away, backed Verstappen’s viewpoint that the 2022 generation of cars suffer from more understeer than previous challengers.

“I’d agree with Max that the cars have more understeer mid-corner,” he said. “The car doesn't want to rotate as well as the old cars.”