Max Verstappen felt his victory in Monaco was a "good lesson" that "actions always speak louder than words" as the Formula 1 title fight against Lewis Hamilton intensifies.

Verstappen was able to move into the lead of the F1 drivers' championship for the first time in his career on Sunday by dominating the Monaco Grand Prix, scoring his second win of the season.

A difficult weekend for title rival Lewis Hamilton left the Mercedes driver seventh in the final classification, allowing Verstappen to overturn a 14-point deficit and move four points clear in the championship.

The swing in fortune came after Hamilton said on Wednesday he thought Verstappen "feels perhaps he has a lot to prove" in their on-track battles after some aggressive moves in the early part of the season.

Asked how important it was to land such an important blow in the title race, Verstappen appeared to cryptically refer to the comments made by his rival.

"I think that is a good lesson after this weekend. You have to talk on the track, and that is what I like.

"We as a team so far made the smallest mistakes, and that is why we are ahead. I hope we can keep that going for the rest of the season."

Verstappen qualified second on Saturday, but led the field away after polesitter Charles Leclerc was unable to start the race due to a driveshaft issue.

But the Red Bull driver remained focused on retaining the lead at the start, knowing the difficulty of passing in Monaco could make it hard to recover the lead. 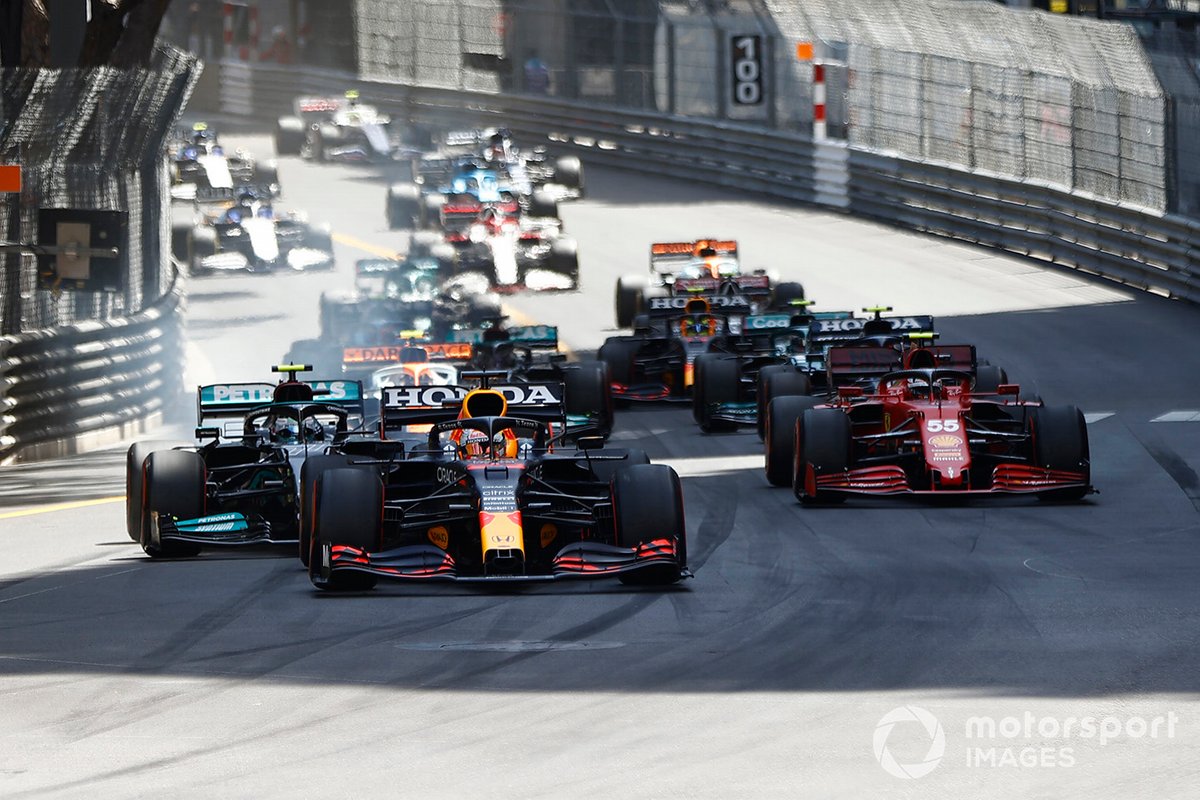 "It has been an amazing day," Verstappen said. "I think once we had the lead in Turn 1, from there onwards we could manage the pace quite well and look after the tyres.

"Around here it is about keeping them alive and try to go as long as you can and find the pit gap.

"I think Valtteri [Bottas] was struggling with his tyres and had to pit but of course it always looks like it is going quite smoothly.

"Keeping the concentration is not easy, but overall I'm super happy to win here."

Verstappen came under pressure from Bottas briefly at the start, having been concerned about the grip levels from P2 on the grid.

Red Bull had asked FIA race director Michael Masi if the field would be moved up a position on the grid after Leclerc's failure to start, but was told to keep the planned slots.

"I still had to start from second, which I think is not a great spot at the start on the outside," Verstappen said.

"I thought it was going to be good, but I had a bit of wheel spin so I had to cut across. Luckily I stayed in first, but the grip wasn't amazing."