Max Verstappen says his Formula 1 championship lead over Charles Leclerc is bigger than it should be given Ferrari’s performance compared to Red Bull so far this season.

Verstappen scored his seventh win of the 2022 season in Sunday’s French Grand Prix after Leclerc crashed out while leading towards the end of the first stint.

Leclerc qualified on pole for Ferrari and had led by just over one second from Verstappen before Red Bull brought the Dutchman into the pits at the end of lap 16.

Ferrari kept Leclerc out before he crashed on lap 18 follow a mistake, resulting in a safety car that resumed with Verstappen leading from Mercedes’ Lewis Hamilton.

Verstappen managed his tyres well to complete the race without pitting again, crossing the line 10 seconds clear of the pack. The win saw Verstappen's championship advantage swell from 38 points to 63, putting him more than two race wins clear with 10 races to go this season.

“It’s still very important to always score points, even on a bad day, which we did in Austria,” said Verstappen.

“Of course the lead we have is great, but it's probably a bit bigger than what it should have been, when you look at the car performances between the two cars.”

Verstappen admitted he thought Leclerc would have been faster through the opening stint of the race and it would be “very hard to follow”, only to find he could stay within reach easier than expected.

“Immediately I could see that our balance was not bad, but he could also be just managing a bit,” Verstappen said. “It looked like we were very competitive, but that’s of course what we like to see.” 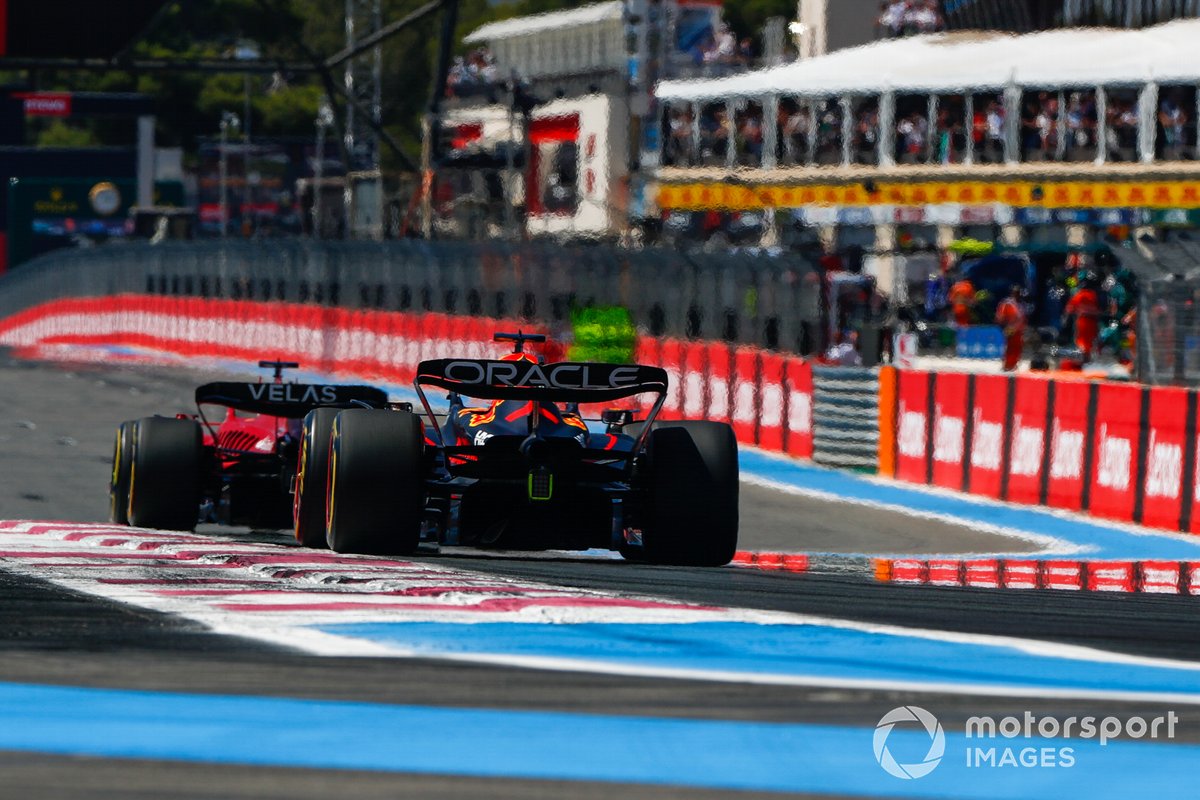 Verstappen acknowledged that his buffer to Leclerc was “a great lead”, but warned that “a lot of things can happen” after seeing his 46-point deficit to Leclerc after three races quickly turn around.

The result also saw Red Bull extend its lead at the top of the constructors’ championship over Ferrari to 82 points despite seeing Sergio Perez miss out on a podium late on due to a Virtual Safety Car glitch.

Red Bull F1 boss Christian Horner hailed the efforts of his team to adjust to the new regulations so well despite the intensity of the 2021 title fight, admitting the results and points advantages were “beyond my wildest expectations.”

“It really is testament to the determination, the dedication and the hard work that has gone on behind the scenes within the factory,” Horner said.

“We’ve seen Ferrari are very competitive also this year. We’ve seen Mercedes for sure are gathering momentum. But considering we were probably the last team to transition fully onto this year, it’s been a phenomenal job.”

Horner said Verstappen would have gained track position on Leclerc thanks to his early pitstop, but that it was always aiming to stick to a one-stop strategy after finding tyre degradation was lower than anticipated.

“It was the earliest that we felt was on the limit for the one-stop, and the tyre deg was better than we expected going into the race, to be honest with you,” Horner said.

“Going into the race we were leaning towards two [stops]. As the race unfolded, we started to move towards the one-stop, and we saw a little bit of track space that we could drop Max into.

“We pulled the trigger, by halfway around the lap, he had track position, so from that point, it was just a matter of bringing the tyres in nicely.”

Had Leclerc not crashed, Horner felt Verstappen would have been “able to defend reasonably comfortable” thanks to Red Bull’s straightline speed advantage in sector two, but thought it was “very, very tight between the two teams with a very different approach to achieving the lap time here.”