Stoffel Vandoorne was one of the pace setters once running started in anger, after a quiet morning due to cold weather, and the MCL33 briefly led the way after a run on Pirelli's new hypersoft tyres.

But while that lap was good enough to maintain third place by the end of the day, Vandoorne did not return to the track due to work required after the exhaust came loose.

"Unfortunately we had a small issue with an exhaust clip, just after lunch, which obviously detached the exhaust and blew a lot of hot air on some of the wiring looms," he said.

"One of those wiring looms was the brake wire as well, so the team took precautionary checks, which obviously meant things took a bit longer than expected."

Vandoorne said McLaren chose to use the softest tyre because it would be the easiest to warm up in the cold conditions, and he felt he got some good initial impressions about this year's car.

"It's very difficult to switch the tyres on and the softer compounds make that a bit easier," he said.

"Every time you go out and in [completing short aero tests] the tyres are losing a lot of temperature and they are not really built for these conditions.

"We had a very cold and damp circuit, so that took a while to get the running started for everyone.

"We took the opportunity to do some [aero] rake works, and gather some data during this time.

"After that the track got in a reasonable condition, we managed to do a few proper runs and try to understand a bit more the car we have this year.

"The first impressions were very positive. It felt very comfortable, no surprises, and some good learning done."

Asked about his first experience of the Renault engine, he added: "So far, very positive. Everything feels nice, the drivability feels very good, every change we make is working as expected." 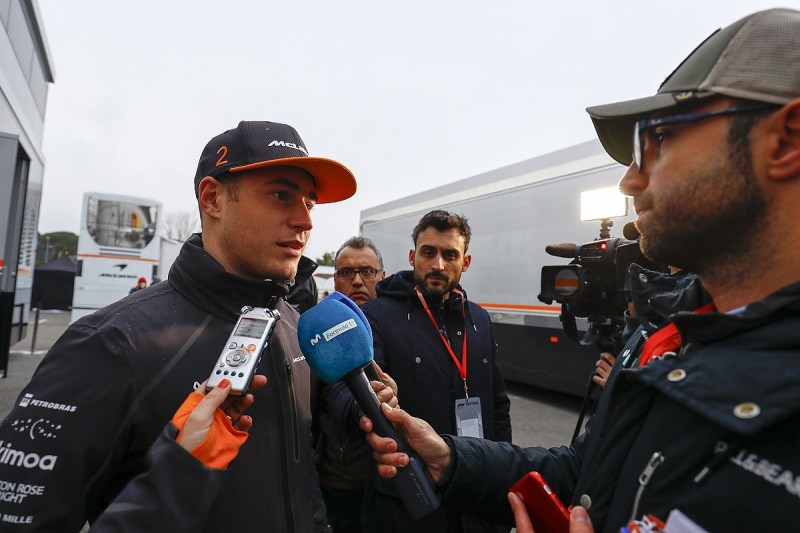