Former Williams driver Bottas is currently on a one-year deal, with Mercedes admitting it is keeping its options open for 2018 - when drivers out of contract include past champions Sebastian Vettel and Fernando Alonso.

Asked on Tuesday if he felt extra pressure in his situation, Bottas replied: "It is a great opportunity. For sure it is a big challenge.

"There is no doubt I will definitely need to prove to a lot of people, and the team, that I deserve the place.

"But I see things very positively. I see it as a great opportunity for my career to fight for wins and hopefully even for the championship."

He also insisted there was no risk of slipping into a number two role alongside Hamilton.

"Mercedes doesn't have a number one and number two driver, so it is up to me to perform.

"As long as I do my job - that is to perform at the level that the car should be - then we are good. And I know I can do it."

Bottas said there was much more to come from him as he had still been settling into Mercedes during testing.

"The first time I was in the new car, as expected, you could tell I was getting used to everything," he said.

"The car was behaving quite differently from what I was used to, but every single day I feel like - and I can see - I managed to make good progress.

"At the very end of testing I started to feel more and more comfortable.

"I definitely feel that my rate of improvement is going to be big this year.

"I feel every single time I am in the car I am getting better and more comfortable." 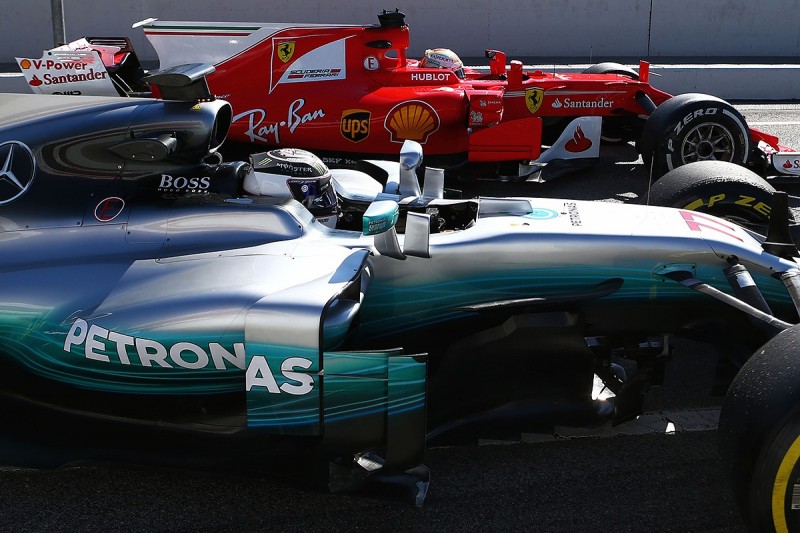 Bottas expects Mercedes to face pressure from Ferrari in the early races at least.

"It seems like they had a good winter. The pace they had in winter testing was quite interesting, and it is definitely going to be tough competition with them.

"I think they have a good package overall - with engine and car - so it will be interesting to find out if their car is going to suit Melbourne or if they are going to bring any upgrades.

"We are definitely expecting a close fight, at least to start with, this season.

"Then it will be a long year with development.

"The rate of improvement is going to be massive and it is really difficult to predict.

"Whatever the pace of different teams will be in Melbourne might not be the case in five races."