Valtteri Bottas signs with Mercedes to stay for 2021 F1 season

Mercedes announced on Thursday ahead of the 70th Anniversary Grand Prix at Silverstone that Bottas would be remaining with the team for 2021.

The Finn joined Mercedes in 2017, partnering Lewis Hamilton, and has played a role in winning the constructors' championship in each of his three seasons to date with eight wins in that period.

Autosport revealed last month that a new deal for Bottas had been agreed in principle, with official confirmation arriving on Thursday.

Mercedes announced that Bottas will remain with the team "until at least the end of 2021" in the statement.

"I'm very happy to stay with Mercedes in 2021 and build on the success we've enjoyed together already," Bottas said.

"Thank you to everyone in the team and the wider Mercedes family for their continued support and their trust in me.

"I'm very proud to represent this great team and the three-pointed star on our journey together again next year." 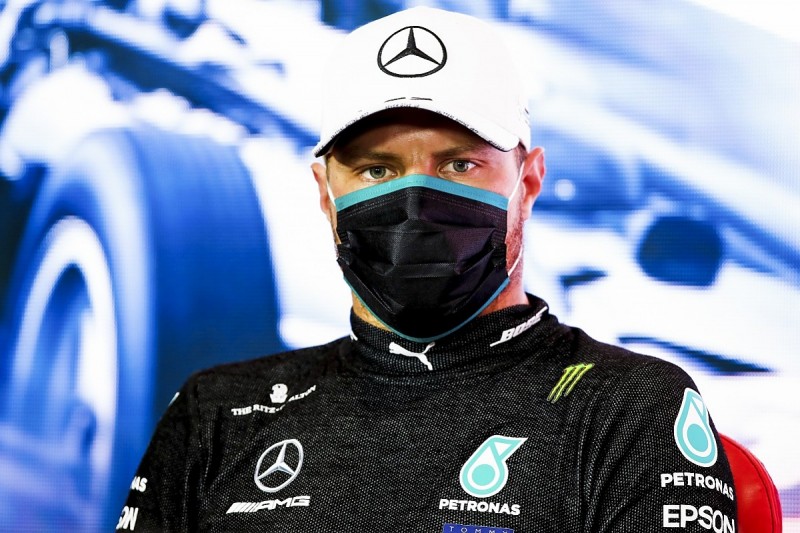 Mercedes team principal Toto Wolff added: "We are very excited that Valtteri will stay with the team for at least one more season.

"We're seeing the strongest Valtteri we've ever seen this year - in terms of his on-track performance, but also physically and mentally. He is second in the championship, finished the last season in P2 and plays a very important part in our overall team performance.

"I'm confident that we have the strongest driver pairing in F1 today and signing Valtteri is an important first step in retaining this strength for the future.

"Valtteri is a hard-working, straightforward guy who has a good relationship with the entire team - including his team-mate, which is not a given when both drivers are fighting for the championship.

"I'm looking forward to seeing him continue to raise the bar together with us this year and in 2021."

Mercedes is yet to confirm whether Hamilton will remain with the team for next season, but it is widely expected to be a formality once contract talks are finalised.

"We're in the middle of a shortened season and I want to give my absolute best in every single race we'll go to this year," Bottas said.

"The puncture last weekend was a bit of a blow in my fight with Lewis, but I'm determined to come back strong this weekend on the same track."

F1 reserve drivers: Who is eligible to race as a replacement?