At Interlagos a fortnight ago polesitter Bottas left space for Sebastian Vettel to slip through on the inside at the first corner, and that proved a decisive move as the Ferrari driver went on to win the race.

Bottas has team-mate Lewis Hamilton starting right behind him as Yas Marina as he seeks his third victory of the 2017 season.

"His confidence has been coming back in the last races," said Wolff.

"But the start [in Brazil] was certainly something he will beating him himself up about. 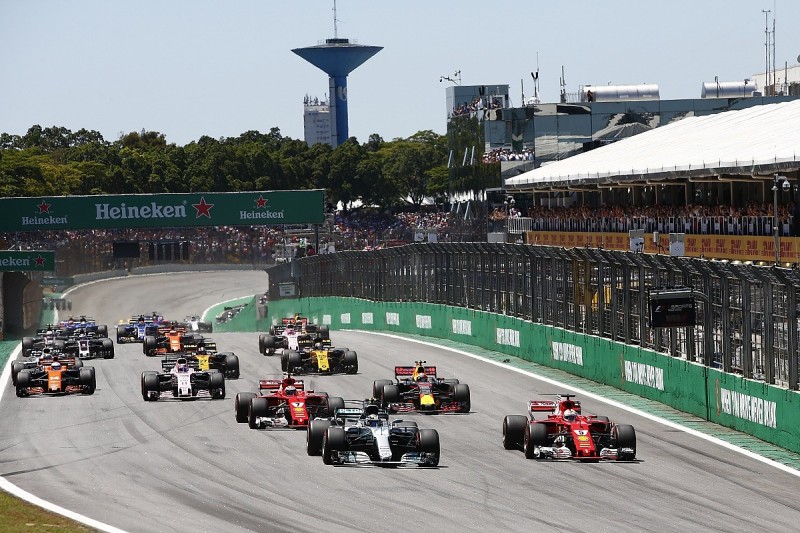 "The tricky bit is you don't really see in the rear mirrors, so he struggled to understand where Sebastian was, and didn't want to take any risks.

"Maybe [this race] is going to be a different ball game."

Wolff said the car was much more to Bottas's liking in Abu Dhabi, and that contributed to him beating his team-mate.

"We have never doubted in Valtteri's raw speed," Wolff added.

"You could see that again [in Abu Dhabi qualifying].

"The difficulty is the interaction with the tyres and just finding the optimum set-up to have the tyre in the sweet spot.

"This is something that has worked much better for Lewis, albeit also very difficult. Valtteri has hit that sweet spot [in Abu Dhabi]."

Asked what Bottas would have to do next season to keep the Mercedes seat for 2019 Wolff said: "It is important to see that he continues what he does in the first half year, what we have seen in Brazil, what we have seen today, and then it's a no-brainer.

"We like working with Valtteri and with Lewis, the two fit well together.

"We have good dynamics in the team and no reason to change it if we continue on where we are today."