US GP practice: Nico Rosberg fastest ahead of Daniel Ricciardo

In a reversal of form from the morning session, championship leader Rosberg lapped nearly three tenths quicker than F1 title rival Hamilton during their qualifying simulations on the super-soft Pirelli tyre.

But Ricciardo sprang a surprise by splitting the pair with a 1m37.552s effort that placed his Red Bull within two tenths of a second of the leading Mercedes.

Sebastian Vettel was fourth fastest for Ferrari, over half a second adrift of Hamilton.

Max Verstappen was fifth in the second Red Bull, while Force India pair Nico Hulkenberg and Sergio Perez, and McLaren-Honda duo Jenson Button and Fernando Alonso, all lapped faster than Kimi Raikkonen's Ferrari, which rounded out the top 10.

Raikkonen complained about the handling of the rear end of his Ferrari, and went off during his qualifying simulation, so had to rely on a second effort completed on the same set of tyres, which was only fractionally quicker than he managed on the soft compound early in the session.

Carlos Sainz Jr was the last man to lap below 1m39s, ending up 11th quickest in the underpowered Toro Rosso.

That put them clear of Williams pairing Valtteri Bottas and Felipe Massa, who were split by the second Toro Rosso of Daniil Kvyat. 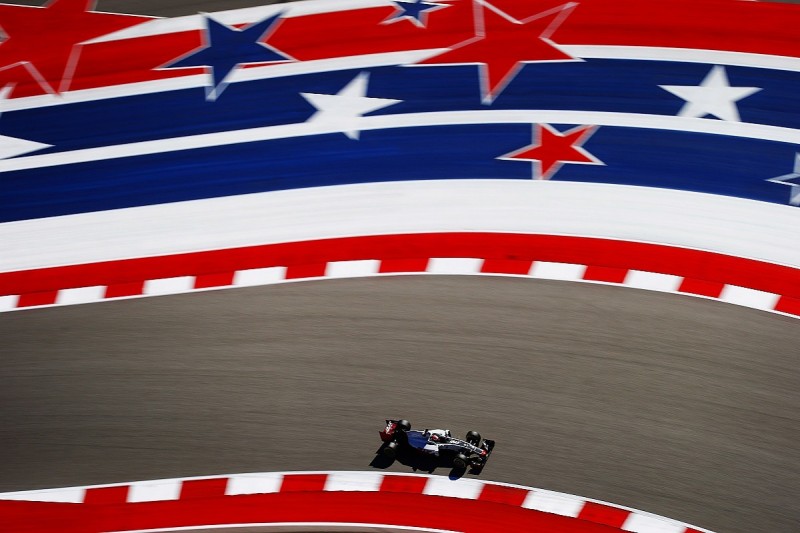 Haas endured another difficult session at its home race, with Romain Grosjean only 18th fastest and team-mate Esteban Gutierrez 20th, behind Esteban Ocon's Manor, which recovered well after an early spin into the gravel at Turn 17.

Grosjean complained that he could "barely drive the car", struggling particularly with the front end of his Haas.

Marcus Ericsson was 21st, over a second slower than team-mate Nasr, while Pascal Wehrlein ended up slowest of all runners, complaining of too much understeer in his Manor.

He returned to the track later and set improved times in the first and second sectors, but failed to complete the lap on each occasion so remained rooted to the bottom of the timesheet.

There was a brief red flag interruption just as the higher fuel long runs began, so marshals could clear some debris that fell from one of the Haas cars through the high-speed esses.

Gutierrez's car appeared to shed more bits later on through the same section of the circuit, something that also occurred during a troubled morning session for the Haas team.