Aston Martin Formula 1 team boss Mike Krack believes that a tyre pressure issue was the cause of Sebastian Vettel’s struggles in qualifying in Canada.

Vettel was third fastest in the wet FP3 session on Saturday and looked well set for a good result come qualifying.

However, the four-time world champion then struggled from the off in the soaking Q1 session, complaining on the radio that the car felt completely different.

He was left languishing in 17th place, just ahead of team-mate Lance Stroll, who faced a similar struggle.

Immediately after the session Vettel was unable to pinpoint what went wrong.

"We don't know yet,” he said when asked by Autosport if it was a tyre preparation issue. “But it must be something obviously, it was so different.

“It's disappointing because I think we could have had a really good result in these conditions, even better than in the dry. So I don't know, we need to have a look. It's too early to say something.

“But given how bad the car felt, it's not a surprise that we were so slow, but it's obviously bitter."

Vettel expressed his anger on the radio after crossing the line and being told by his engineer that he had missed the cut.

"I've calmed down now,” he said. “But what's the point of being pissed off now? It's one of those days where in a wet session, with a car like you want it to be, you can make a difference. And I don't know what went wrong. So we missed that opportunity.

“First of all, we need to try and understand what happened, whether there's actual damage or whether we did something wrong." 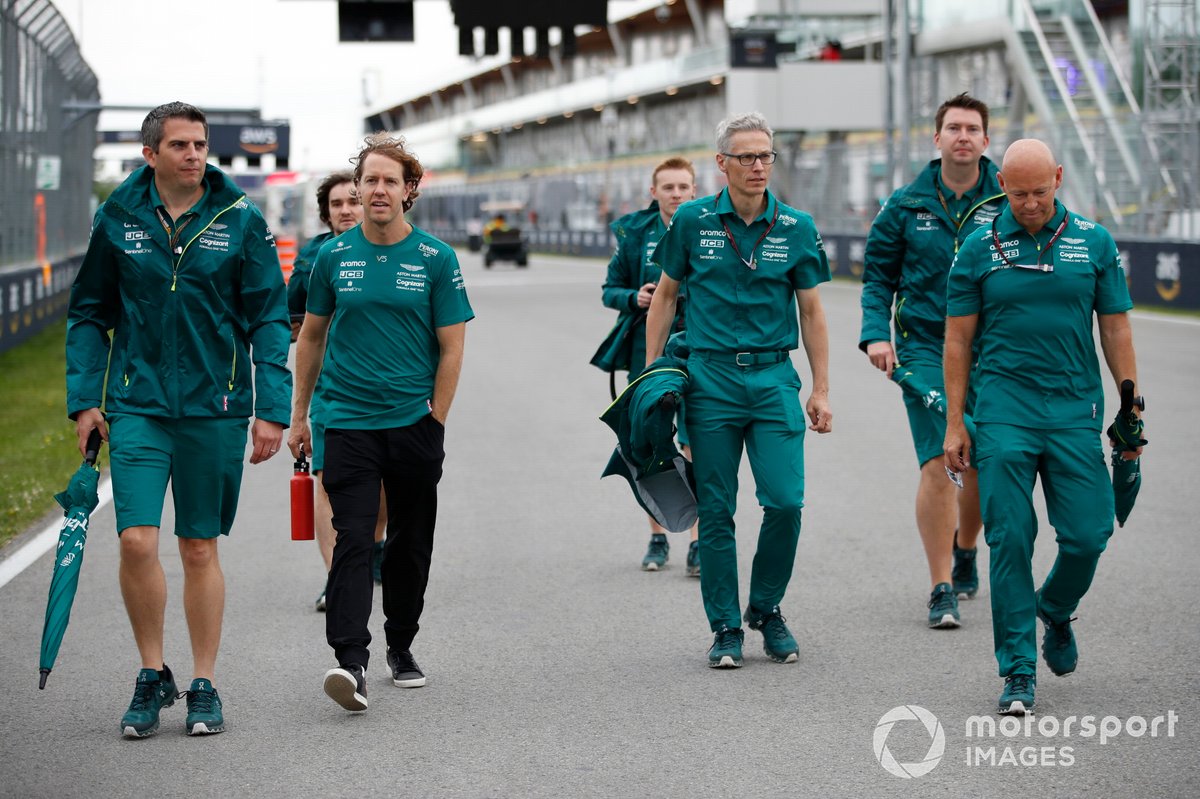 Krack said later that tyre pressures were the likely cause of the problems, with the team setting them higher in the garage and then getting caught out by the track drying faster than expected.

“We are looking into it,” he said. “We had no grip. Both drivers went out, we had not enough grip. Then we came in the box, made an adjustment took another set of tyres. And we had a similar problem. So we think it's tyre pressure related.

“And we thought that conditions were quite similar, but we had 20 cars on the track in the afternoon, which probably dried the track, or made the track faster, much, much quicker than we were anticipating.”

Krack also admitted that the team still has limited knowledge of the 2022 wets.

“To be honest, we have been the ones that go out in Barcelona, at the first test,” he said. “And then running these tyres in Monaco, for example, is not the same as running them here. So this morning, this was also one of the reasons why we decided to drive a lot, although you risk the cars with the walls.

“But we don't have a lot of experience with the tyres, especially in the cold because Monaco was also much much warmer. So we took the chance of this morning to try and learn as much as possible.

“But it went maybe a bit in the wrong direction.”

Despite starting only 17th, Vettel is confident he can still make the top 10.

“I still believe we can make some progress and maybe grab a point,” said Vettel.

“So let's see. It's the same old game, we are probably faster than the cars right ahead of us, we're stuck with them for the beginning, and hopefully we can have a good start, then we see with strategy.

“You're not going to be able to do something completely unexpected and come out first. But we need to be sharp.”