The Miami Grand Prix has reshuffled its management team following its inaugural Formula 1 race, with Tyler Epp promoted to president and Richard Cregan shifting into a consultancy role.

Former Abu Dhabi and Sochi track mastermind Cregan, who was named CEO for the second annual Formula 1 race in the United States, spearheaded the 2022 event at the new track built around the Hard Rock Stadium – home of the Miami Dolphins NFL team.

Epp, who previously served as the race’s senior vice-president and COO, has more than 20 years of senior management experience spanning multiple sports, including eight years at the Kansas City Chiefs NFL team.

“Tyler is a dynamic leader with integrity and diverse executive experience across multiple sports.  We are excited to promote him to President of the Grand Prix,” said Tom Garfinkel, the managing partner of the event and CEO of Miami Dolphins.

“I want to thank Richard for his hard work and leadership in the massive challenge of pulling off our inaugural event in such a tight timeframe. I look forward to continuing to work with him moving forward.” 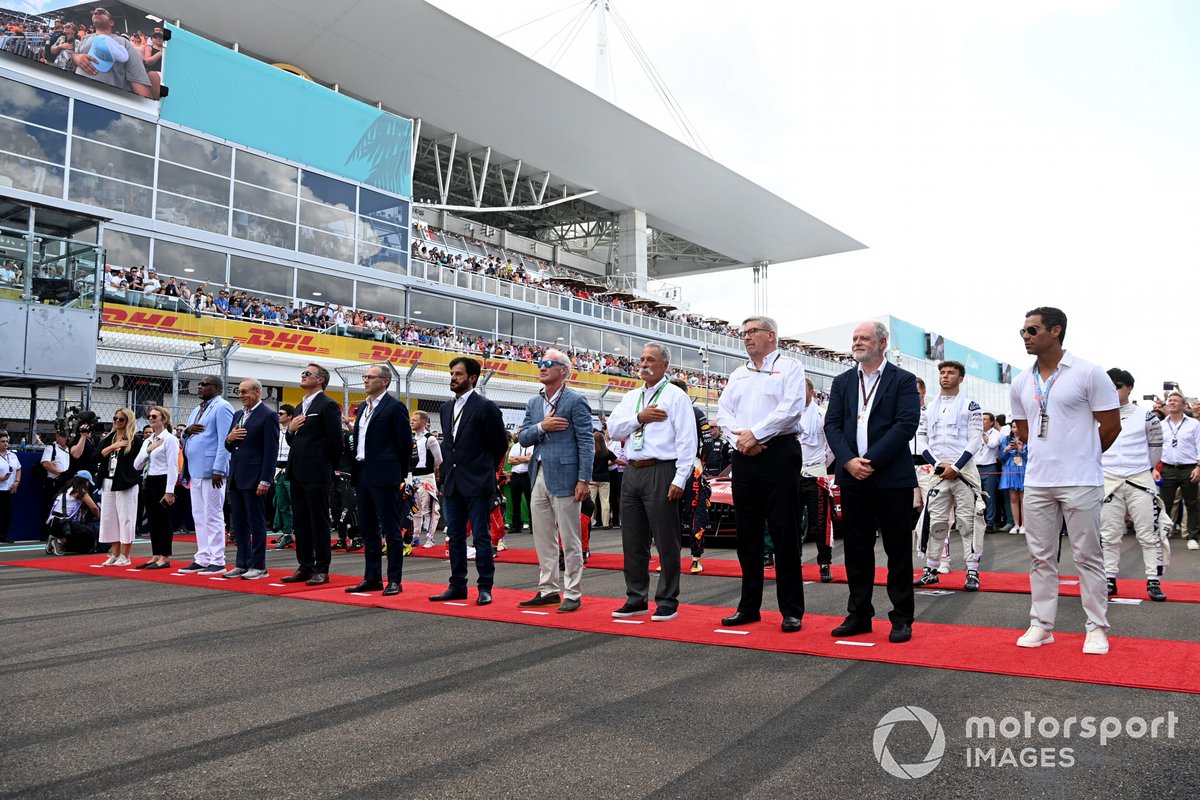 Dignitaries, including Richard Cregan, and drivers stand on the grid for the national anthem prior to the start

The first F1 weekend at the circuit was widely viewed as a success, albeit with issues encountered with the track breaking up following a construction error and problems with food delivery in the Paddock Club hospitality suites that came in for criticism.

Garfinkel, who subsequently vowed to make improvements for future events, originally targeted making a profit from Year 1. But higher than anticipated costs pushed it into a loss, despite attracting over 243,000 spectators across its three days.

This week, event promoter South Florida Motorsports revealed its economic impact report for the 2022 race, which claims it boosted the local economy by nearly $350million. Each visitor to the event spent a total of $1,940 in the city, with the largest number of racegoers coming from Canada, closely followed by the United Kingdom, Mexico, Colombia, and Argentina.

The report also states that a total of $50million in salaries and wages were earned by 867 local employees during the construction phase of the project, and the total economic impact of the track’s build reached $143million.

Cregan said: “We were proud to deliver on the commitment [Miami Dolphins owner] Stephen Ross made to impact the local economy and the people throughout our community; especially right here in Miami Gardens.

“Our team worked selflessly to create a campus and experience that was unique to the international culture of Miami. We look forward to growing the event and the positive impact it will continue to make here for years to come.”

Hamilton leads tributes to ‘one of the greatest in F1’ Vettel