Ferrari says a double whammy of circumstances meant it was too "tricky" swap positions between Charles Leclerc and Carlos Sainz on the final lap of Formula 1's Brazilian Grand Prix.

Sainz was running in third place, with team-mate Leclerc just behind him on the road, as the laps counted down to the chequered flag at Interlagos.

With Leclerc chasing a second-placed finish in the F1 drivers' championship this year, he came on the team radio to request that the team switch positions to give him extra points.

It was a scenario that had been discussed and approved in the morning's strategy briefing, but in the end Ferrari did not see it through.

Afterwards, Leclerc expressed some disappointment that Sainz stayed ahead at the finish.

Asked by Autosport for his thoughts on the matter, Leclerc said: "I kind of understand that obviously Carlos is on the podium but I normally don't ever ask these type of things.

"I did [it] because we had a discussion before the race, mentioning this case. And, for some reason, then we changed our minds in the heat of the moment. That was very frustrating, but it's like this."

Ferrari has revealed, however, that there were two factors at play that meant it elected not to interfere with the track positions and get Sainz to drop back behind Leclerc.

The first was the risk of Sainz getting a five-second penalty for a safety car rule infringement amid the confusion over Yuki Tsunoda's position on track. 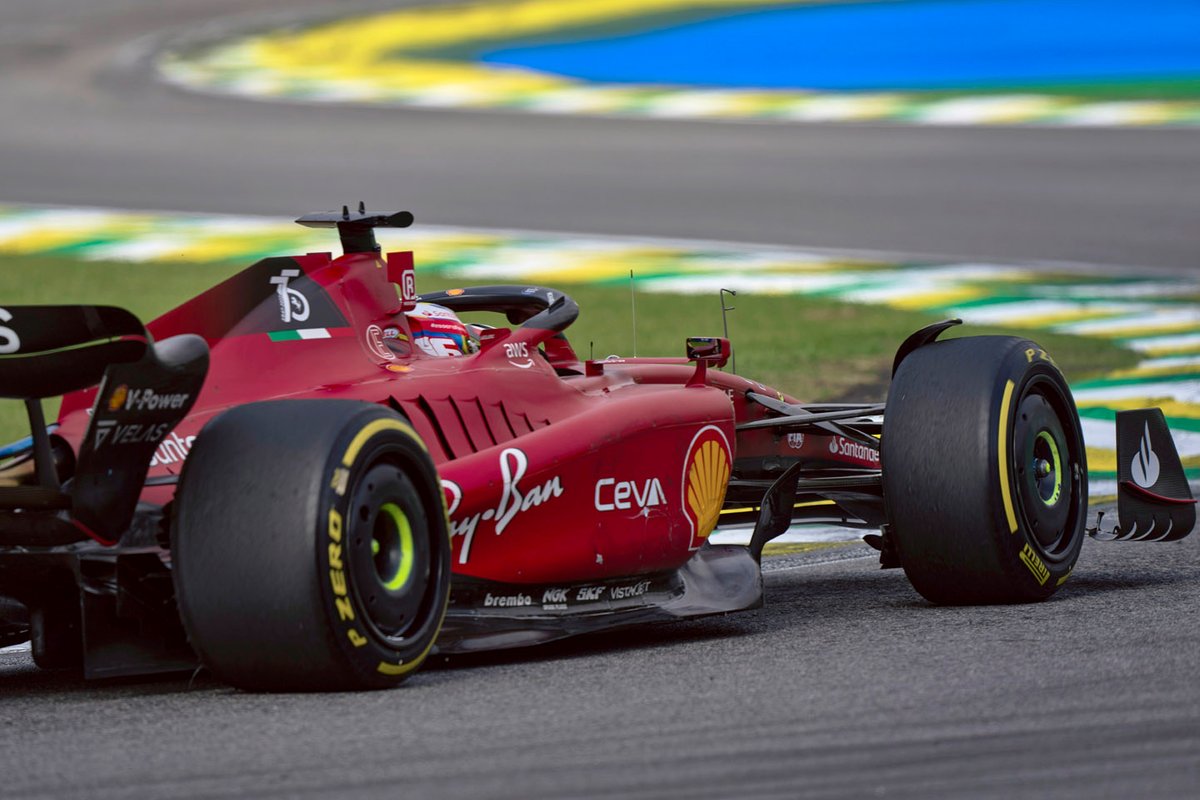 And the other was that Leclerc was being closely followed by both Fernando Alonso and Max Verstappen.

That meant there was a very real risk of Sainz losing more positions if he was handed a penalty or mistimed the Leclerc pass. This could have proved costly in the constructors' championship battle.

Speaking about the situation, team principal Mattia Binotto said: "Swapping the two cars on the last straight was certainly tricky, because Charles had Fernando and Max just behind. So certainly it would have been tricky and somehow dangerous.

"But more than that, we knew that we were under investigation for what happened behind the safety car with Tsunoda.

"We were cleared by Race Control at the time so we were quite, let me say, comfortable, but without having a conclusion on that matter, it would have been risky, because a five-second penalty, for example, would mean that then Carlos would have been losing more than one position.

"So, for the constructors' championship, it was certainly better to stick with the positions and the gaps on track."

Ferrari is still second in the constructors' championship, but just 19 points ahead of Mercedes with just one race to go in Abu Dhabi.

In the drivers' standings, Leclerc and Sergio Perez are joint second on 290 points, with Perez having lost the opportunity to edge ahead after teammate Max Verstappen refused to move aside for him on the final lap in Brazil.

Hamilton: Latest Verstappen clash shows I am a "target"