Pierre Gasly topped a drizzly final Formula 1 practice session for the Turkish Grand Prix that was briefly interrupted by a red flag following a spin for George Russell.

Rain throughout Saturday morning in Turkey left the track damp for the start of final practice, leaving drivers to complete their initial exploratory laps on the full wet tyres.

After seeing Lando Norris make the switch from wet to intermediate tyres 15 minutes into the session, a number of other drivers followed suit as a drying line continued to emerge.

But the session was red-flagged after 22 minutes when Russell spun off the track at Turn 2 after touching the white line on the inside apex of the corner.

The spin left Russell’s Williams FW43B car beached in the gravel, and while he did not hit the wall, he was unable to get going again, forcing officials to throw a red flag.

The session resumed five minutes later after Russell’s car had been removed, but Russell’s spin did not deter drivers from sticking with intermediates once they got back out as the track continued to dry. 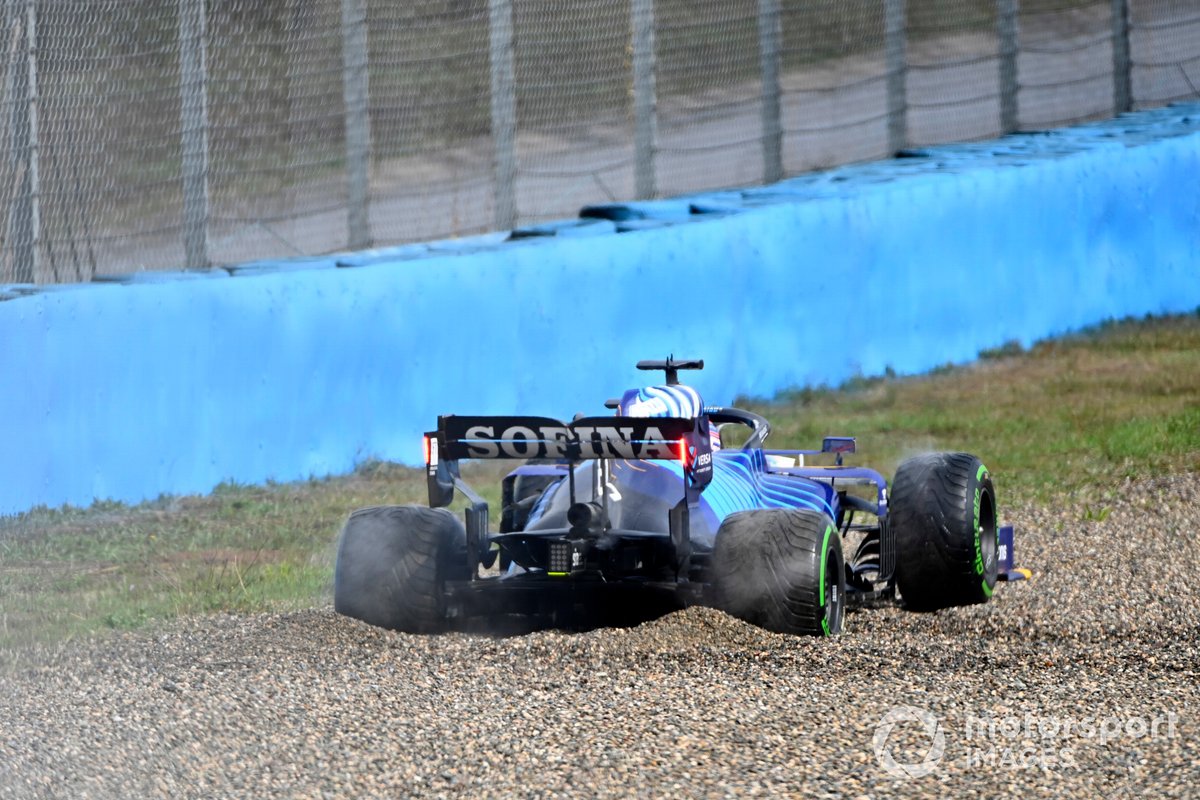 George Russell, Williams FW43B, spins into the gravel and out of FP3

While drivers including Nikita Mazepin, Max Verstappen, Sebastian Vettel and Charles Leclerc all had spins, the track improved throughout the session, leaving many struggling with overheating front tyres as it dried but remained too damp for a switch to slicks.

Verstappen was able to go one second clear of the field not long after the session resumed before his spin one lap later at Turn 9, something he called a “nice 360”.

But it was Gasly who set the fastest lap of all not long after Perez’s effort, posting a time of 1m30.447s to take top spot for AlphaTauri.

Gasly reported to AlphaTauri that he was damaging his front tyres because the track was now so dry, with most struggling to improve their times in the closing stages due to the overheating.

Perez ended FP3 third for Red Bull, while Ferrari continued its good practice form in Turkey as Carlos Sainz Jr and Charles Leclerc finished fourth and fifth in FP3. Leclerc did ask to try slick tyres in the closing minutes of the session, but remained on intermediates for his final run. 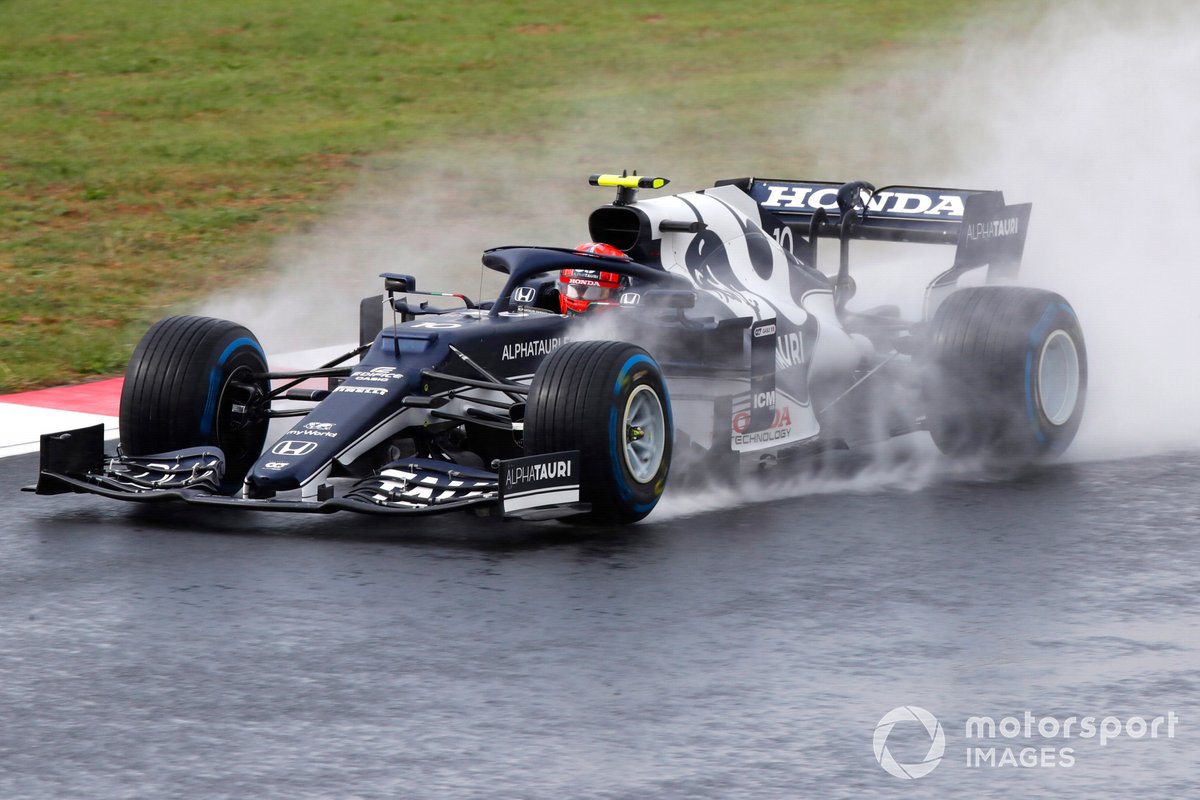 Fernando Alonso took sixth for Alpine after escaping a run through the gravel at Turn 1, while Kimi Raikkonen was one of the few late improvers, grabbing seventh for Alfa Romeo. The team was summoned for an informal chat by race director Michael Masi after Raikkonen was almost released into the path of Mick Schumacher in the pit lane.

Yuki Tsunoda finished eighth in the second AlphaTauri car, but was left fuming over the radio after being impeded by Perez through Turn 11 in the spray midway through the session, although race control made no note of what happened.

Bottas ended the session ninth for Mercedes, while Esteban Ocon rounded out the top 10 for Alpine, finishing ahead of Antonio Giovinazzi and Sebastian Vettel.

Schumacher took 13th for Haas ahead of the McLaren pair of Daniel Ricciardo and Lando Norris, who were trailed by 2020 Turkey pole-sitter Lance Stroll in 16th.

Nikita Mazepin finished 17th in the sister Haas car ahead of Hamilton, with the timesheets being propped up by the Williams pair of Nicholas Latifi and the beached Russell.