Tsunoda's rookie F1 struggles "not out of the blue" - AlphaTauri

AlphaTauri technical chief Jody Egginton says Yuki Tsunoda's rookie struggles have not come "out of the blue" given the growing complexity and difficulty of entering Formula 1 for young drivers.

Tsunoda stepped up to F1 at the start of the year after finishing third in Formula 2 last year, but has experienced an up-and-down first half-season in grand prix racing.

The Japanese driver crashed out of qualifying at Imola before spinning in the race when bound for points, and also had Saturday incidents in Azerbaijan and France.

Tsunoda acknowledged that he needed to "calm down" after his early crashes, and scored points in three of the last four races before the summer break, including his best finish to date of sixth in Hungary.

AlphaTauri F1 technical director Egginton felt that Tsunoda had been progressing "day after day" through his first season, and that to encounter moments of difficulty was nothing unusual.

"If you consider any first-time driver in F1 who's had any length of career, they have ups and downs," Egginton told Autosport.

"I can think back to my time in previous teams where at the start of the season with a young driver, there was a mixture of exuberance and bad luck. And before you know it, you are five races in and scratching your head and going 'what's gone on there?'.

"It's not unusual for me. It's frustrating and challenging, but it's not out of the blue.

"I think some of the added focus is on the fact that he had a good opening race. The car's competitive, and then the expectation goes up, but you're still on that same learning process. 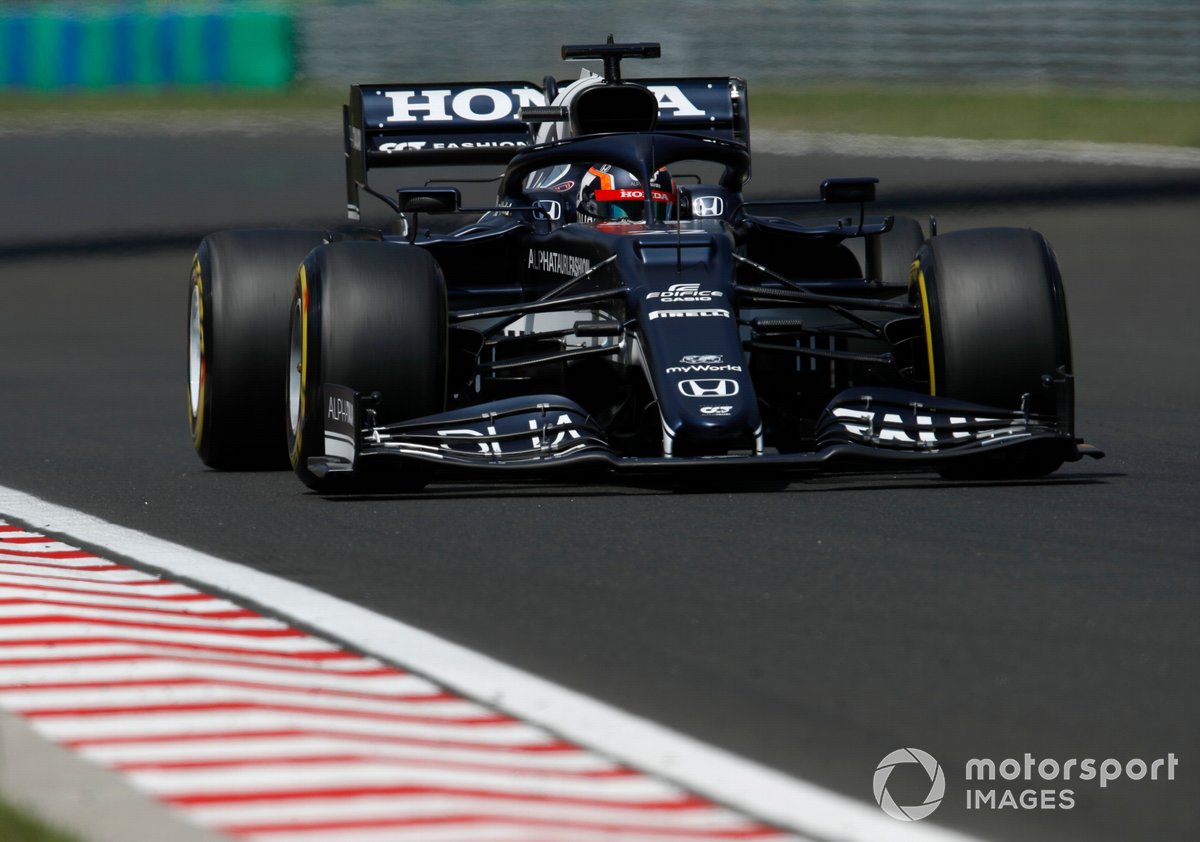 "If you are in focus and towards the front when it happens all of a sudden the question marks and the questions seem to be a little bit more intense, but for me, I don't see anything out of the ordinary."

Tsunoda's arrival in F1 with Red Bull's junior team came after an accelerated rise through the junior motorsport ranks. The Japanese driver was racing in Formula 4 in 2018 before moving up the ladder every single year.

Egginton noted that while such a rapid progression to the pinnacle of motorsport was not unheard of, the complexity of modern-day F1 would have made Tsunoda's adaptation more of a challenge.

"Obviously he's not the first with [Felipe] Massa, [Kimi] Raikkonen, other people like this doing it," Egginton said.

"What is different now of course is the complexity of Formula 1. In terms of the driver work load, it is difficult to draw parallels to other instances.

"It wasn't so many years ago where you could have a bit of a rough FP1 and recover it in FP2. Now if you miss track time, you are struggling to come back at it.

"If you've got a younger driver in the car, it is even harder, because that track time has more value. There is so much going on, but [Yuki] is on the learning curve, it's a steep curve and he's doing a fantastic job."

Schumacher: Points would be "amazing bonus" in F1 rookie season