Yuki Tsunoda accepted blame for his collision with AlphaTauri Formula 1 team-mate Pierre Gasly in the British GP, but says he didn't expect the Frenchman to turn in on him.

The pair were running in seventh and eighth at the time of their clash, which led to Gasly's eventual retirement and a lowly 14th place finish for Tsunoda.

Onboard footage revealed that their battle first began to heat up at Stowe on lap 10, with Gasly's graining soft tyres having allowed his team-mate to close up.

Tsunoda went down the inside and Gasly ran wide off the circuit but still managed to get back in front before Vale.

Tsunoda stayed close to the sister car and then tried a run down the inside at the tight right-hander at Village, where contact sent both men spinning off the track.

Asked by his engineer how his car was, the Japanese driver replied: "My car is okay, but fu***ng hell!"

Tsunoda received a five-second penalty and two penalty points for causing a collision, while Gasly was eventually called in to retire with wing damage.

Tsunoda insisted that he thought he had the space to make the move but accepted that he was at fault.

"Well, from my side, my speed it was easy to make the corner," he said when asked by Autosport about the incident.

"But at the same time I didn't expect that he'd close the door. I mean, he didn't close the door fully, but it was not enough space, I would say, to turn.

"Obviously, if we drive battling each other, we want to give the minimum room as much as much as possible, because you don't want to let the car pass so easily.

"So I can understand Pierre. Of course, definitely I can wait for a different opportunity. I would say the main thing is I'm sorry for the team.

"I mean, definitely, we've got to have a conversation. Obviously my other situation, I was faster clearly. But anyway, that's my fault I would say. Nothing I can say other than this."

Expanding on the contact, he said: "There was no overspeed. I will say it was still possible to keep me in the white line in the exit, because I obviously I tried to overtake before the corner, not in the middle of the corner.

"And I didn't expect he'd try to still fight against me in a corner, but that was my mistake. 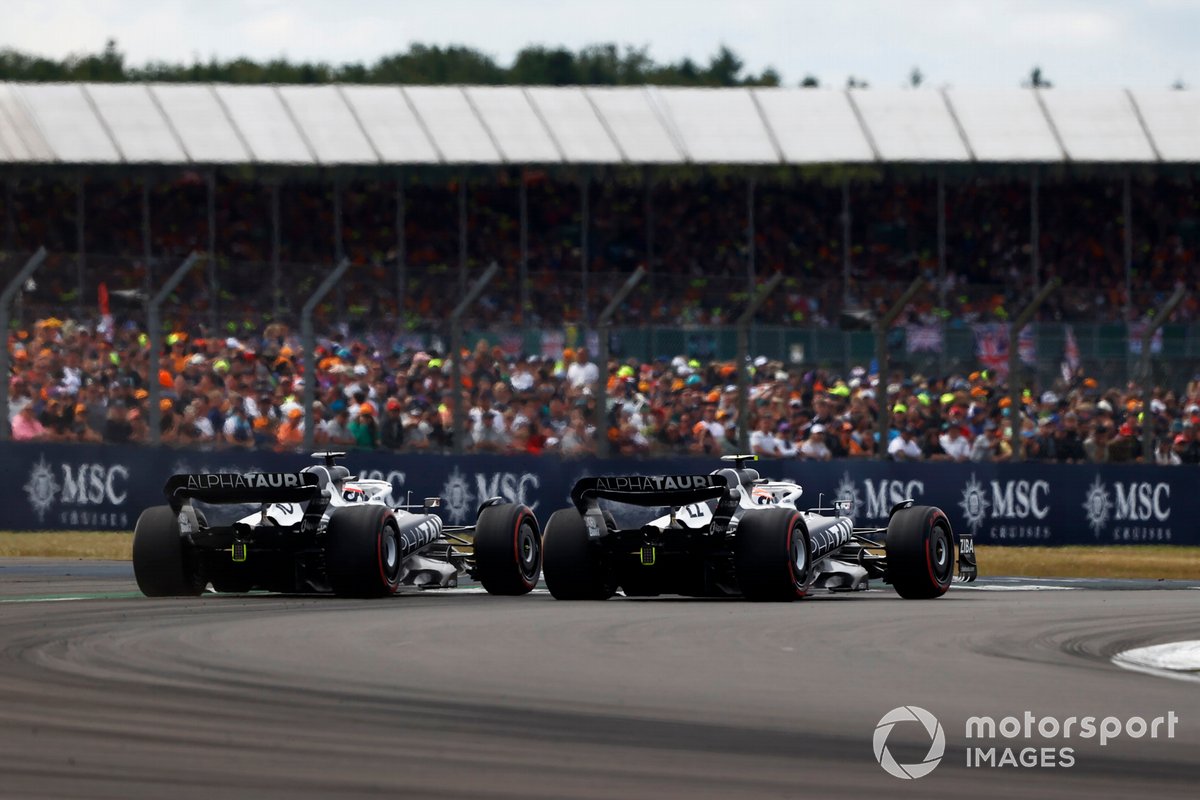 Gasly declined to criticise his team-mate in public, but he made his frustration clear.

"I'm extremely disappointed because we were in such a good position after the restart, both in the points on a track where we struggled massively," said the Frenchman.

"So something which needs to be discussed internally, and I'm not going to start talking here, but I'm extremely disappointed to lose an opportunity like this.

"In a difficult season like we're having we can't miss this sort of opportunity. It's the first time we're having such a scenario in such a situation. It was just unnecessary."

AlphaTauri technical director Jody Egginton stressed that the team was not happy with Tsunoda's move.

"It's very frustrating to have thrown away a likely points finish on a weekend where the team and drivers have worked so hard to extract the maximum from the package and get the cars into a position to fight for points," he said.

"Contact between team mates is never good, but in this instance with both cars suffering extensive damage, one of which we had to retire, there was really no way back.

"As a team we will sit down and have the necessary discussions, as the move Yuki made today was not the best and needs to be avoided."

Tsunoda flew back to Italy with team boss Franz Tost on Sunday night, giving the pair plenty of time to talk through the incident.