Tsunoda missed out on competing in his home grand prix in his rookie season last year owing to the cancellation of the race amid the COVID-19 pandemic, meaning Friday morning's opening practice session marked his first laps in anger of the famed figure-of-eight venue since he raced at Suzuka in Japanese F4 back in 2018.

The Japanese driver racked up the most laps of any drivers in the field across the two sessions, completing a total of 43 laps despite the treacherous conditions.

Besides a brief trip through the gravel at Degner Curve midway through FP2, it was a fairly routine day for Tsunoda, who was 19th-fastest in FP1 before improving to 14th in the afternoon with a best time just three seconds off the pace set by George Russell.

Recalling the experience of leaving the pitlane at Suzuka in an F1 car for the first time, Tsunoda said: "It felt amazing, definitely a dream come true.

"From when I left the garage for my first lap in FP1, it just felt very emotional, especially when I entered Turn 2.

"Definitely I enjoyed it, I wasn't feeling pressure or anything. I tried not to feel overexcited, but especially outside of the car I started to feel more adrenaline, more energetic [from the fans]."

Commenting on the tricky conditions, he added: "It was really important to think carefully about the timing of when to find the sweet spot. In moments when the rain stopped, that's when my best times came, and sometimes the rain would start again on the next lap. 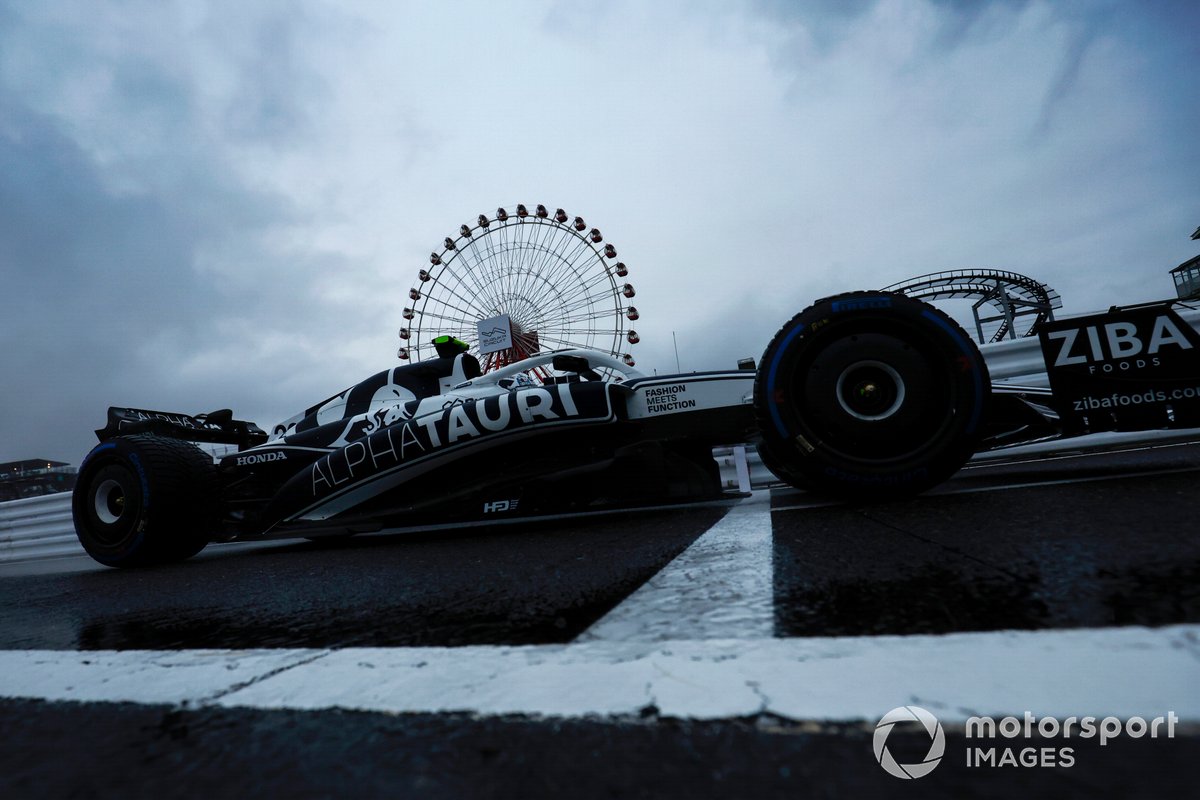 "But I wasn't thinking about the times, everyone will be running in the same conditions in qualifying, so I was focused on understanding the car and just accumulating experience of Suzuka."

Dry conditions are expected for Saturday's running, meaning Tsunoda is set to have just one hour of track running in FP3 before he goes into his first home F1 qualifying session.

"Tomorrow I want to build up to it like I did today, and I'm aiming to make it into Q3," he said. "I can't predict how FP3 will go but I'll just do what I'm able to do.

"Of course, I wanted to drive in the dry, but I can't change the weather, and I'm happy I was able to stay focused in the wet."

Tsunoda was the second driver to hit the track at the start of FP1 after Haas driver Kevin Magnussen, and said that wanting to reward the 38,000 fans that turned out to watch trackside in the poor weather was on his mind when he left the pitlane.

"Compared to the other drivers I don't have experience at Suzuka or driving in front of my home fans," he said.

"So even though it was raining quite a bit at the time, I wasn't thinking about the times, I just wanted to gain that experience.

"The spectators had been waiting in the rain, and I thought it would be easier to see in the spray when there were few cars on track. It was a similar feeling to when I made my F1 debut.

"I was really surprised and grateful at how many fans turned out in the rain."