Yuki Tsunoda had a “good chat” with Red Bull to clear up the incident in Mexico Formula 1 qualifying after facing criticism from Christian Horner.

After giving AlphaTauri team-mate Pierre Gasly a tow in the final run of Q3, Tsunoda tried to get out of the way of Perez and Verstappen as both were closing during their last flying laps of qualifying.

Tsunoda went off-track at the esses to get out of Perez’s way, only to distract the Mexican driver and cause him to follow in sympathy. Verstappen then backed off his lap, in anticipation of a yellow flag.

Red Bull F1 chief Horner said after the session that his drivers got “Tsunoda’d”, but AlphaTauri boss Franz Tost defended the Japanese rookie, saying there was nothing more he could have done to get out of the way.

Speaking on Thursday in Brazil, Tsunoda said that his AlphaTauri team felt there was nothing more he could have done with the information he was given, and revealed he had also spoken with Red Bull about the situation.

Analysis: Why Tsunoda wasn't at fault in Mexico qualifying controversy

“Yeah, we spoke lots of times about the Q3,” Tsunoda said.

“The engineers agree that I couldn't do anything more than really that in that situation. But also at the same time, we can clearly see that there's room that we have to learn about radio conversation.

"Also I spoke with Red Bull as well the day after and we had a good chat and I also heard that from their perspective about their Q3.

“So it was just unfortunate and we just have to learn from it and try not to do the same thing next time.” 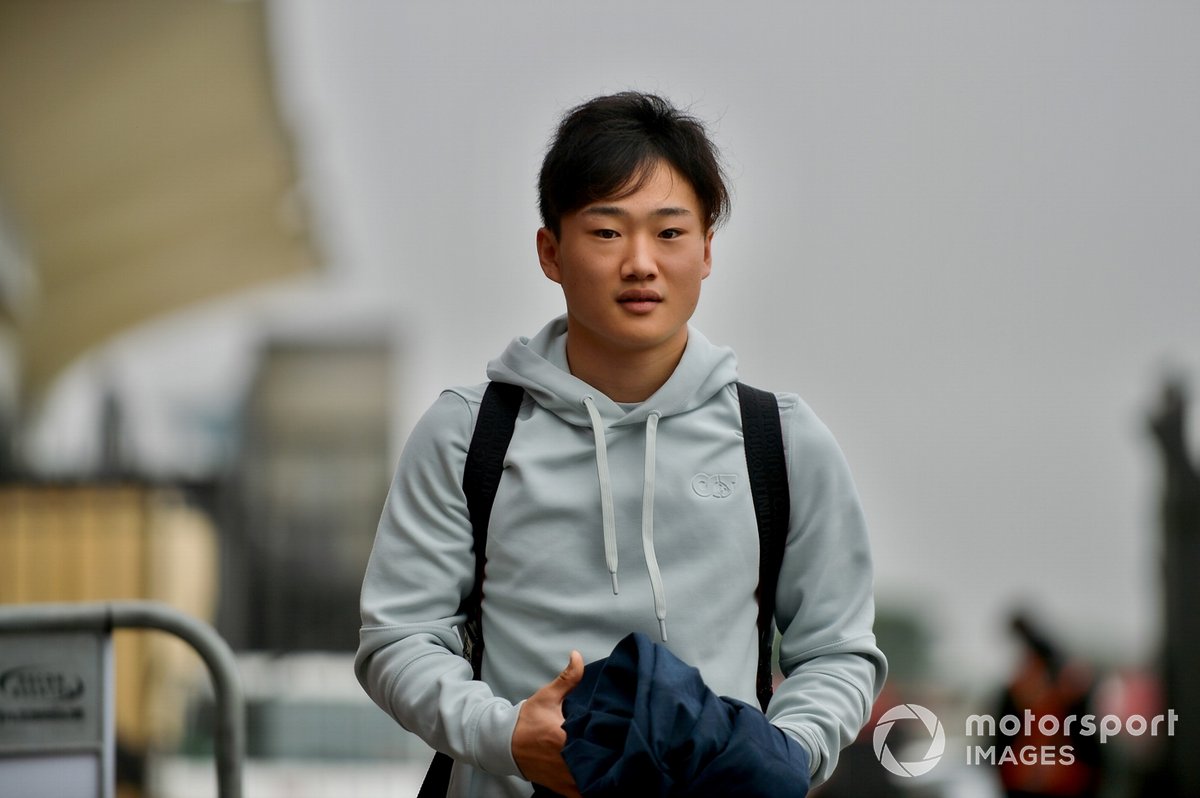 Tsunoda would go on to start the race near the back of the grid due to an engine penalty, and retired following a first-lap collision at Turn 1.

Gasly was able to finish the race in fourth place for AlphaTauri, leading the midfield and scoring enough points to draw the team level with Alpine for P5 in the constructors’ standings.

Tsunoda said the fight with Alpine was “very tight” and “very exciting”, but felt confident that AlphaTauri had the quicker car going into the final four races.

“We know that especially from the second half of the season, we have a quicker car and we have confidence, and especially in Mexico we showed a good performance,” Tsunoda said.

“Scoring good consistent points definitely helps for the team, and of course we are aiming for fifth in the championship as well.

“To achieve that every single race is going to count and definitely I need to help the team for that to be achieved.

“It will be tough especially for me. The only track I have previously driven is Abu Dhabi and there is the new format this weekend, and only one practice before going straight into qualifying, so it is not going to be easy.

“But we know we have a quicker car and a good car, we just have to put it all together.”