Tsunoda is set for his third F1 season with the Italian team after learning the ropes alongside Pierre Gasly.

With the Frenchman departing for Alpine, Tsunoda will be joined by Nyck de Vries, who boasts an impressive CV across Formula E, Formula 2 and sportscars, but is a rookie in F1.

While Tsunoda has been with the team for two years, Red Bull driver mentor Helmut Marko still thinks 27-year-old De Vries' experience, which also include test and simulator work for Mercedes, will make him the natural leader at the team.

"Yuki is young and doesn’t have this experience and background, so [Nyck] should lead the team," Marko said when De Vries was announced as Gasly's replacement.

"We will see how it goes next year, but from the experience and the personality he has, he should be the team leader." 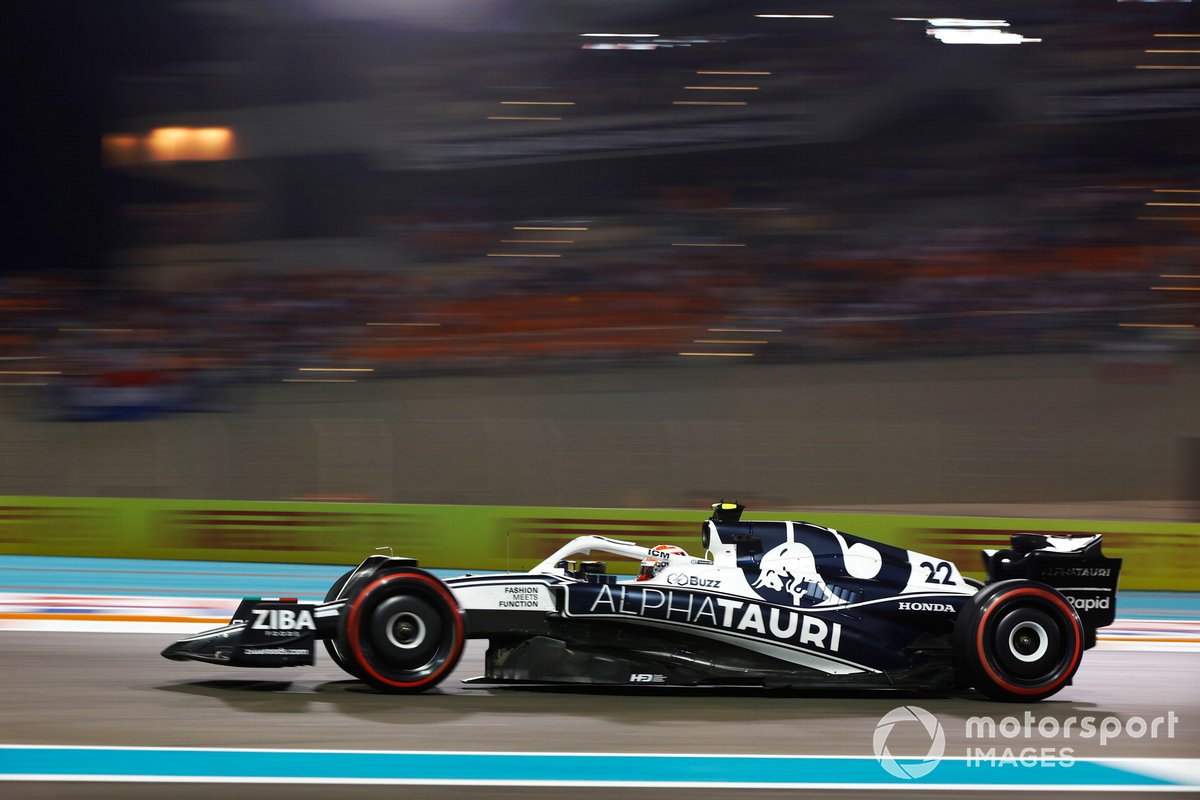 Tsunoda felt that he will also be handed more responsibility as AlphaTauri's longest-standing driver and dismissed that De Vries will automatically take a lead role, pointing out that whoever is the fastest driver will end up taking charge of the team.

"Well, the faster guy is going to be leading the team anyway," Tsunoda said when asked about his position within AlphaTauri with De Vries coming in.

"So, I don’t care, team leader or not, I'm just focused on my job, lots of things to learn and improve.

"Obviously, I'm still more responsible than this year, because Pierre is going to leave. But still, I'm having strong confidence I can achieve that. I’ll be back stronger."

Tsunoda's confidence stems from a stronger end to 2022 despite a rough year for AlphaTauri, which slipped to ninth behind Haas.

"I think overall for this season, I’ve always progressed every race pretty well, and I’m pretty happy about the shape I ended up this year," the 22-year-old Japanese explained.

"Obviously, I still need a lot of improvement, especially consistency, but at least I’m clear about the target for next year.

"Also a big thank you to Pierre. The last two years, without him I couldn’t achieve this much progress and I learned a lot of things from him. I’ll miss him, but it was a pleasure to work with him."