Yuki Tsunoda rejects conspiracy theories that resulted from his Dutch Grand Prix retirement and wants to ask Formula 1 fans suggesting them "how does your brain look like?"

At Zandvoort, Tsunoda reported that his AlphaTauri AT03 felt as if one of the wheels was not attached properly, and pulled over - unfastening his seatbelts as he was ready to retire.

But the Japanese driver was given the call to keep going and trundled back to the pits.

There, he took on a different set of tyres and was seen having his seatbelts buckled up again before returning to the track.

Apparent issues persisted, however, and Tsunoda was instructed to pull over and call it a day. The problem was later diagnosed as differential related.

This resulted in a series of conspiracy theories and wild accusations being directed at Red Bull and AlphaTauri, suggesting that Tsunoda's retirement was part of a gambit to win the race.

"Well, it's funny that fans are really excited to always create the story," Tsunoda said ahead of the Italian Grand Prix, when asked by Autosport about his response to those theories.

"Straight away, I felt some strange things at the rear part, which I thought first was the tyre. I got radio from the team to stop the car in a safe place at the side of the track. So I just stopped, and I nearly switched off as well. 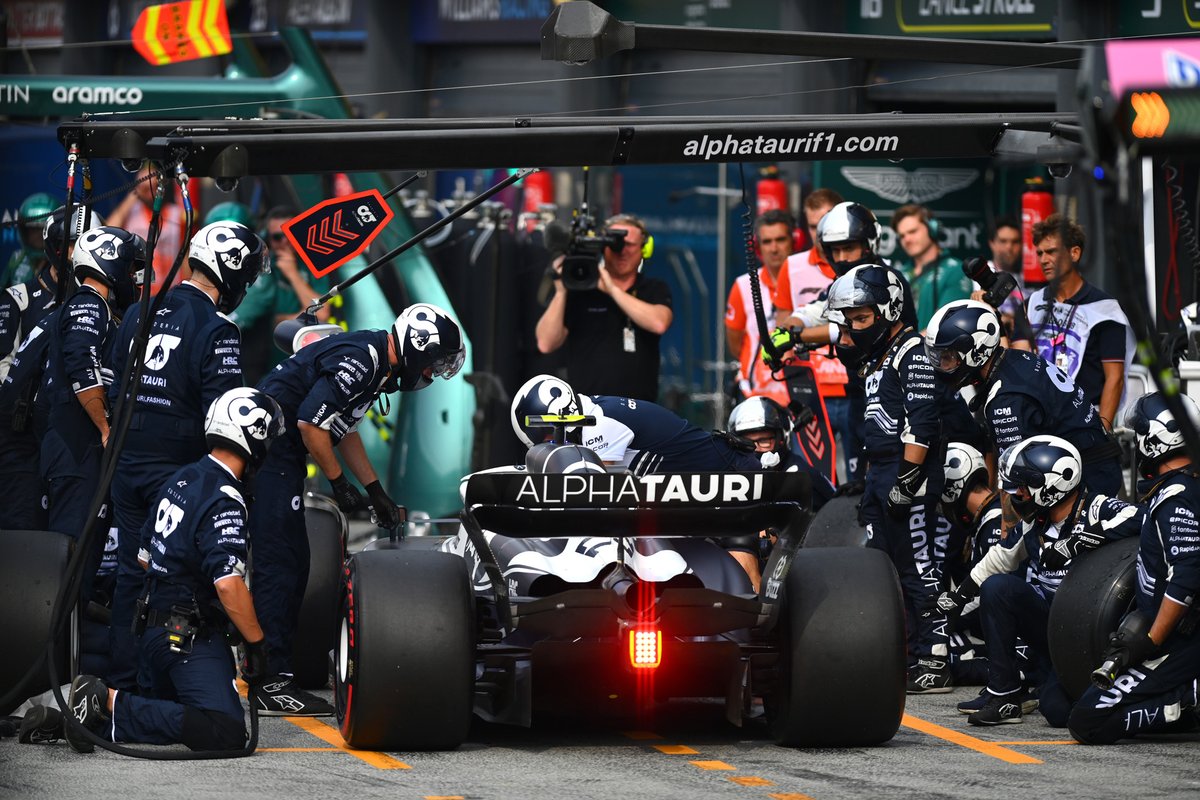 "But I got told again from the team that we didn't find any issues. That's why we restarted, we fitted a new tyre, but I felt clearly that there was an issue again.

"I said to the team that there's definitely an issue. So that's why they said to stop."

"It's just a super simple fact that there was an issue in the car, and we confirmed there was a differential issue.

"Of course, the situation made it of course a little bit confused, but there's not any room to complain to the team, myself and also especially to Red Bull that it's such a, to be honest, crazy, crazy story.

"And I was also running in opportunity, a good place to score points. So yeah, there's not any reason to just help them."

Asked if F1 fans had legitimate reason to ask about the possibility of unscrupulous behaviour given past instances in F1, Tsunoda said that he did not want to know, and suggested that the rumourmongers should take 'an MRI scan' to check there was nothing wrong with their brain.

"I don't want to know and I don't care," Tsunoda said in response to fan cynicism.

"I want to actually ask how your brain looks like, scan the MRI and see what's wrong. It's funny how they create the story.

"We're in Italy, they're in the UK. We perform in completely different fields."