AlphaTauri Formula 1 boss Franz Tost says there was never a doubt that Yuki Tsunoda would get a new contract with the team beyond the 2021 season.

Rookie Tsunoda arrived in F1 with high expectations, but has endured an erratic campaign so far, with several crashes in the first half of the season and being overshadowed by team-mate Pierre Gasly.

AlphaTauri announced earlier this month that it would retain both Gasly and Tsunoda for 2022, and the Japanese driver admitted he was surprised to have his contract extended given his on-track performances so far.

"To be honest, my first half of the season was quite inconsistent. From my side I was a bit surprised I'll be staying next year," he said.

Asked by Autosport if there was ever a doubt that Tsunoda would get a new deal, Tost said: "For me personally no, because nowadays if you bring a rookie into Formula 1, you must give him time.

"Formula 1 is really so complex, is so difficult. Yuki so far has done a reasonably good job. He was fast, he finished in Budapest in sixth position, and his first race he was ninth in Bahrain.

"Of course, he had some crashes, but I always say the crash period is part of the education process. How will someone find the limit if he is not allowed to crash?" 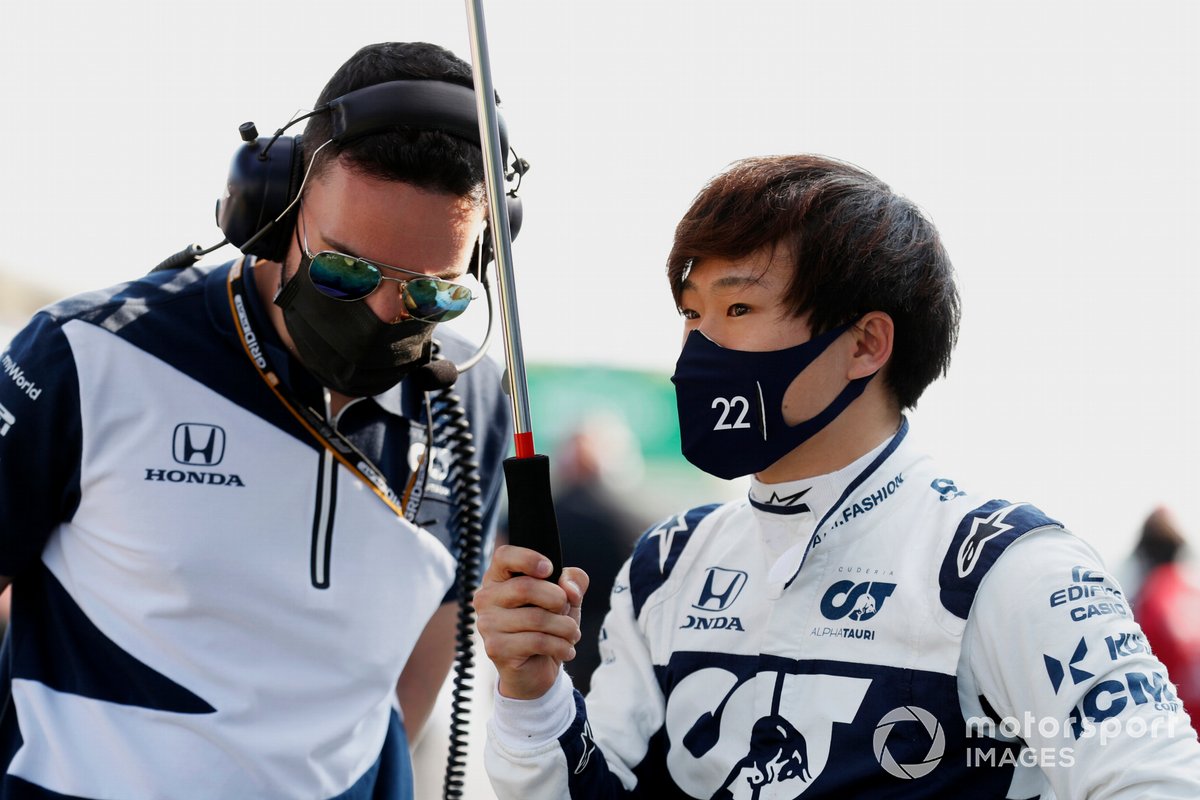 While Tost says he hopes Tsunoda's "crash period is finished now", he recognises the remaining races of the season are also likely to be difficult for the rookie driver.

"We are looking forward for the second half of the season. Although it will not be an easy one because all these young drivers don't know neither America nor Mexico, nor Sao Paolo, nor Turkey, Saudi Arabia no one knows," Tost said.

"That means there's a lot of work in front of us to bring him on a good level. But on the side of Pierre Gasly, who is for me one of the fastest drivers in Formula 1 nowadays, he can learn a lot.

"I think that he will close this gap and I'm looking forward for this driver lined up next year when we have a new car, that at least there we have constant and that's important for us."

"Of course, this helps, because he knows he is with the team," he added. "And as I mentioned already before, the second half of the season will not become so easy as he is on race tracks which he doesn't know.

"But nevertheless, he is improving his performance, he's doing a good job and therefore, parallel to this, he will also improve his self-confidence.

"And of course, if you crash with a Formula 1 car at higher speed it's not an easy one, just to take it away. But I think that Yuki has the nature to get back his self-confidence and as more laps as he's doing as better it will be."