Since making his F1 debut at the start of 2021, Tsunoda has gained a reputation for being very vocal over the radio and often shouting about incidents, leading to quotes such as “traffic paradise” that have since become part of the paddock’s lexicon.

Red Bull advisor Marko oversees all of the marque’s junior drivers, including Tsunoda at AlphaTauri, and said ahead of the Austrian Grand Prix that the Japanese driver was “prone to outbursts of anger, but he is bloody fast.”

Marko also revealed Red Bull had recently hired a psychologist to help Tsunoda, who said he hoped it would stop him getting “overheated” in the cockpit.

But Tsunoda downplayed concerns over the image of him being angry in the car, believing he has been keeping his temper under better control this year.

“On the race track, as soon as I wear a helmet, probably it gets slightly easier to get frustrated,” Tsunoda said.

“Recently I’m able to control it well, compared to last year for sure. I don’t think it’s only myself that gets angry around the track.

“It looks like I’m specifically angrier than others because I’m probably shouting, that’s why. Recently I’m not like that angry. I keep myself calm.

“Of course it’s not every time. But yeah, I think there are other things I have to focus on, so I don’t really care much for those things.

“I think even I shout, as soon as I perform well in that race week, no-one cares.” 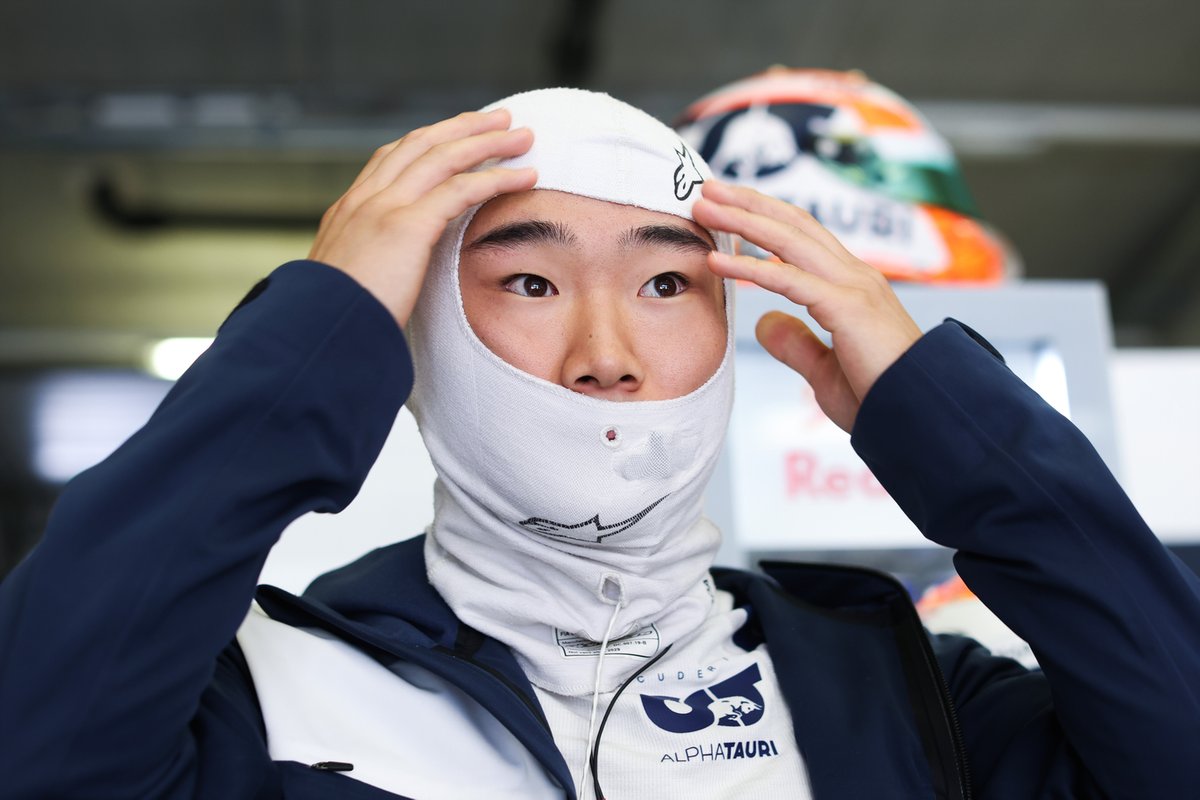 AlphaTauri has already confirmed Pierre Gasly will remain with the team for 2023, but is yet to make a final decision about Tsunoda’s future.

Team principal Franz Tost said in Austria that Tsunoda had a “good chance” of keeping his seat despite a recent dip in form that has seen him fail to score any points since Spain.

Tsunoda said heading into the France weekend that he wanted to get back in the “normal routine and the rhythm I had in the first three or four races” with the updated AlphaTauri AT03 car.

He led the team’s charge in qualifying, reaching Q3 to secure eighth place on the grid, only for first-lap contact with Esteban Ocon to spoil his race. Ocon was hit with a five-second time penalty for causing the collision, while Tsunoda ultimately retired.

“He had understeer mid-corner and just smashed into me, so there was nothing I can do to be honest,” Tsunoda said of the incident.

“It was such a shame. I think the top eight was possible easily. Really a shame. I’ll have to come back stronger in Hungary again and score good points.”