Yuki Tsunoda sees no reason why he cannot stay with AlphaTauri in Formula 1 next year, but says his future depends on “things that are happening in the background.”

AlphaTauri is one of the few teams with a free seat for next year, but team principal Franz Tost previously indicated Tsunoda had a “good chance” for keeping his drive.

But Tsunoda hinted there were matters behind the scenes that needed to be cleared up before any final decision could be taken on his future with AlphaTauri.

“We both of course want to stay in next year, but things that are happening in the background, it depends on that,” Tsunoda said when asked by Autosport for an update on his future at Spa on Thursday.

“I still don’t know how it’s going. But from my side, I would like to stay in AlphaTauri. For me, there’s not much reason why I cannot stay here.”

Tsunoda joined AlphaTauri at the start of the 2021 season and was retained for this year despite some rookie struggles, including a spate of incidents and crashes.

While the Japanese driver has only scored points in three races so far this year, he appears to have made a step forward in performance. Tsunoda currently trails team-mate Pierre Gasly by just five points in the standings, and believes he would be ahead on points had it not been for reliability issues and bad luck. 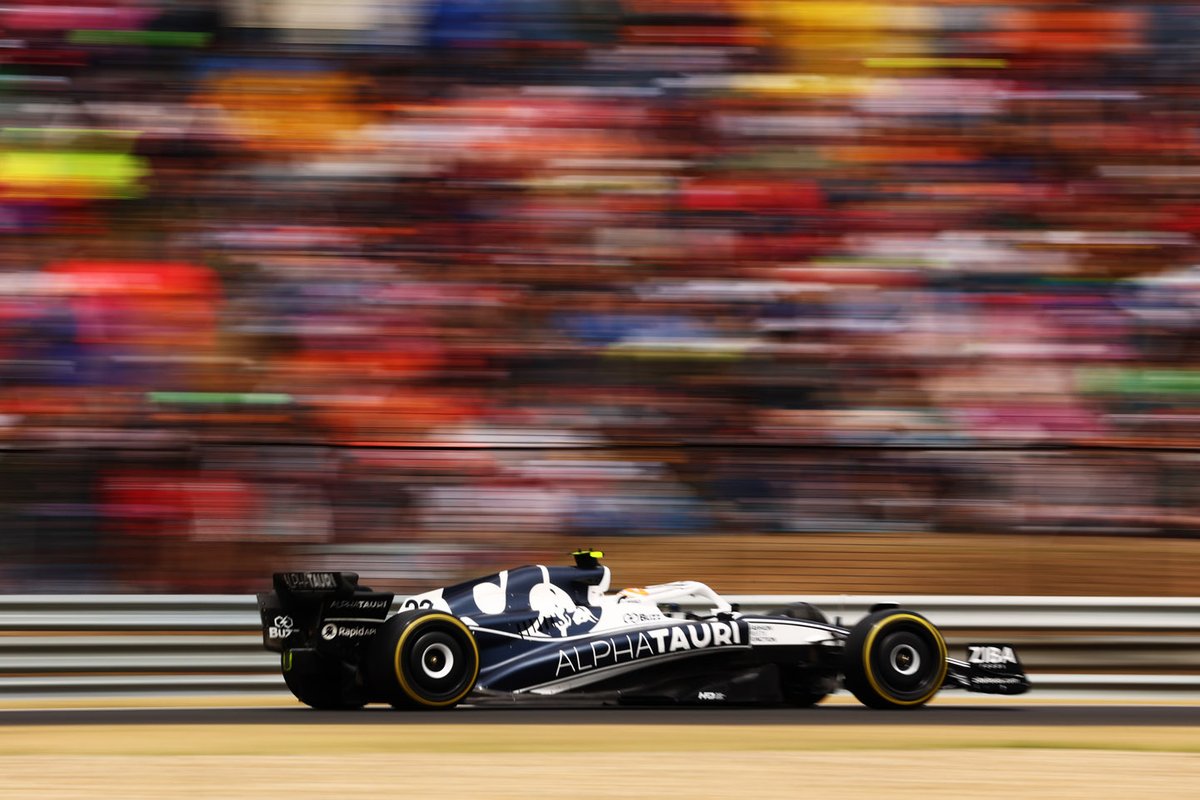 Honda played a big role in supporting Tsunoda’s rise through the junior ranks prior to its F1 exit at the end of 2021, although it retains a technical partnership with both Red Bull and its sister AlphaTauri team.

Asked if there were complications on the commercial side or relating to the Honda affiliation, Tsunoda replied: “Well I cannot say anything about that.

“I know what kind of will trigger that for next year, the contract. At the moment, I cannot say much.

“For myself, the thing that I can do now is focus on myself and make the results. That’s what I can do.”

Tsunoda’s future has been overseen by Red Bull advisor Helmut Marko, who revealed in July the team had hired a psychologist to help the 22-year-old.

Tsunoda said the impression he got from Marko was that he “wants to keep me” for next year, but felt a quick answer on his future would take away a distraction.

“Of course I would like to have an answer as soon as possible,” Tsunoda said.

“To be honest, [I’m] not having a fully comfortable life right now, because a bit of pressure, something like that.

“So yeah, if I had that information as early as possible, I feel more confidence, and I can fully focus on myself.”

How “more balanced” Ricciardo has learned to manage his F1 travails