Red Bull has been left annoyed that penalties have cost Verstappen a race win, a pole position and a fastest lap point so far this season.

The team's motorsport advisor Helmut Marko suggested after the Portuguese Grand Prix, when a wide moment for Verstappen saw his fastest lap time deleted, that F1 needs to change its approach to dealing with track limits.

Seven-time F1 winner Montoya says he joins fans in relishing the head-to-head contest between Hamilton and Verstappen this year, but says things are being overshadowed by the ever-present track limits debate.

"I think F1 in the last couple years was missing that a little bit. Having the two, Red Bull and Mercedes, go at it like that, it's been a lot of fun.

"But I would say it's been a little too controversial with the track limits. I know they're trying to make the tracks safer with runoffs and everything, but it's so hard to control, and [understand] why sometimes it's right and [sometimes] it is wrong. 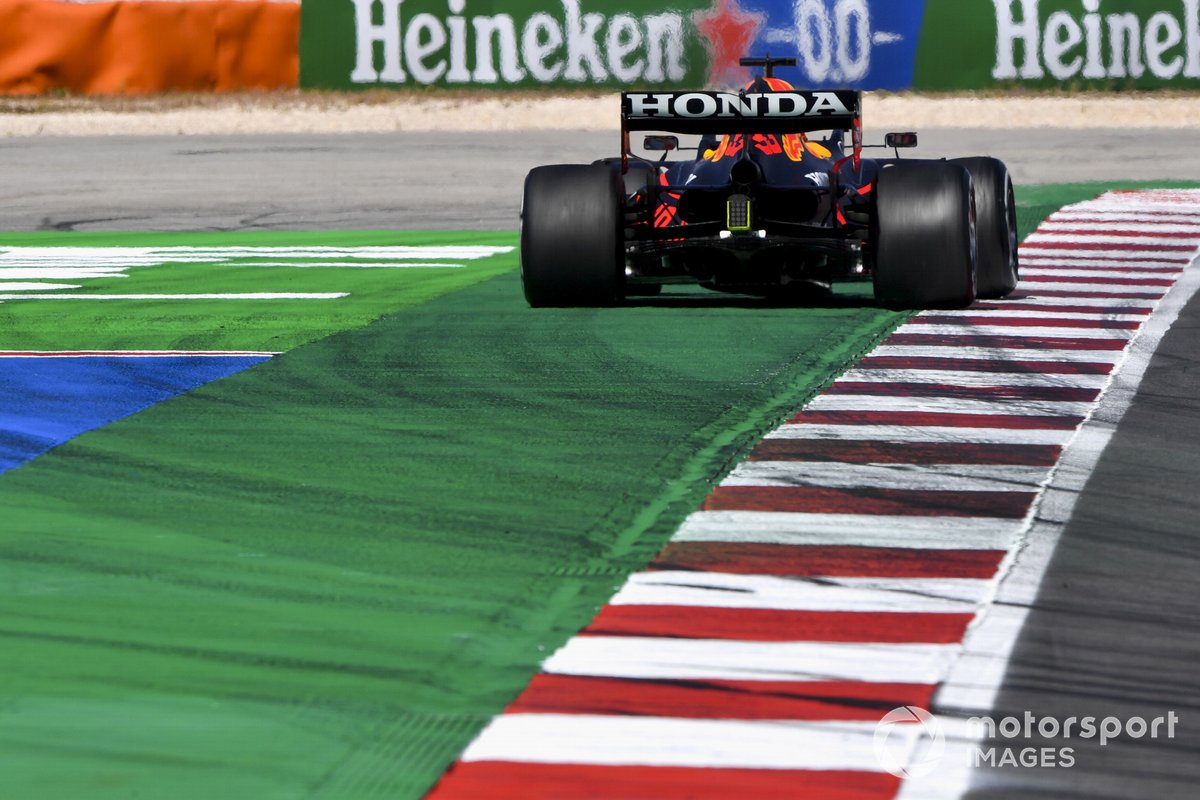 "When it's a judgement call, it's very difficult. I don't envy the stewards of F1 dealing with this."

Montoya believes, however, that Red Bull's frustration at being on the receiving end of the track limit penalties is simply making the team ever more determined to beat Mercedes.

"I'm excited because I think it's just raising the anger level at Red Bull," he said. "They really want to beat Mercedes really, really bad, and that just makes it cool to watch.

"You know, Marko is not a guy with a lot of patience and I wouldn't think Max is either, so if they get a chance to go for it, they will."

However, Montoya believes that Hamilton's skills, allied to the kind of good fortune he had at Imola when a red flag saved him from being lapped after he ran off-track, will make him a tough prospect for Verstappen to beat.

"Look at Imola, he [Hamilton] made a huge mistake, and went off the racetrack," said the Colombian.

"And he is lucky enough that they red flag the race, he gets in the right position, and he takes advantage of those opportunities and finished second.

"So how do you beat Lewis when you have that amount of luck and talent? It is very difficult."