Mercedes Formula 1 team boss Toto Wolff says his squad needs to "wake up" after its Canadian Grand Prix defeat, and suggested there could be consequences for its poor weekend

With Sebastian Vettel's dominant victory putting him back on top of the F1 world championship standings by one point over Lewis Hamilton, Wolff appeared upset about the way things had played out on a track where Mercedes had been expected to dominate.

Speaking to Austrian channel ORF, Wolff said that there was nothing positive to take away from the result as he brushed off suggestions Valtteri Bottas's second-placed finish was 'damage limitation'.

"Not at all. It is a shit result for us," said Wolff. "I have to put it like that. It is a strong track for us, but all weekend long we did little mistakes, from the beginning on.

"The only feeling I have is that we have to wake up.

"We fall behind in every aspect. This is a track where we should have maximised points. It was not about performing damage limitation."

When asked if the defeat would prompt 'consequences', Wolff replied: "That's necessary...We will look at that internally." 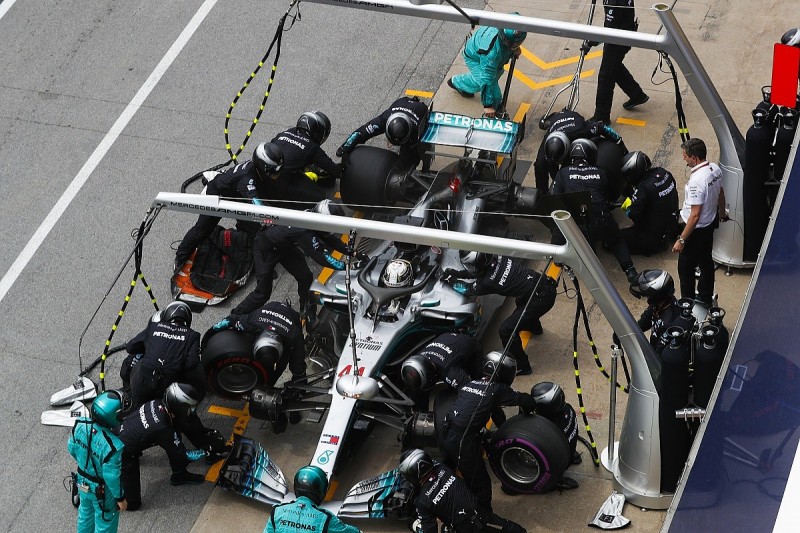 Mercedes' weekend was hurt by it being forced to delay the introduction of its new engine because of reliability concerns, plus a poor tyre choice that left it with a limited number of hypersofts at its disposal.

In the race, Hamilton was also slowed by an engine cooling issue that triggered an early pitstop so the team could make changes to help solve the problem. He finished fifth.

Non-executive chairman Niki Lauda told Sky that Mercedes had to acknowledge the job that Ferrari had done to help Vettel dominate.

"First of all we could not use our new engine, which is part of it," he said.

"But we have to say that Ferrari as a package is unbelievable.

"The car is fantastic and the engine - and even on fuel consumption they have been going [like] hell all through the race.

"So I think we have to really work hard now.

"Red Bull was a surprise but in the end they were behind. So that is it."