The 2017 challengers will sport wider bodywork and tyres, with more downforce increasing cornering speeds and prompting drivers to enhance their training regimes to cope.

"The cars will be harder to drive, so the training we've been doing up to late last season won't be useful," the Toro Rosso driver said.

"Instead of the usual 50 minutes [crossfit sessions], we now do between 90 and 120 minutes, the same as a grand prix.

"I also include boxing and cardio work in those sessions, which all in all means I work my physical endurance more by doing stuff all the time."

Sainz has upped his weight by four kilograms to 70kg, with his trainer putting a particular focus on strengthening neck and shoulder muscles.

"We work out the neck in two ways," said the 22-year-old, who has previously said a more physical formula could benefit younger drivers.

"Firstly, we pull and hold weights with it in the gym, which is very similar to what we will do on the track - resisting G-forces, that is - and secondly we are doing specific go-karting, which I do two or three times a week." 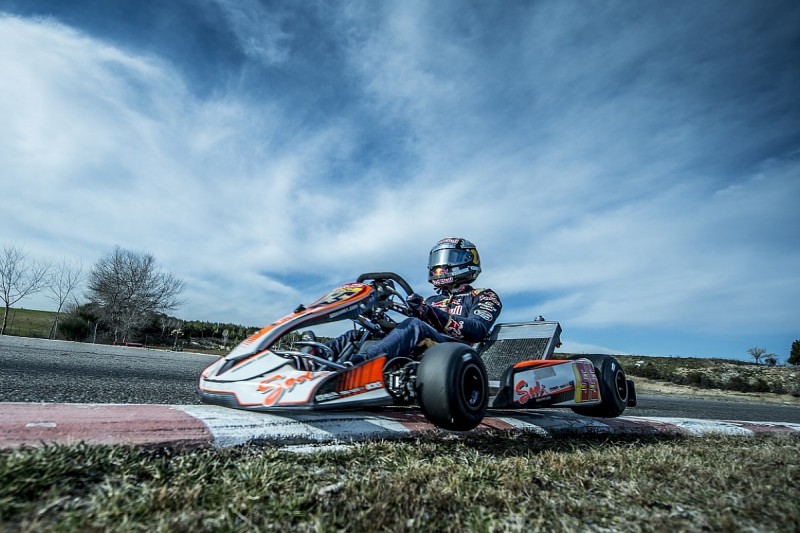 When go-karting, the Spaniard uses a helmet that has greater ballast in certain areas to help work the neck muscles harder.

"Those weights make my helmet around 1.5 to two kilos heavier, which translates into similar G-forces I'll have to stand in my F1 car," he said.

Force India recruit Esteban Ocon has said he has increased his training camp from two weeks to two months to cope with the demands.

Haas driver Kevin Magnussen stayed at home in Denmark to train rather than going on holiday.

"I have to assume the cars will be massively hard to drive so the motivation to train hard is quite high because I feel like it might make a real difference," he told Autosport.

"The training is not just being two hours on a bike or on a treadmill, it's really tough training."

And McLaren's Stoffel Vandoorne says that as drivers won't know exactly what to expect until they drive the cars, they just need to train as hard as possible in preparation.

"We can't accurately replicate those forces in the sim so that just means we have to do a lot of training over the winter to prepare for what we anticipate them to be," he said.