Honda has introduced an upgrade for the race at Sochi and while it has not disclosed much information it is known to be mainly around the internal combustion engine again.

Hartley's team-mate Pierre Gasly set the eighth-fastest time in free practice at a track where Honda has struggled in recent years.

"We definitely had a step in performance and it was a really, really promising day from Honda's point of view," said Hartley.

"I think everyone is quite excited about the step that Honda made today.

"Introducing a new PU [means] a lot of mapping and a lot of things to get under control.

"There were not so many dramas and we definitely had a performance gain."

Gasly was also complimentary of Honda's efforts, especially as the team ran the new power unit "quite safely" to avoid any problems.

"I know sometimes you bring updates and you put it on the car you don't really see the gains," Gasly said. "With Honda it's not the case.

"It's really positive. We need to see how much we can extract from it, reliability, driveability to see if everything is fine when we turn everything up, but for them it's a good step."

Honda's engine upgrade comes ahead of its home grand prix in Japan next week, which Gasly concedes will be more important. 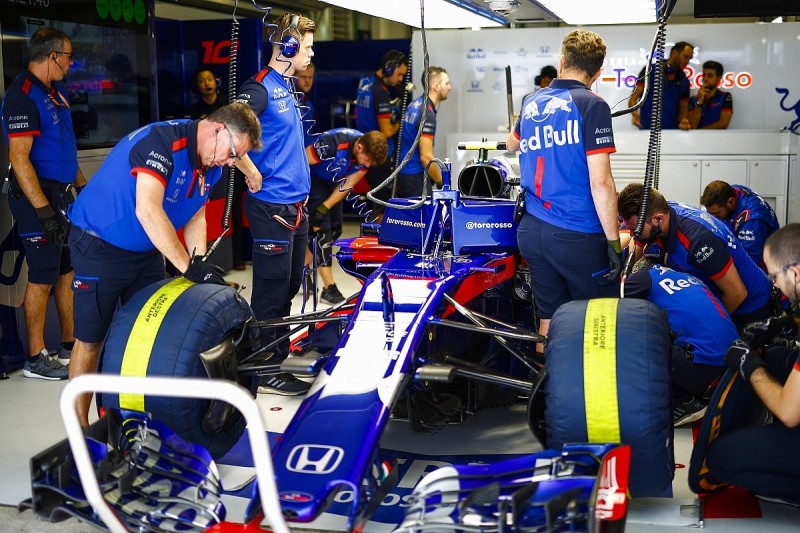 The Russian GP has effectively been sacrificed by Toro Rosso as the engine upgrade means grid penalties, which also means Honda is unlikely to unleash its update's full performance in qualifying this weekend.

"We know that the main opportunity for us will be in Japan and the coming races," said Gasly.

"We looked at the last couple of [Sochi] races, last year there were five overtakes the whole race.

"We know it's going to be a pretty tough Sunday. Our main focus will be on Suzuka."

Toro Rosso has struggled for performance of late and its surge into the top 10 in Sochi practice is unexpected given it was weak in Singapore, where it had expected to be fast.

Gasly said the team's fluctuating fortunes meant that "honestly I have no surprises with F1" anymore.

"All the time you expect something and nothing goes to plan," he said. "Singapore was a big expectation for us and it was the worst weekend of the season.

"We came here excited with the upgrade just to see how it would work and also in need of answers after the tough weekend of Singapore, and so far we've got them.

"We need to keep in mind it's only Friday. Everyone turns the engine up on Saturday, especially the Ferrari and Mercedes powered teams, but it's a good step forward."

Esteban Ocon could get Force India F1 reserve role in 2019

Daniil Kvyat gets Formula 1 return for 2019 with Toro Rosso