McLaren Formula 1 driver Lando Norris admits it could be tough for him to maintain his recent strong Austrian Grand Prix form this weekend due to the team's straightline speed "weakness".

Norris has a good record at the Red Bull Ring, finishing third and fifth in the two 2020 events, before repeating the same combination of results last year.

The team's 2022 car has been notoriously draggy, hurting its top speed, but at the British GP McLaren introduced a low-drag rear wing, which could potentially also be useful in Austria.

Norris hopes the team will be able to achieve some gains this weekend.

"We still have a slight weakness, let's say," Norris said. "And it's not just the wing, there are various other things which count towards drag on the car. So it definitely helps. But you also have a lot of high-speed corners here.

"So similar to Silverstone, which obviously was a decent weekend for us in terms of pace, with no upgrades. And what we had in Silverstone was something very small. It wasn't like something which really gained us more than probably a tenth, in a way.

"Hopefully the car can work in a similar way, that we're decent in high-speed, we're reasonable in the straights, and therefore we can just be that good middle ground, and the car just works well.

"So not any strengths, I would say, compared to previous years, but we're just almost there-ish on a lot of areas." 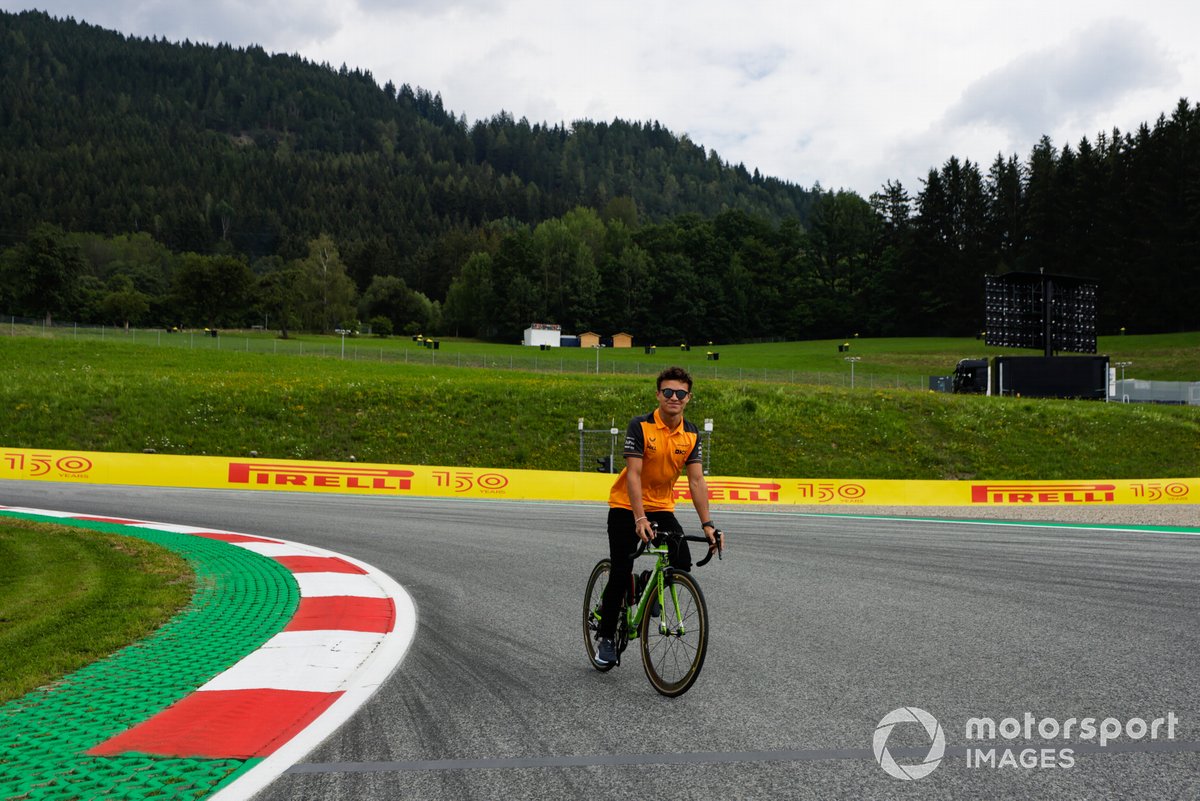 McLaren technical director James Key acknowledged at Silverstone that the team was playing with wings in attempt to find more straightline speed and performance.

"I think last year straightline speed was an advantage for us," said Key. "And we felt that probably we could have gone with a higher top end wing at times.

"I think this year we're a little bit slower in a straightline than we'd like to be. Having said that, we've got enough of a range of rear wings to cure it now.

"I think we're sort of hovering around an area which is on the higher wing side at the moment. And we are aware of that.

"And we'll want to try and improve the efficiency of the lower end of the wings and medium level of the wings so we can lift us up a little bit in the top speed."

Norris says past results at the Red Bull Ring were influenced both by his own familiarity with the track and by as the strong straightline speed performance and high-speed cornering abilities of the McLaren.

"I think it's a track I've driven on for many years," he said about his good record in Austria.

"In F4 I came here a few times, Formula Renault then I had here, F3, F2. So it's a track I just know well, as probably I guess do most other people.

"One of my strengths is also high-speed corners. So when it comes to not so much Turn 6 but then Turn 7, the second left-hander, they use the good strengths for me, and we're usually getting a decent amount of lap time.

"And both of them just come together well on this type of track. And therefore it's always been a good strength. So this year, we'll have to wait and see. Because neither of those are as strong as what they've been in the past.

"There's still some low-speed corners and things like that. So we still have a lot of opportunities, but it might not be quite as good as previous years."