Red Bull chief Dietrich Mateschitz has decided there is "too much at stake" to withdraw his teams from Formula 1, according to team boss Christian Horner

Mateschitz repeatedly threatened to pull Red Bull Racing and Toro Rosso out of F1 amid wrangles over engine supplies.

The Mercedes deal Red Bull believed it had when it decided to split with Renault fell through and all other avenues failed to come to fruition.

Red Bull is now set to stay both in F1 and with Renault after all, while Toro Rosso is in line for a supply of year-old Ferrari engines.

Horner said Mateschitz had ultimately concluded he had invested too much into F1 - including reviving the Austrian Grand Prix at his own Red Bull Ring track - to give up.

"It's no secret that during the summer Dietrich Mateschitz became fairly disillusioned with F1, with the direction things were heading and certain conversations he had personally had didn't come to fruition," Horner said.

"He is probably the most committed supporter of F1 over the last 10 years: two grand prix teams, a grand prix on the calendar, the amount of promotion Red Bull puts into F1 worldwide, investing in young talent through the Red Bull young driver programme, more than 1500 employees across the different markets.

"For Red Bull, it's major part of their promotional budget spend that is committed to F1.

"Having sat down and thought about it, he's decided that there is too much at stake.

"Red Bull has invested so much into the sport, he wants to see the team get back to its former glory.

"We have some challenges ahead to achieve that with the current constitution of performance."

Horner warned that Red Bull is set for a difficult "transitional" 2016 with Renault and believes its longer-term hopes are reliant on the FIA's efforts to bring down engine costs.

"In a power unit dominated formula, it's a difficult situation if you're not aligned to a competitive power unit," he said.

"The changes Jean Todt and the promoter are pushing for to achieve a more affordable power unit can only be a positive for any independent team, not just Red Bull."

RENAULT HAS 'NOT DELIVERED'

Renault Sport F1 managing director Cyril Abiteboul admitted his company had not been competitive enough in 2015.

"It has been frustrating on track," he said.

"Frankly we would have liked to do better job for Red Bull and Toro Rosso engine-wise.

"But we always knew it would be a long term game to fix the issue we have had.

"We have not managed to deliver a project like we wanted to do with the new regulations.

"But we have the strategy, the time, the resources and appetite to fulfill that in the next few years."

Renault is due to announce after the Abu Dhabi Grand Prix that it has completed its takeover of the Lotus squad to revive its works F1 team. 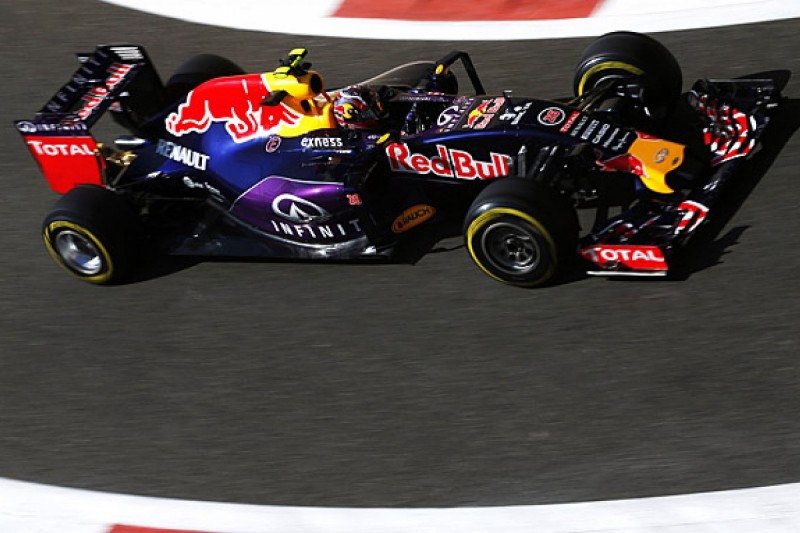 McLaren F1 drivers 'waiting' to be overtaken on straights