Breaking his silence over the situation after strongly-worded criticisms from new owner Engavest, Fernandes claims that conditions that had to be fulfilled for him to transfer his shares in the team have not been met.

That is why he has retained ownership of the team, to the frustration of Engavest.

In a statement issued on his behalf on Thursday, Fernandes said that Engavest had to pay "all existing and future creditors" if the shareholding was to change - something he says had not happened.

"In June 2014, I decided, together with my co-shareholders, to sell my stake in the Caterham F1 team," he said.

"We agreed in good faith to sell the shares to a Swiss company named 'Engavest' on the basis that Engavest undertook to pay all of the existing and future creditors, including the staff.

"The continued payment of staff and creditors was so important to me that I ensured that the shares would not be transferred to the new buyers unless they complied with this condition.

"Sadly, Engavest has failed to comply with any of the conditions in the agreement and Caterham Sports Ltd (the UK operating company of the F1 team) has had to be put into administration by the bank, with large sums owing to numerous creditors.

"Our agreement with Engavest was very clear: there was no legal obligation to transfer the shares to them unless certain conditions - which included paying creditors - were met.

"Those conditions have not been met. Our lawyers have asked Engavest several times to comply with these conditions but they have failed to engage.

"If you agree to buy a business, you must pay its bills. They have breached that promise and now, sadly, it is others such as the employees and the fans of the Caterham F1 team that will suffer if the team ceases to race. I sincerely hope that this will not be the case and that a solution can be found."

"It appears to me that they never had any intention of paying these liabilities," he said.

"I go on to question how anyone who was interested in the long term future of the business would appoint one of their cleaners - Constantin Cojocar - as the sole director and shareholder of the UK operating company? 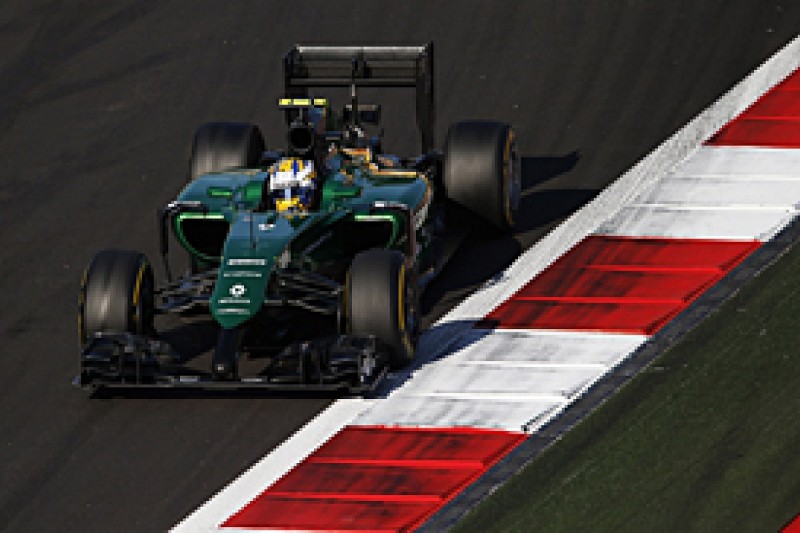 "We continue to see claims and counter claims from the F1 team which are totally unfounded.

"In short the new owners have paid us nothing and, now the administrators have been appointed, they want to walk away from their liabilities."

Buyer's 'contempt' as relationship breaks down

Engavest laid bare its anger at Fernandes in a statement refuting the Malaysian's claims on Thursday evening, as it expressed 'contempt' over the way he and his business partners had acted.

A statement insisted it had honoured promises made in their deal to purchase Caterham, and revealed bizarre events had been taking place behind the scenes.

"Incidents such as a Caterham Group representative forcibly breaking into a filing cabinet containing our private and confidential documents and the continued refusal to deal with the outstanding loan of Exim Bank and complete the agreement has culminated in Engavest's total contempt of Mr Fernandes and his Group executives with whom we entered a deal in good faith," it read.

Engavest was adamant that it had fulfilled all criteria laid out in its deal with Fernandes to take over the team - and played down accusations of strange behaviour in appointing former factory cleaner Constantin Cojocar to become a director of Caterham Sports Limited.

"Every single condition precedent of the Sales and Purchase Agreement for which Engavest was responsible has been met," it said. "Only the seller, which includes Mr Fernandes, failed to meet his obligations.

"All salaries have been paid. Engavest sold CSL. It did not appoint Mr Cojocar who, we believe, was a former top footballer for Steaua Bucarest during the 1980s."