Todt was Ferrari's team boss when Michael Schumacher took five of his seven world titles with the team between 2000 and 2004 and the Scuderia took six consecutive constructors' championships from 1999 to 2004.

Schumacher and Ferrari were the dominant force for the majority of those seasons and established the most dominant reign by a manufacturer until the hybrid era.

In 2020, Mercedes broke Ferrari's record with a clean sweep of seven double world titles between 2014 and 2020.

Todt said Hamilton and Schumacher are difficult to compare, but believes that Hamilton and Mercedes can now be considered more dominant than Ferrari during his reign.

"I think we are talking about different persons, different ingredients," Todt said.

"The only thing really we can compare is seven against seven. But otherwise, on one side, you had a very structured organised German team, with a very talented, extra talented driver.

"And on the other side, you had one Italian team with different mentality, a different approach, which became a well-structured, well-organised and also [with] a great driver, Michael Schumacher. 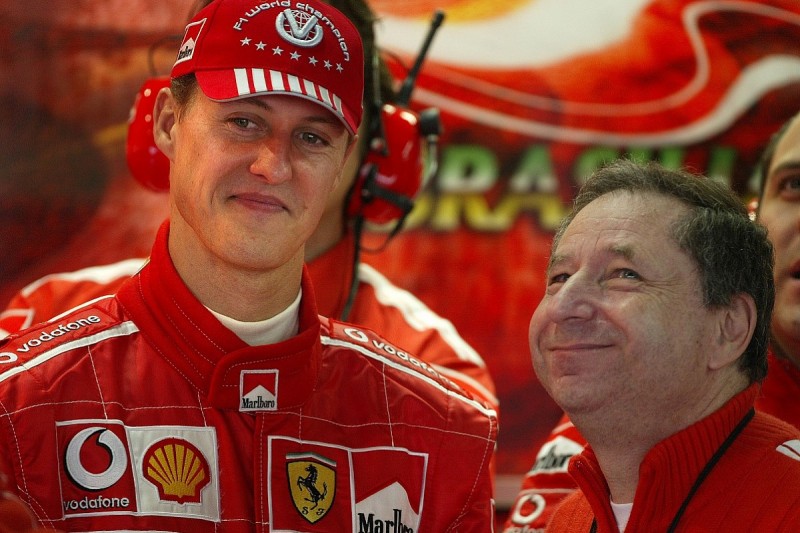 "I feel, and I'm sure I will be quoted for that, the supremacy, the dominance of Mercedes and Lewis is bigger than the one we had at the time with Ferrari and Michael.

"And credit to them, the car is very reliable. Apart from the second Bahrain race which was missed by Lewis, in two years he did not miss to score points in a race.

"It's absolutely outstanding. And the driver is not doing any mistakes. It's just a combination again."

Todt said he was not only impressed with Hamilton's performances, but also with the way he carried himself and showed himself to be a team player.

"I've been very impressed, but I did not wait until 2020 to be impressed," the Frenchman added.

"You just mentioned that he is celebrating seven times being a world champion, so I've been impressed at least six times before.

"I'm also impressed by the continuity of what his team have been able to secure. We are in a world where it's not only a sportsman or a sportswoman, it's a man and a machine, and here, it's the best example of outstanding team spirit, team work.