Following its eventful return to the Formula 1 calendar earlier this month, tickets are now on sale for next year’s edition of the race at Marina Bay.

The original night race of the Formula 1 calendar, F1 has raced through the streets of Singapore since 2008. Taking on 23 turns around the three-mile circuit in tropical conditions make it one of the toughest races of the season for the drivers.

For fans, Singapore’s expansive circuit, guaranteed racing action and world-class live acts make the race one of the most exciting on the calendar to attend.

Tickets for the 2023 Singapore Grand Prix are now on sale with Motorsport Tickets.

The Singapore Grand Prix returned to the calendar in dramatic fashion in October. The wet race was full of drama as Max Verstappen and Lewis Hamilton were among the several drivers to suffer lock-ups and crashes as Sergio Perez stormed to a memorable victory.

Fans attending the race have a plethora of viewing options to catch the action in the form of grandstand and combination tickets. 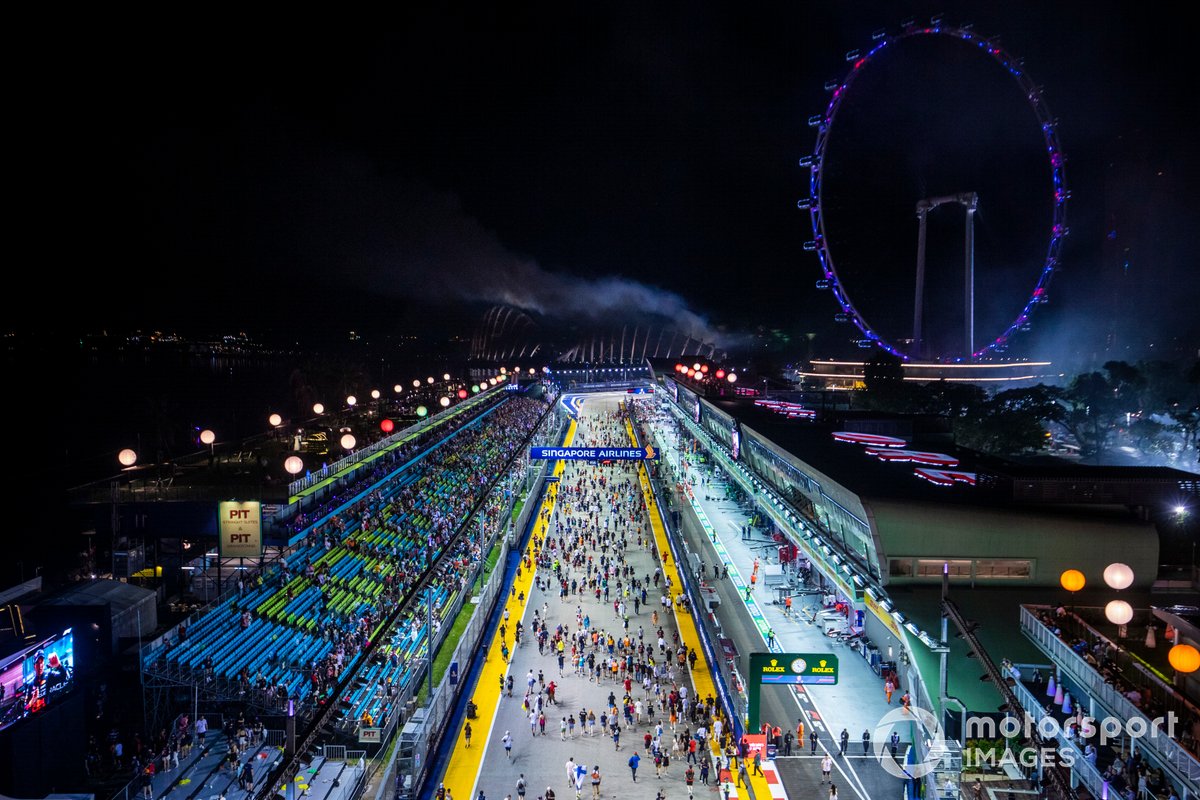 Fans flood the circuit at the end of the race

With great views from seats in grandstands around the pitstraight, Turns 1 and 2, Padang and the enormous Bay Grandstand – which the cars pass underneath – spectators can book a seat for the entire weekend, or opt for a combination which gives them a seat in a different stand each day.

After the race, Marshmello, Green Day and the Black Eyed Peas were among the acts performing for ticket-holding fans. Past races have seen the likes of Red Hot Chilli Peppers, Fat Boy Slim, Liam Gallagher, Simply Red, Dua Lipa, Ariana Grande and Calvin Harris perform at the Padang Stage.

Next season’s Singapore Grand Prix is set to take place from 15-17 September 2023, and tickets are now available to book with Motorsport Tickets.