Formula 1's green light for sprint qualifying at selected events this year has already prompted great debate about the impact they will have on the main grand prix itself.

The series has always been about building up to a climax on a Sunday afternoon, and rules have been tailored to ensure that there is as much scope as possible to shake things up without making it a lottery.

That was one of the reasons why F1 has operated for many years with rules regarding which tyres drivers must start the race on.

With the top 10 qualifiers needing to begin on the rubber they set their best Q2 lap with, and the rest having free choice, there has been an element of strategy playing out over two days.

On Saturdays, there has been the jeopardy element of drivers potentially getting knocked out in Q2 as they bid to get through on the harder compound tyres that are better for the race.

While on Sundays, there can be a decent mix-up of choices through the field – especially around the top 10 region where the Q3 stragglers are forced to be on perhaps not the best rubber while those starting from P11 down are much better placed.

But all that tyre jeopardy will change now with F1's sprint race plans, as the new format means that the tyre rules are being revised to accommodate the switch.

In basic terms, there will no longer be a requirement for the top 10 drivers to start on the same tyre that they got through Q2 on, but does that mean the end of strategy excitement on Sundays? Maybe not. 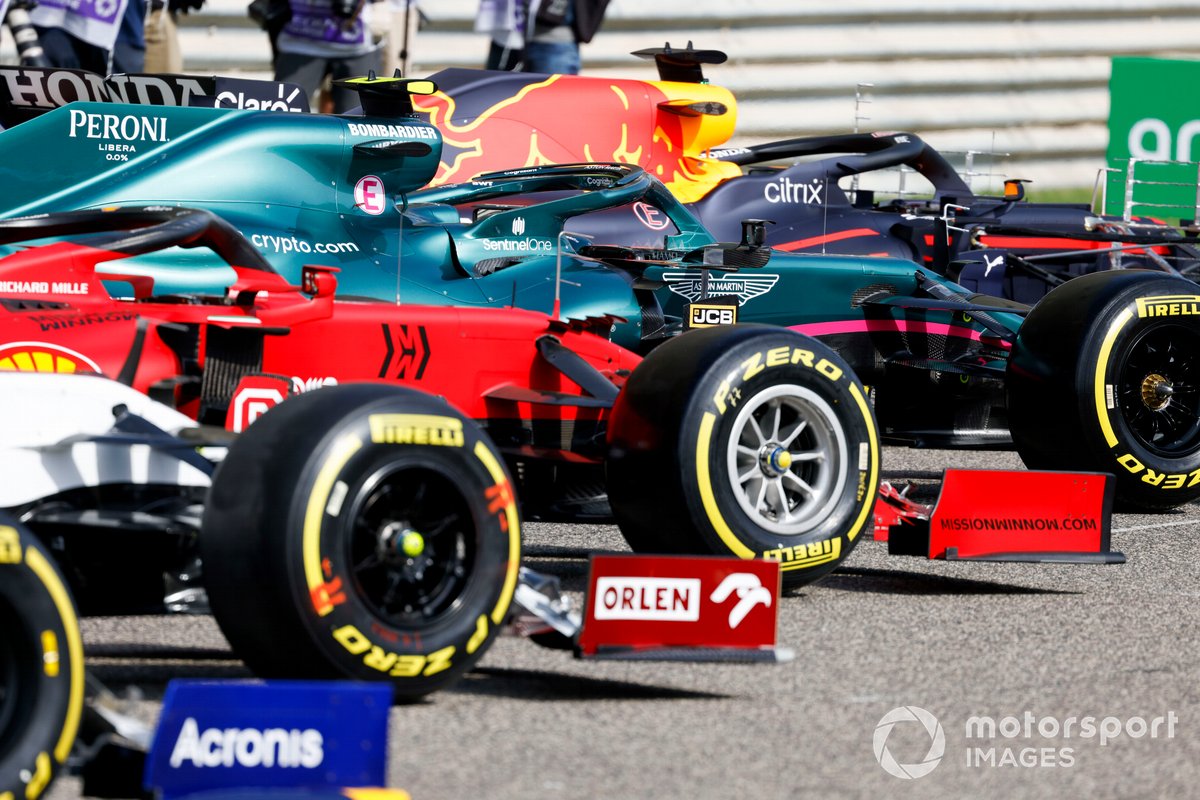 Pirelli tyres on the Ferrari SF21

How the new rules work

While there is still some scope for the tyre rules to be altered in the next few weeks, the basic outline of how things will work on a sprint race weekend has been put forward.

For the three events, F1 drivers will get one fewer set of tyres (so 12 rather than 13) than what they get now. These will be divided up into six softs, four mediums and two hard.

In Friday morning's FP1 session, drivers must use two sets of tyres (any compound) and hand one set back to Pirelli at the end of the session.

For Friday afternoon's qualifying, only the soft tyres can be used and drivers are allowed to use a maximum of five sets. However, drivers who make it through to Q3 must save a new set for that session.

Saturday's morning final free practice session will be a complete free choice for drivers, but they will obviously be mindful about saving the right compounds for the race.

For the sprint race, there will be free tyre choice, but the likelihood is that drivers will go for the softest tyre compound available – even if it means a bit of management at the end.

Following this race, drivers will return the set of tyres to Pirelli that has completed the most laps.

For Sunday's race, drivers then have complete free choice of tyres for the race start – but the rule that demands they use two different compounds (so there is one mandatory stop) remains in force. 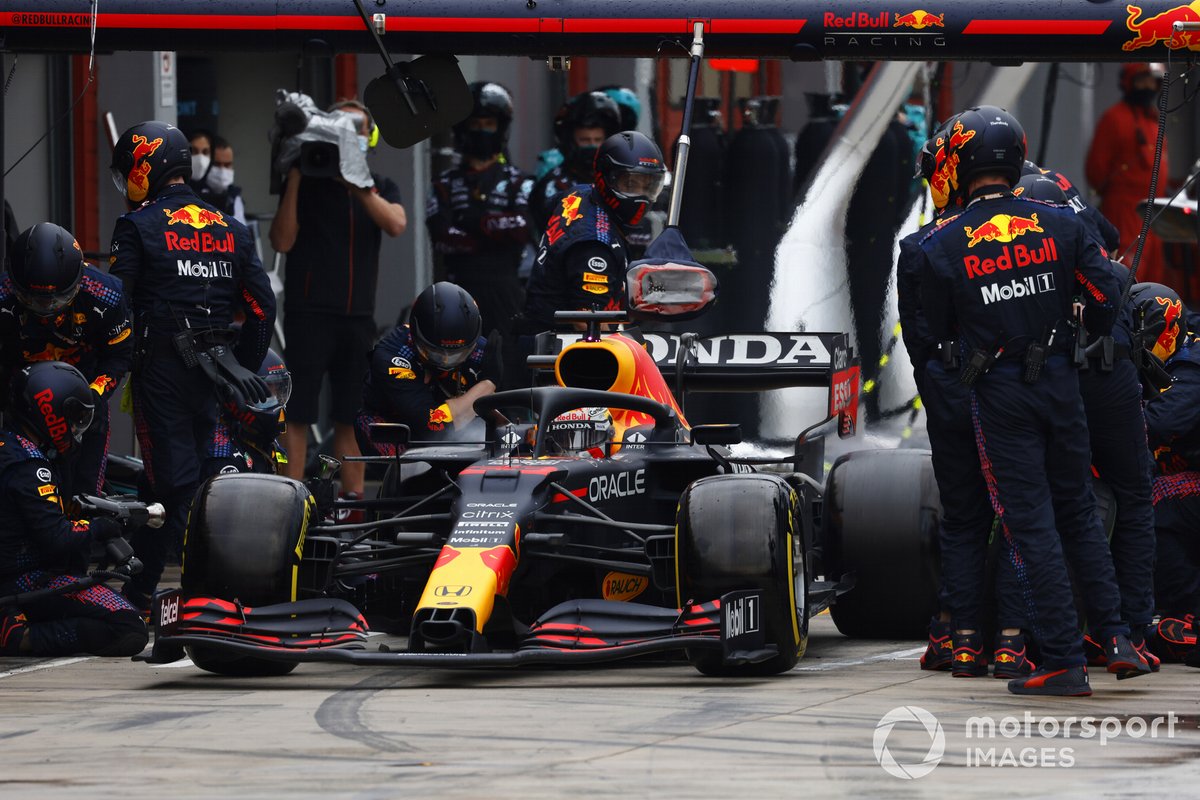 What impact will it have?

Looking at the rules, the implications are that there will be a reluctance to use the soft tyres for Friday morning's practice session – so teams will burn a medium and hard set only.

With six softs available for the entire weekend, and drivers mindful that five of those may be needed for qualifying and one for the sprint race, there will not be much desire to burn a set in practice.

That means that drivers may well be going into qualifying without having had the kind of sighting laps on the softest tyres that they get in the current FP3 sessions.

However, if drivers are confident that they can get through qualifying without using all five sets – the top guys may need just one shot in Q1/Q2 and Q3 – then there could be a temptation to try a soft set in practice and keep it back.

Those drivers who are able to not burn extra sets in qualifying will also be at an advantage for the rest of the weekend, as they will have fresh softs for sprint qualifying and the race itself on Sunday.

Equally those drivers knocked out in Q2, who didn't burn the extra set in Q3, will have an extra choice for Sundays.

If a driver ends up using all five sets of softs in qualifying, and then has to use another set in Saturday's sprint race which is then handed back, then he will be cornered in to only having mediums and hards available for the main race.

For those grands prix where the soft tyre is one to steer clear of on Sunday then that will not be too much of a problem, but it could be a factor at those events where the hard tyre is the one to avoid. 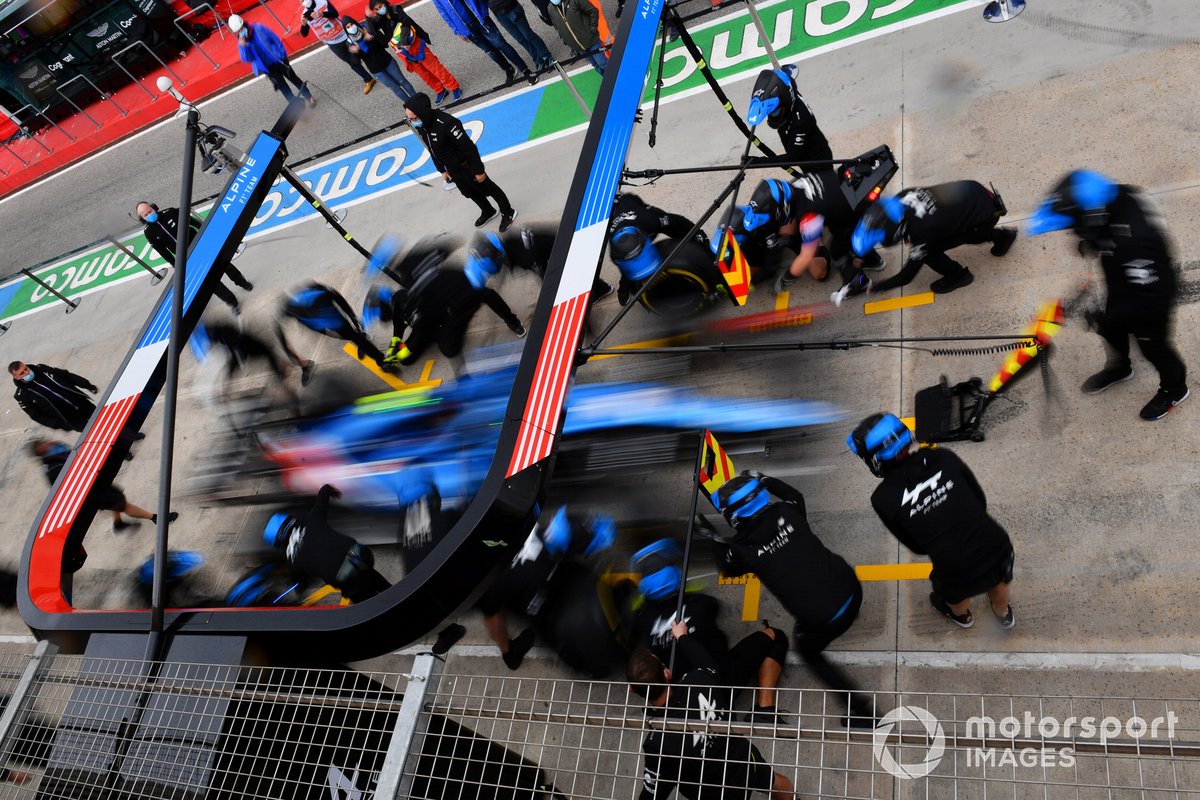 The Alpine F1 practice a pitstop

Looking at tyre options for Sunday, the likelihood is that there may well be as much varied choice on starting tyre as we get now.

A free choice (like we currently see in the damp conditions of Imola) does not automatically mean that everyone goes down the same route.

And teams could potentially be compromised in what they want to do by having to commit to setup due to new parc ferme conditions on Friday. However, teams' choices for Sunday will be based on better judgement from knowing how the tyres played out in the Saturday sprint race.

Often teams have found that tyres can be managed much better on Sunday afternoons than their predictions on Friday sometimes tell them, so it will be fascinating to see how they adapt to the fluctuating data banks of knowledge they are getting now with a proper race 'sim' on Saturday afternoon.

While the sprint race rules have taken away strategy options from one hand, by no longer forcing the Q3 runners to start on a set tyre, they may well have given us back more in the other by drivers' race options being dictated by how well they have flowed through the weekend.

And then things get even more complicated if qualifying or the sprint race are hit by rain.

In the end, the true judgement on the success can only be made once the full sprint race weekend has played out. And for that, we will have to wait for the British Grand Prix.