Grid penalties are nothing new in Formula 1, and every year the overtaking opportunities on offer at the Belgian and Italian Grands Prix tempt teams to go for the drop.

But while the arguments about the pros and cons of the penalty system look set to rage forever, one thing that the paddock seems united on is that a lengthy wait for a confirmed grid order is not a good look for F1.

The near four-hour wait for the provisional grid at Monza prompted anger and criticisms about some of the antiquated ways things are run.

While that may be a matter of opinion, what the events at Monza have done is re-opened a debate about what can be improved in the future and added fresh impetus to what Autosport understands will be an analysis within the FIA this winter about how things can be improved as the series heads in to 2023.

For rather than delayed grid confirmations being a major problem that hangs over F1, the solutions are actually quite easy.

At Monza, as qualifying came to a wrap just after 4pm, drivers, teams and media were at a loss to know for sure exactly what the starting order would be for the race on Sunday.

Max Verstappen’s five-place grid drop from second on the grid meant the Dutchman was quite convinced about where he should start.

But rival teams were not so sure, and some squads were throwing around their predicted order for Verstappen to be shuffled back up to fourth thanks to Carlos Sainz, Sergio Perez and Lewis Hamilton also moving back.

Down in the television pen, Fernando Alonso reckoned that he was going to start from the 7th place that Verstappen reckoned he would be having.

Some journalists and broadcasters boldly made their predictions for how the grid should shake up, only to rapidly be forced to correct it when the official confirmation came.

AlphaTauri’s Pierre Gasly also took to Twitter to ask if anyone knew where he would be starting.

“Can someone tell me in which position I will start tomorrow’s race?” he asked.

In the end, it took until 8.45pm for the FIA to issue a grid. (Although 10 minutes later, the governing body issued a corrected version that removed the word ‘final’ from its document and changed it for ‘provisional’).

For a championship as cutting edge as F1, which is enjoying a massive boom in popularity, having fans, drivers and teams being forced to wait almost four hours to be totally sure of the grid order falls far short of what should be expected to be the norm.

How the system works

The lengthy wait for a provisional grid to be issued are in part triggered by the strict processes and regulations that F1 operates under every weekend.

Official timing data (which is done by F1) is passed to the FIA, then the governing body goes through a designated system to produce the grid.

There were some murmurs at Monza on Saturday night that FOM had been late in delivering this data to the FIA, but senior sources are adamant that was not the case and everything was processed as normal.

The FIA's personnel on site duly work through processing the penalties to create the grid order, while scrutineering checks take place to ensure the cars comply. 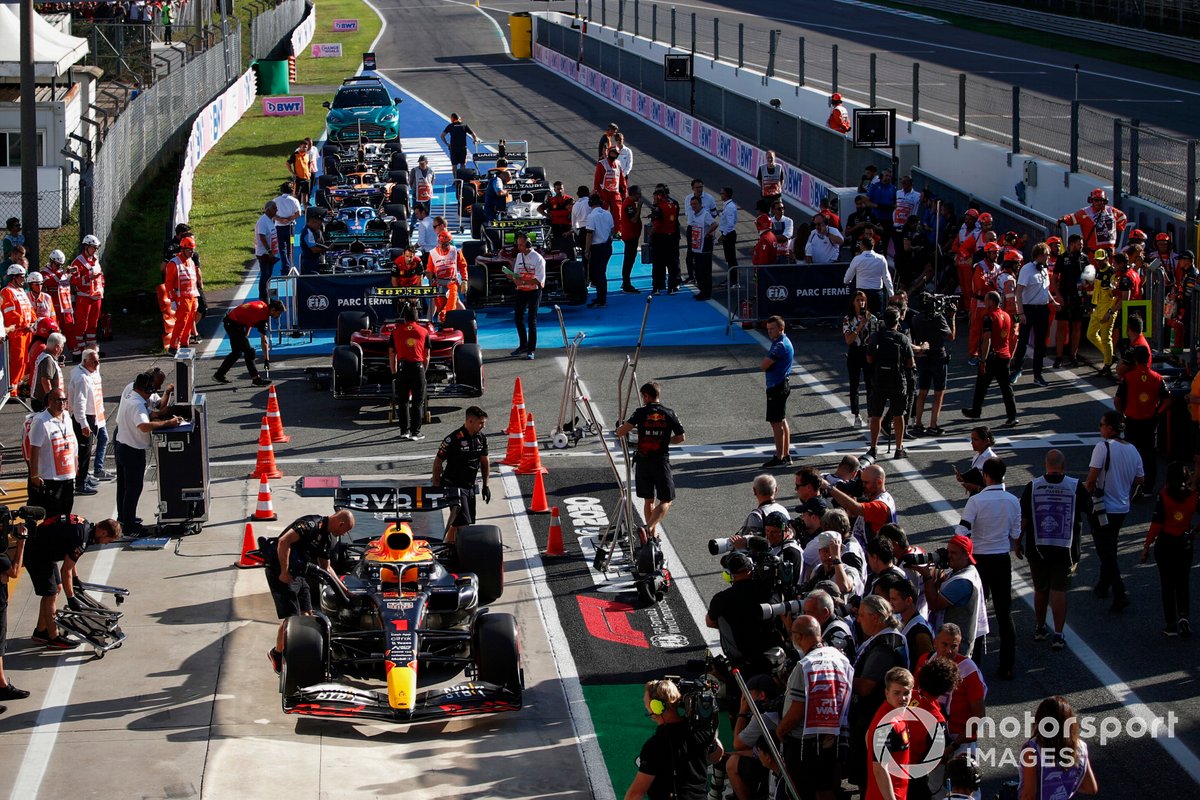 Only when everything is in order does the provisional grid then go to the stewards, for a check and approval prior to it issuing its first formal document – a Saturday night provisional grid.

Sources have suggested, however, that matters were not helped in the hours after qualifying by several teams - one after the other - lobbying the stewards over how the penalties should be applied in a bid to move their drivers up the order.

Interestingly, there is no requirement for the FIA to publish anything regarding the grid before a few hours prior to the race. The provisional grid on Saturday night is an informal arrangement.

Article 41.5 of the FIA’s Sporting Regulations states: “The starting grid for both the sprint session and the race will be published no less than four (4) hours before the scheduled start of the formation lap.”

Normally, with a lot of races only having one or two penalties, it is quite simple for the grid drops to be worked out so the reliance on the FIA’s document is not as great.

But when things get as complicated as they were at Monza – with nine drivers facing penalties for multiple reasons – then there is a greater onus on the FIA to produce a more definitive answer.

When that answer does not come for many hours, and there is widespread confusion in the pitlane and among fans about exactly how the grid would be interpreted, then it leaves what McLaren boss Andreas Seidl has referred to as a "vacuum".

Seidl suggested that the Monza delay in producing the grid should be something taken on board and discussed between the competitors and F1’s chiefs in the future.

“I accept, it's probably a good idea which we should discuss, just to avoid this vacuum of having a firm confirmation of how the provisional grid is,” he said.

“It's a good idea, I think it's something we'll bring up to discuss, because in the end it's not a big problem to put out a provisional grid. Then wait for parc ferme to be over, confirm the grid again and then everyone else early how we look like.”

With FIA president Mohammed Bin Sulayem holding a meeting with F1 sporting managers and officials on Monday, there is a chance that the matter could be picked up pretty quickly. 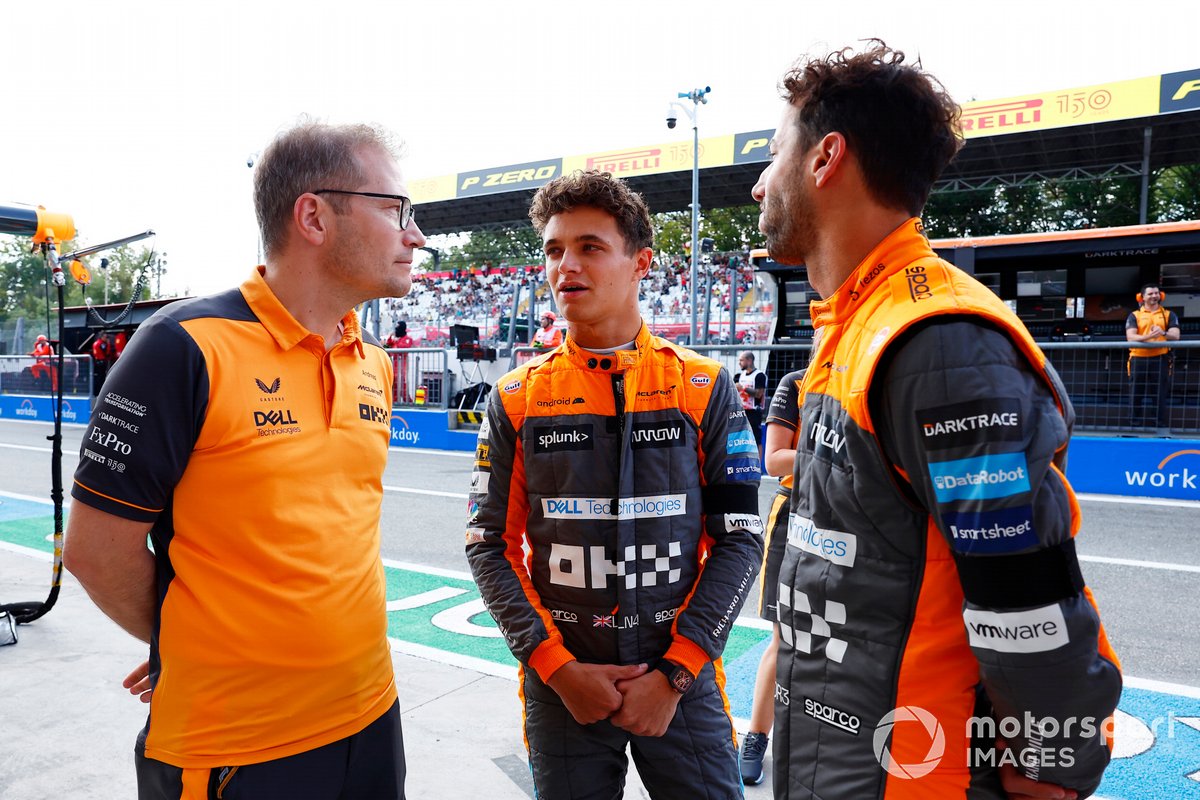 Andreas Seidl: "I think it's something we'll bring up to discuss, because in the end it's not a big problem to put out a provisional grid ... just to avoid this vacuum."

An answer to the problem

The solution to the problem of a delayed grid answer is not that complicated, and a simple algorithm could be created to help produce what the grid should look like the second the qualifying chequered flag came out.

The FIA knows exactly how the penalty system works – with drivers now getting locked in for their grid drops rather than subsequently shuffled back up as each penalty is applied in turn – so it should in theory be quite straightforward for it to produce a preliminary document in the moments after Q3 ends.

Such a document would not be required to hold any regulatory value, and would always be subject to cars passing scrutineering just as the provisional race result does.

But outlining an indication of what the grid should look like at that moment would definitely serve to avoid the confusion that marred Saturday night at Monza.

A simple tweak to the rules – to allow the stewards to issue this document as a bid to help inform the wider world – would in theory be a formality for all the benefits it would bring.

For when the F1 and the FIA have done so much right with the on-track spectacle amid the new rules era, it is important it does as equally a good job with its off-circuit processes as well.