Alpine's progress in Formula 1 this year has been fuelled by a pretty consistent upgrade push with its A522 car.

It has not only been applying optimisations to a package that was delivering a relatively good uptick in performance, but it has also been studying its rivals' solutions and applying them when felt they could help.

For Silverstone, we see further evidence of this, as the team has made revisions to the floor, sidepods and engine cover bodywork.

Unsurprisingly, it is the sidepod and engine cover bodywork that has garnered the most attention, as we can see how the team has not only taken inspiration from Ferrari but coincidentally it has moved towards the 'top shelf' arrangement that we've seen Red Bull also adopt this weekend.

This is key, given their shared use of a very similar downwashing sidepod solution.

At the front of the sidepod, the undercut has been increased, as the team wrap the bodywork tighter to the components than before.

The upper bodywork of the sidepod has also taken on the bathtub-like crevice in the upper surface that Ferrari has employed with the F1-75 since the start of the season.

And, like Ferrari, there's also contoured cooling gills housed within the surface to not only help reject the heat being generated but also assist aerodynamically.

The A522 now has a higher rounded shoulder that creates a shelf for the airflow to follow as it emerges behind the halo.

It is a solution that it already had in some ways, but has been exaggerated to improve the relationship with the aforementioned upper sidepod crevice.

This shelf, while a lot more obvious than its old spec, more or less follows the path we've seen AlphaTauri tread since the start of the season. 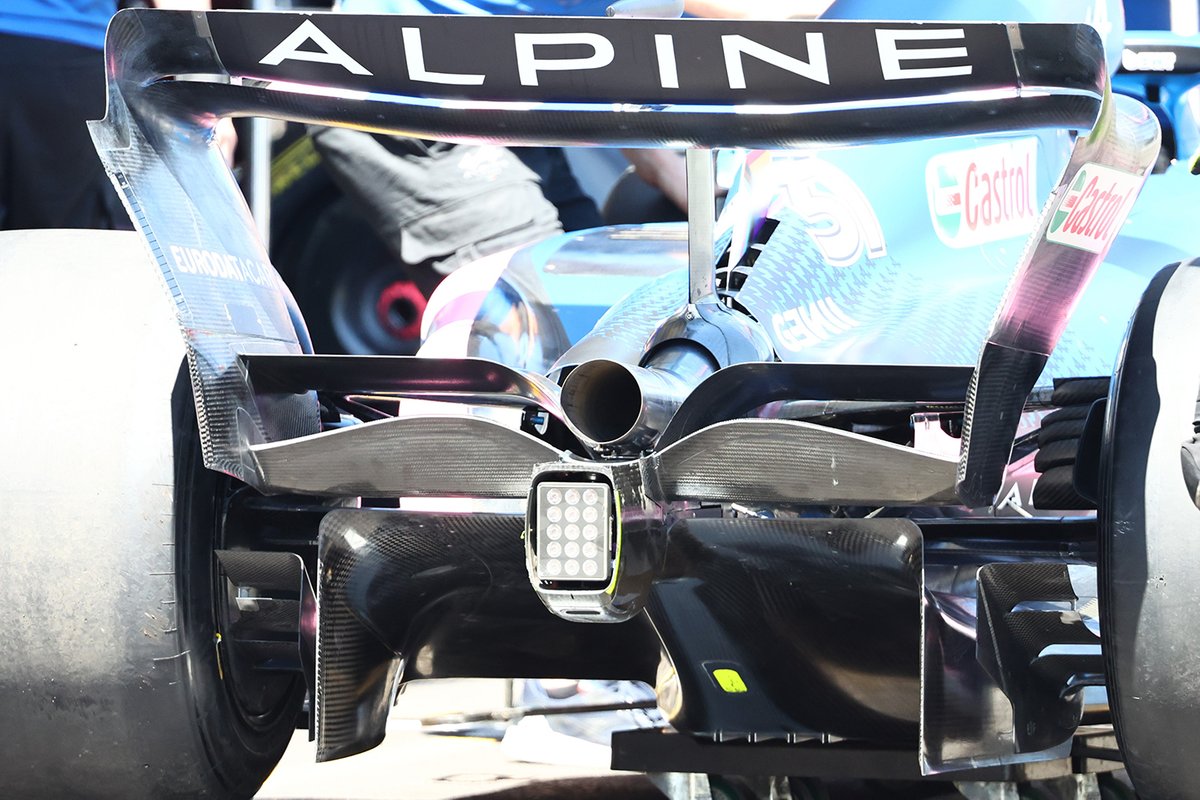 In Alpine's case, it results in the team flattening out and raising the outlet to take advantage of its new beam wing layout, which arrived in Azerbaijan.

Alpine has also made changes to its floor, most of which seem to be focused on delivering performance from its underside and the tunnels.

This means that unless we see a mechanic carrying one into the garage or one of its cars ends up on a crane or low loader, we might have to wait until a future race to get a better idea of the direction it has taken here.

However, what we can see from the outside is that there's certainly some optimisation going on in the rear corner and diffuser transition.

This is noted by the earlier kick as the diffuser ramps up (red arrow, below), which has also constituted a change in the geometry thereafter.

Meanwhile, the shape of the flap on the trailing edge of the floor ahead of the rear tyre has also been revised.

The mouse house-like cut-out in the sidewall of the diffuser has also been changed in an effort to alter the intensity of the flow structures in that region, which is especially important when considering factors such as tyre squirt and the vortex formed in the outer section of the diffuser.

Interestingly, there's also a small depression in the sidepod's downwash ramp (green arrow) which likely just aids in adjusting the path that the airflow takes in this region.

Notably, the metalwork that's stitched into the edge of the floor on the A522 has also been increased for this event, suggesting that the team is expecting higher loads and perhaps even more interaction with the track's surface. 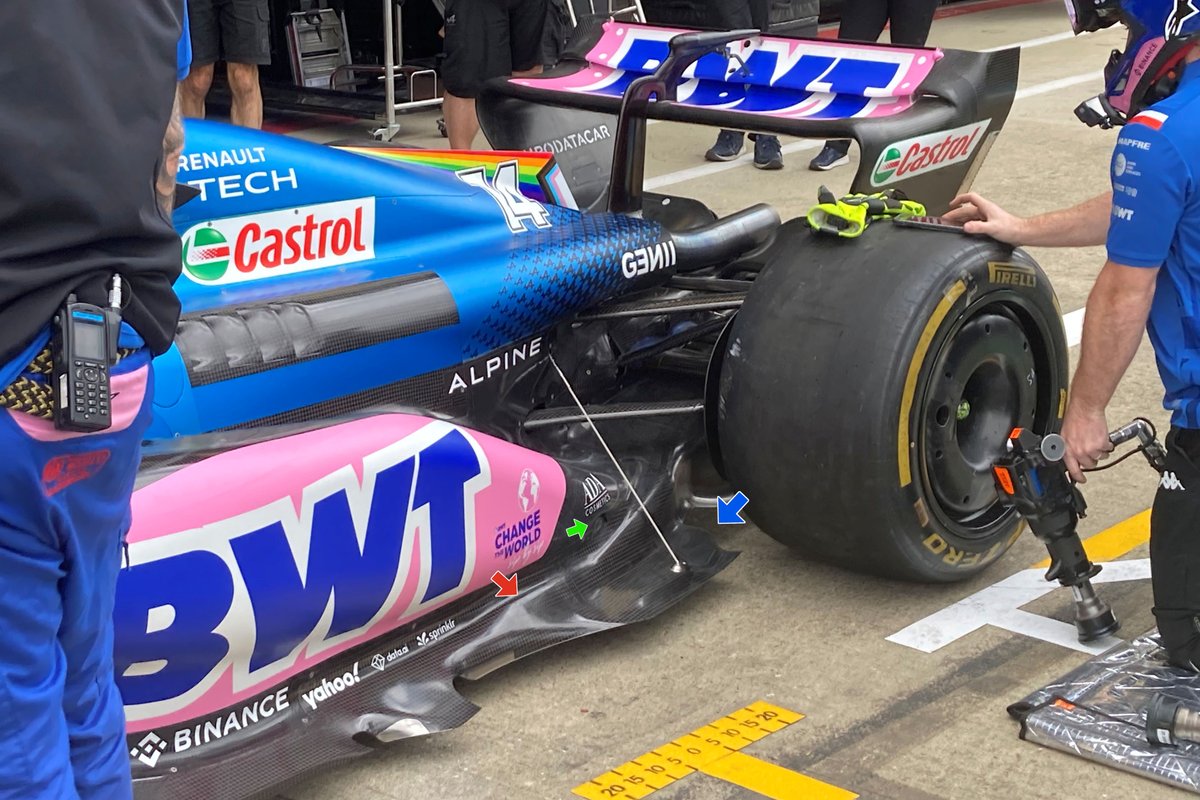