Mercedes says its mid-season struggles were a "kick in the teeth" after believing its Formula 1 car issues had been remedied by its Spanish Grand Prix upgrade.

Mercedes struggled with a bouncing issue on its W13 car under the revised technical regulations for 2022 that blighted its early-season form.

But after debuting a significant upgrade package in Barcelona, George Russell finished third and Lewis Hamilton recovered to fifth despite a first-lap incident that dropped him to the back of the field, giving the team belief it had solved the problem.

Hamilton said it offered a "glimpse of hope" for Mercedes' season by easing the bouncing issue, while team boss Toto Wolff took encouragement it could get back in the title fight against Red Bull and Ferrari.

Yet the team's form failed to take a significant upswing after Barcelona, with difficult races following in Monaco and Azerbaijan that made clear it had not resolved the issues with the W13.

Speaking at Suzuka last weekend, Mercedes technical director Mike Elliott explained how the car's core problem only became clear when it persisted after the Barcelona upgrade that it initially thought would turn its season around.

"The issues we've built into the car, we couldn't see because of the bouncing," said Elliott.

"The bouncing was just dominating everything. And once we'd got on top of that in Barcelona, we got a package that made quite a substantial difference there, we thought: 'We're in, we're going in the right direction,' and then got a proper kick in the teeth in the next two races.

"You peel the next layer off the onion, if you like, and you've got another problem. That was the one we'd really baked into the car in the winter. 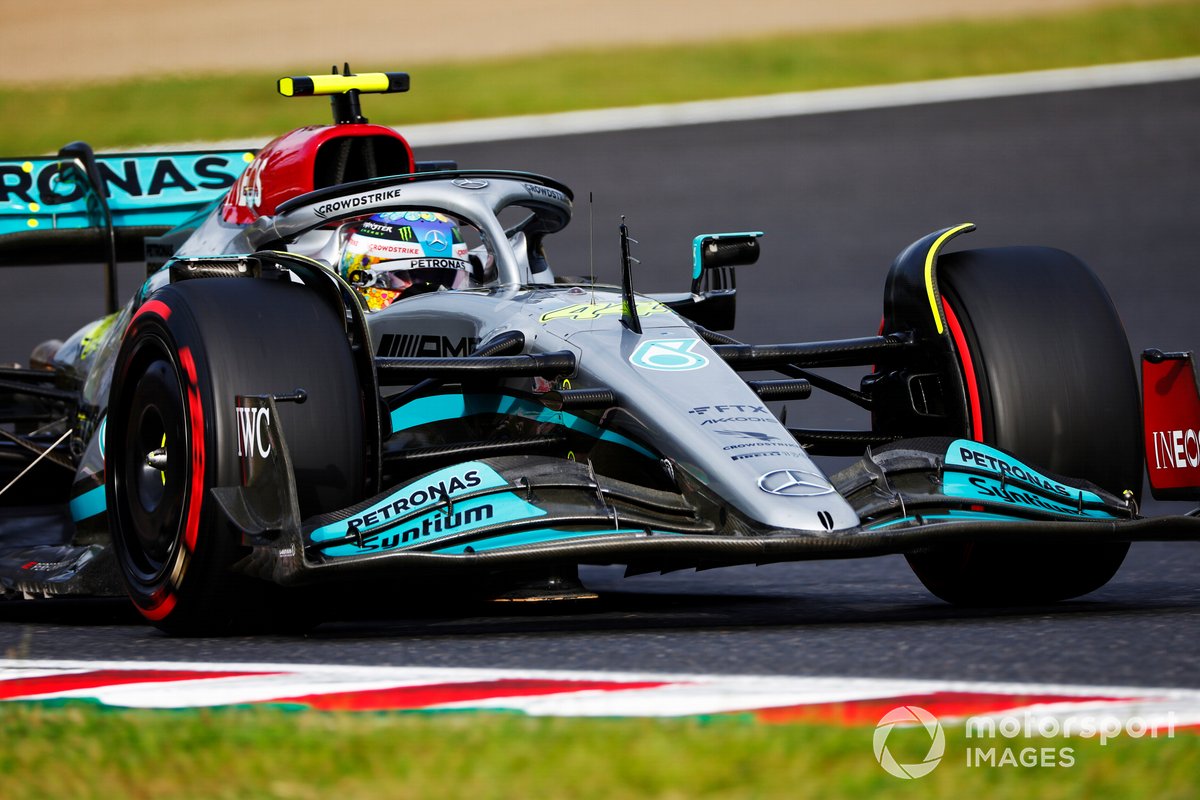 "Since then, we've brought various steps to try and move us in the right direction, but to really undo that is going to take the winter."

Mercedes continued to develop the W13 in a bid to resolve the issue it faced, allowing it to make strides towards Red Bull and Ferrari at the head of the field.

Russell managed to score pole in Hungary, but the team is yet to win a race this year with just four rounds remaining.

Elliott said the push to try and fix the bouncing problem that emerged in pre-season testing was made more challenging by the limited running opportunities - particularly when practice sessions were required to get the car dialled in for the race weekend.

"That does then take some time to learn. At the same time, you look at the factory approach. We'd discovered, probably after Baku time, we realised there is clearly another problem.

"We went back through the data, through our simulations and found what we had found, you then from there, you've got a limited amount of time.

"The issue is an aerodynamic one and it just takes time to get on top of it."