In the immediate aftermath of Max Verstappen's huge accident in the British GP, the first concern of his Red Bull Racing Formula 1 team was of course for the Dutchman's wellbeing.

Once it was clear that he had emerged unscathed, thoughts turned to the lost world championship points, and the huge gain that Lewis Hamilton was able to make by ultimately winning the race.

However, in 2021 there is another consequence for the top teams that was not previously a serious consideration: the monetary cost of a major accident in the new era of FIA financial regulations.

This season teams can spend no more than $145m on developing, building and operating their cars, and for Mercedes, Red Bull and Ferrari that has necessitated a very different approach.

They've had to let some people go, move others sideways on to non-F1 projects, and account for every pound, dollar or euro spent on their racing programmes.

"We are really struggling to just come in below the budget cap and we're talking about tens of thousands of pounds and not hundreds of thousands," Mercedes boss Toto Wolff noted at the start of this season.

"We've had to go through the pain of redundancies over the winter," Red Bull's Christian Horner explained.

"We've had to re-size, re-package ourselves, and it's really tough when you're saying goodbye to members of the team, some of whom have been there for 25 years across its different formats.

"So it's been really been a tough exercise and continues to be a significant challenge, particularly for the bigger teams. It drives efficiency into the business, because it quite simply has to."

It's not just about personnel and salaries. Teams now aim to manufacture the minimum number of parts to get through the season, a process complicated by the fact that teams don't know how many races will ultimately be run.

The top teams do not want to get to Abu Dhabi in December with 10 unused sets of suspension sitting on a shelf in the factory, or be left with a dozen front wings of a type that was superseded by a later development.

It also means that any revised parts really have to earn their place on the car before they go into production.

As an example of cost-saving efforts, Mercedes introduced more steel and less carbon into its suspension this year, purely to ensure that each part could run more miles. And like other teams, the world champions carried over its 2020 chassis, simply giving them a new type number. 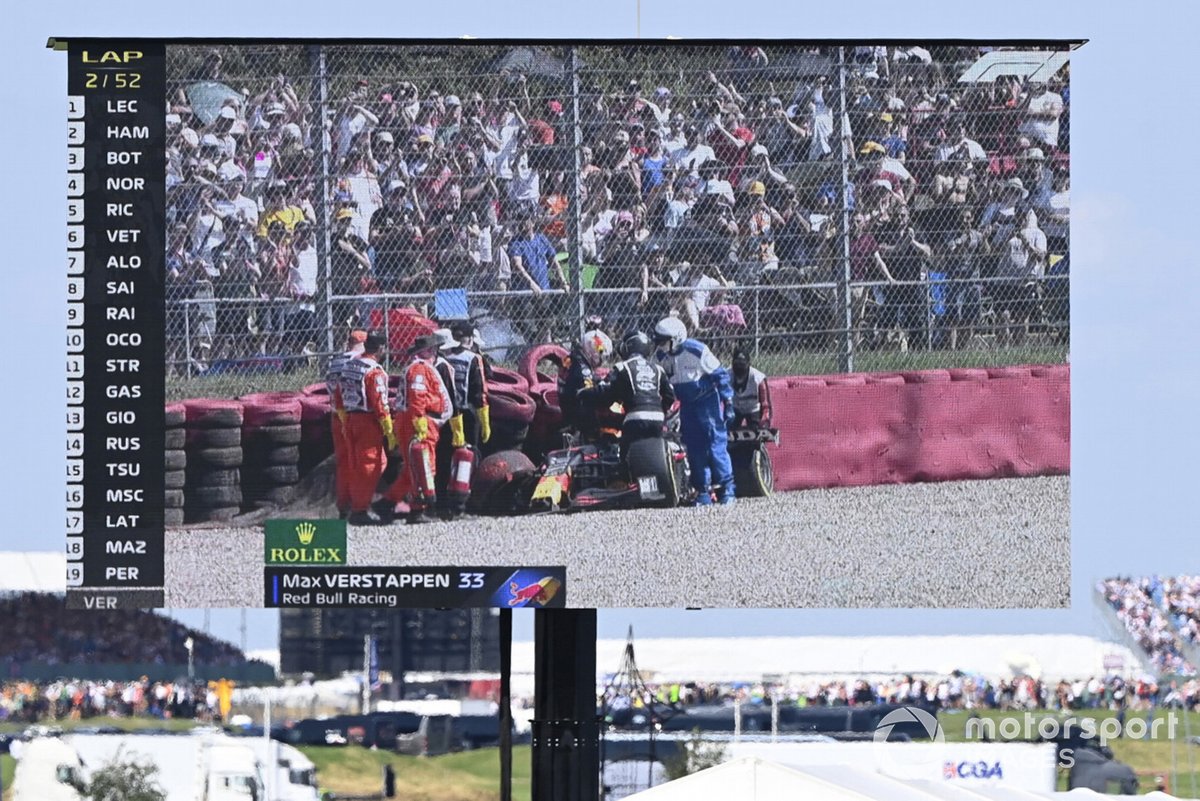 As with any other aspect of F1, the big teams are running right on the edge, carefully balancing the expenditure on this year's programmes with the need to develop new cars for 2022. Until December 31st, any work on next season's car comes out of that $145m.

The general idea is that if you get to the end of this year and can successfully demonstrate to the FIA that you have spent as close to $144,999,999 as you can get, you will have done your job. It's a clear target, just like quicker laptimes or higher downforce levels.

The role of accident damage was first highlighted after Valtteri Bottas tangled with George Russell at Imola in April, and his Mercedes team estimated that the impact had cost over £1m. Wolff pointed our that the money lost could now not be used elsewhere, and could potentially rein in some development programmes on the current car.

When Verstappen's car was craned away on Sunday, it was obvious that it had suffered even more than the Mercedes did in Italy. After the wreck was returned to Red Bull, the mechanics set to work on finding out what, if anything, was still salvageable.

The extra cost of accident damage also helps to explain why it took so long for the teams to agree financial terms with F1 over the addition of three extra sprints to the 2021 schedule. The consensus was that the extra events added more risk, and thus more chance of damage.

"If you divide $145m by 23 events you're on a crude basis [seeing] what it takes to operate a grand prix car," Horner said before agreement was reached. "And of course, adding in, effectively albeit a shortened race is just more cost that we're naturally going to incur the usage of parts, etc, etc."

As part of the final deal, it was agreed that should a driver retire from a race with damage, the team would get an $100,000 allowance within the $145m cap.

Ironically, Red Bull benefited from exactly that clause on Saturday, officially retiring Sergio Perez with a lap of the sprint left to run after his early spin. However, that little bonus was nothing compared to the costs associated with the Verstappen accident the following day.

It's worth pointing out that damage has always been a real world issue for smaller teams, but from the other direction – they have budgets limited by their ability to generate income, not by FIA regulations. 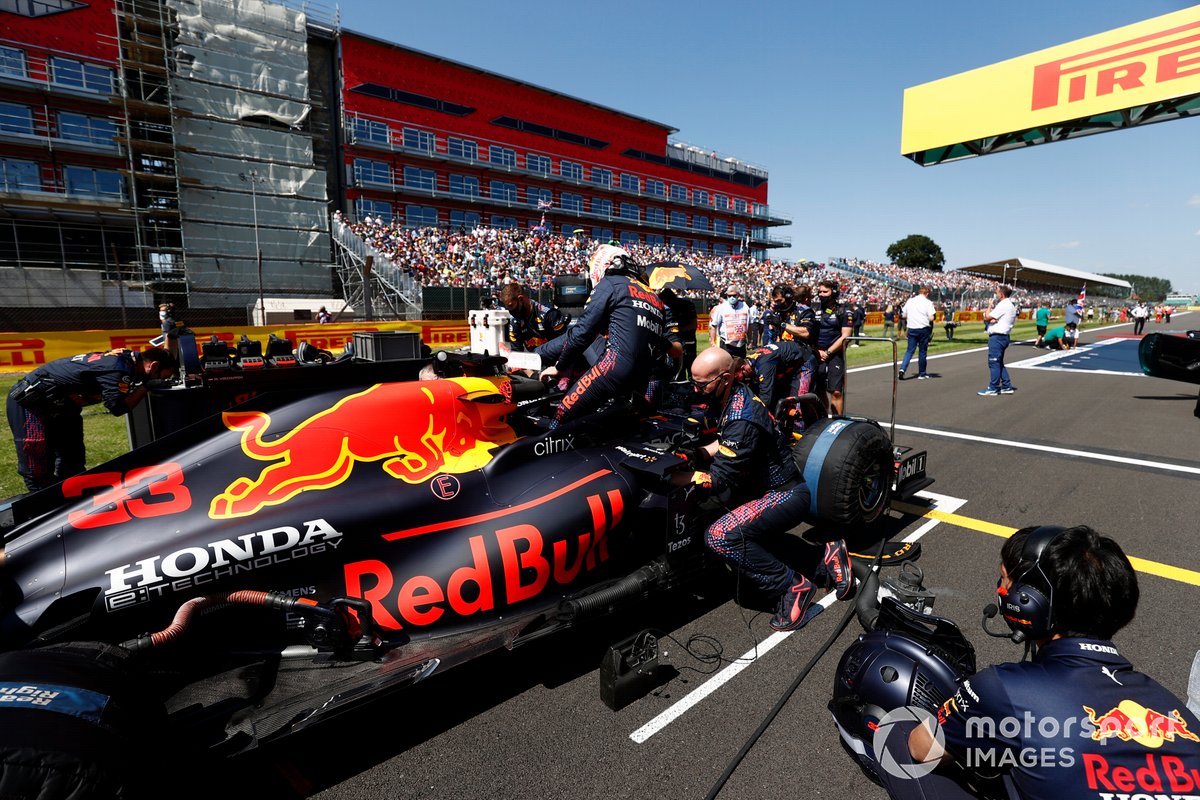 It's also true that the big teams factored in contingencies for accident damage when they did their sums for 2021, as they knew that some was inevitable. However, the Bottas and Verstappen accidents were both unusually destructive.

"Our drivers have been incredibly good at getting through seasons without breaking much in recent years," Mercedes engineering guru Andrew Shovlin said after the Imola crash.

"If you have a series of these kind of large accidents that are doing significant damage, and this has been bad for us, because we've had a front wing with Lewis as well, then that will definitely exceed our allocation for what we have available to spend on the parts.

"In an ideal world, you run them to life, you don't break them, anything that you do break, hopefully it's end of life or something that is about to be obsolete. But that is definitely not the case here.

"So it is really a factor of the cost cap, and the money has got to come from somewhere. Ultimately if it becomes a big problem, it can start to hit your development budget. So we do need to be mindful of that moving forward."

Red Bull was lucky that the accident happened close to home, and with a free weekend until the next race, so at least the team has time to quickly assess everything and where necessary put extra parts into production to create a safety net of spares.

Along with the financial aspect, there is also a competitive one, as an impact of the size suffered by Verstappen might have damaged his Honda power unit.

Should any of the six main elements have to be binned they will not have served their full life, and their replacements will put Verstappen on the bubble for grid penalties later in the season. 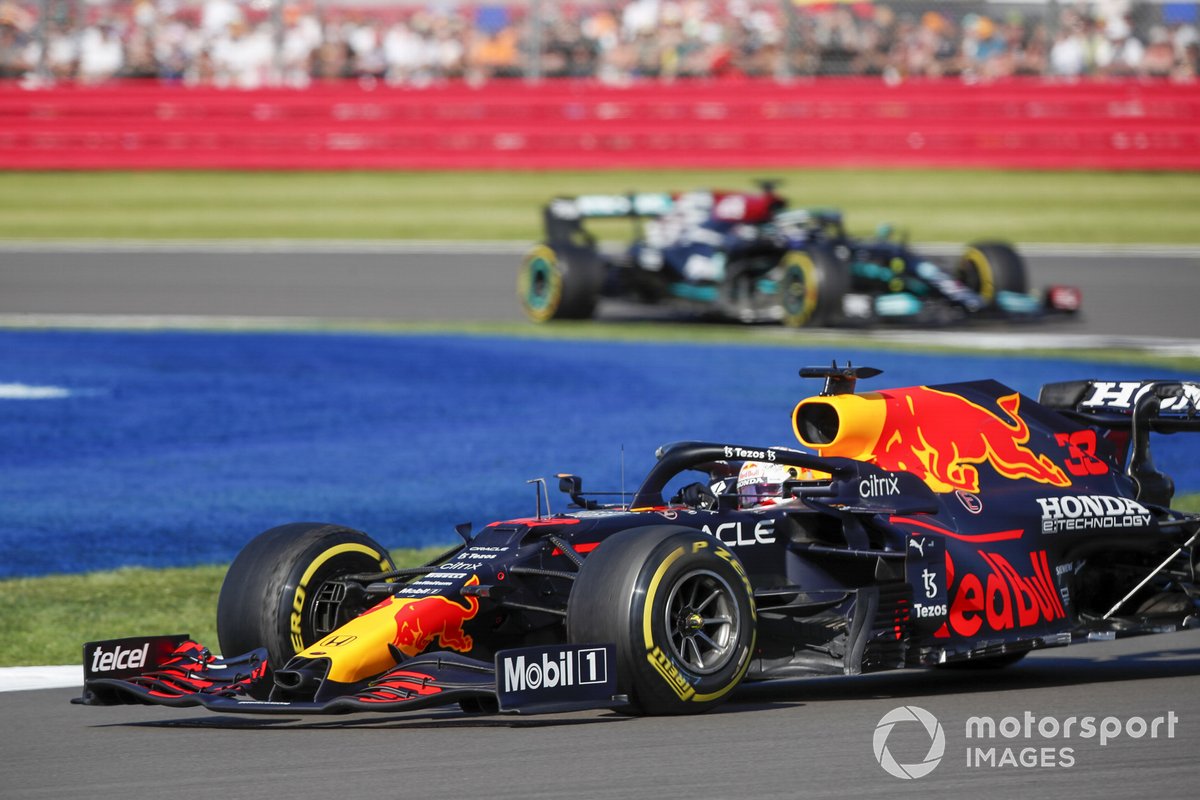 Honda's Toyoharu Tanabe remains hopeful that the PU can be salvaged.

"When I first saw the image of the car being lifted, I thought it was a lot of damage, but in reality it seems that the damage is less than what I see in the image.

"In any case, the actual damage is not known from the appearance when it is installed in the car, so we would like to send it back to HRD Sakura and check it before making a decision."

It could be that some or all of the elements can yet be returned to Verstappen's pool. But after a 51g hit, would they be risked in a race, or just used on Fridays when there's less at stake? That's going to be another tough decision for both team and engine supplier.

Counting the cost of accidents is only going to become more relevant.