Lewis Hamilton has been excluded from qualifying for the Formula 1 Brazilian Grand Prix after scrutineers revealed that his car's DRS (Drag Reduction System) did not comply with the rules.

The Mercedes driver had topped qualifying by four tenths of a second from Max Verstappen, after taking a new engine that would incur him a five-place grid penalty for Sunday's Grand Prix.

Hamilton will now start from the back of the grid for the sprint, following the FIA stewards' verdict, which is included below in full.

What the stewards said

Reason The Technical Delegate reported that Car 44 failed the test designed to check the requirements of the last paragraph of Art. 3.6.3 of the 2021 FIA Formula 1 Technical Regulations. The check is described in Technical Directive 011-19. In lay terms, there is a gap between the upper and lower parts of the rear wing. When the DRS is not activated this gap must be between 10mm and 15mm. The car passed this part of the test.

When DRS is activated, which raises the upper element of the wing to a flatter position, the gap must be between 10mm and 85mm. The maximum gap is measured, in accordance with TD/011-19, by pushing an 85mm gauge against the gap with a maximum load of 10N (ten newtons.) If the gauge goes through then the car has failed the test.

In this case, the gauge would not pass through at the inner section of the wing, but did at the outer section of the wing. This test was repeated four times with two different gauges, once being done in the presence of the Stewards and representatives of the Competitor.

The Stewards held a hearing on Friday following qualifying with Ron Meadows, the Competitor representative, and Simon Cole, the Chief Engineer, Trackside and from the FIA Jo Bauer, Technical Delegate and Nicholas Tombazis, Single Seater Technical Director. The Stewards then adjourned the hearing to gather more evidence and at 10:30am on Saturday morning held a further hearing that also included John Owen, Chief Designer for the Competitor, who testified by video conference, but did not include Jo Bauer.

The Competitor asserted that the design is intended to meet the regulations. It was clear to the Stewards that the additional deflection was due to additional play either in the DRS actuator or the pivots at the end, or some combination or other fault with the mechanism, or incorrect assembly of the parts. 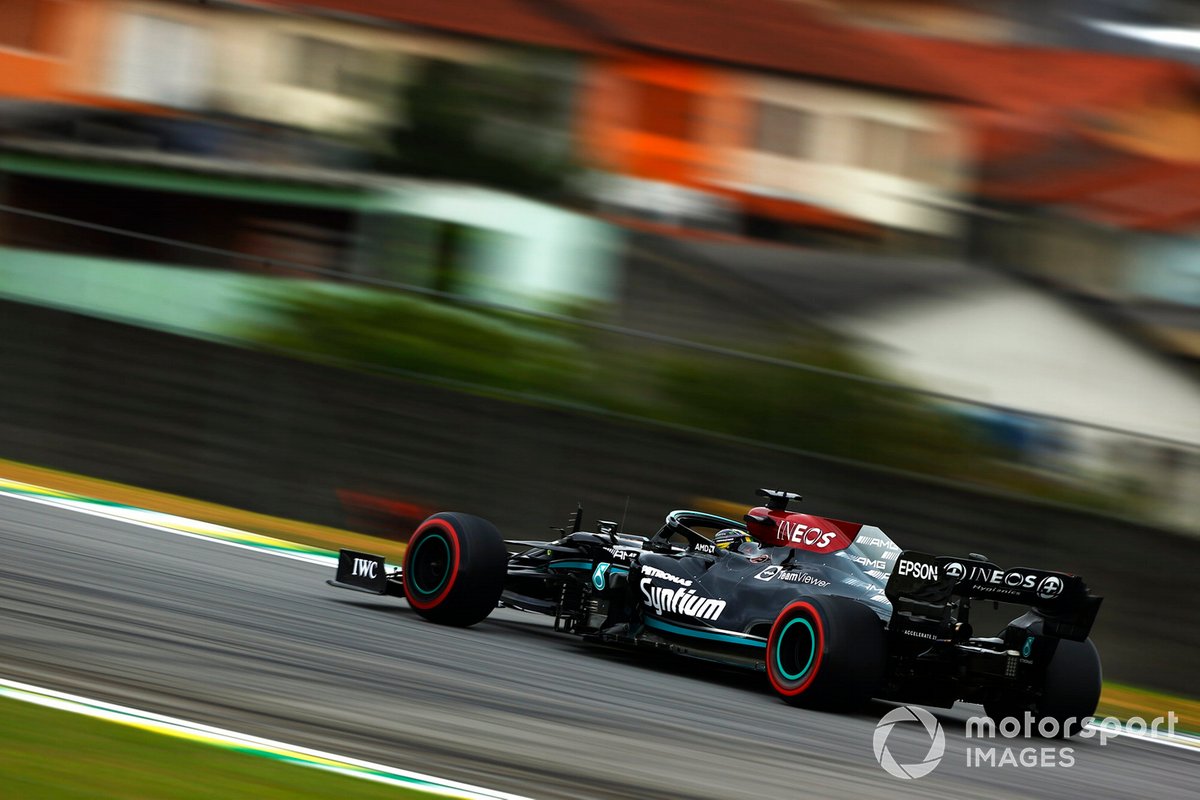 The Stewards heard, from both the team and the FIA, that the same design has been tested many times during the season and uniformly passed. Further, the FIA has examined the design of the area of the car in question and are satisfied that the design meets the intent of the regulation.

There is therefore no question in the minds of the Stewards that the test failure indicates any intent to exceed the maximum dimension either by action or design.

The Competitor also noted, that Art 3.6.3 of the regulation states a maximum dimension, which is possible to measure without applying a force or load. It is not until a force is applied, that the gauge is able to go through. There was no disagreement that the test itself was undertaken as described in TD/011-19. The gauges were measured and the Stewards were satisfied that they were the correct dimension.

The Competitor therefore argues that their car complied with the regulation in the static position and thus meets the regulation. The FIA argues that while not regulatory, the TD, like many others, describes the procedure for the test so that competitors may design cars to meet the regulations. Further, the TD states that the test is designed “to make sure that the rear wing element does not deflect to a larger opening than the permitted value…”.

The Stewards take the position that while a TD is not in itself a regulation, TDs are accepted as the method upon which the teams may rely and in this case, the test that was carried out was in conformity with the TD and its legitimate aims.

The Competitor noted that this is not a systemic breach, and is indeed unique. It was, rather, something gone wrong. The Competitor further noted that they would have liked to have had the opportunity to inspect the parts with a view to having some explanation for the Stewards as to how the problem arose. However, the Stewards fundamentally accept the Competitor’s explanation that the cause of the failed test was something “gone wrong” rather than a deliberate action. 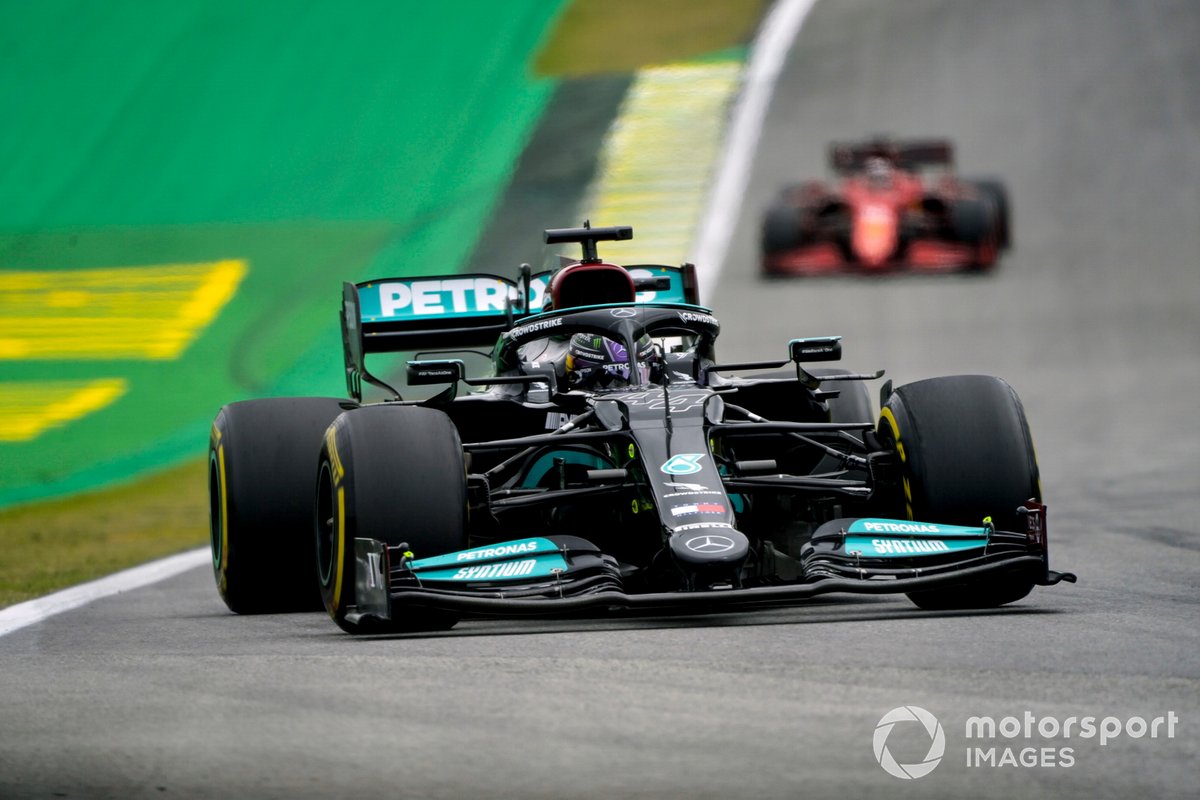 The Stewards therefore chose to keep the assembly under seal and preserve the evidence of the failure, rather than altering the parts in an inspection which would have involved some handling of the parts and thus some alteration of the evidence.

The final point of the Competitor regarding the assembly itself is that it is regular practice for the FIA Technical Department to allow teams to fix minor problems that they find with their cars, even during the Parc Ferme conditions of qualifying. Had the Competitor recognised this problem during qualifying they surely would have sought, and the FIA Technical Department confirmed, they would have received permission to fix the parts or tighten bolts if needed.

The Stewards were sympathetic to this argument and analysed whether they felt this was a mitigating circumstance. It is often a mitigating circumstance to make allowances for crash damage. However, the Stewards could not extend this argument to cover parts that were found out of conformity in post session checks with no obvious reason in evidence other than considering normal running at this Event. In the end, the regulations are clear and at the moment of the conformity check, the car did not comply.

At the end of the first hearing on Friday, amateur video emerged of driver Max Verstappen touching car 44 in Parc Ferme. The Stewards took the time to gather all the available video footage of this incident and finally reviewed in car footage from car 14, car 77, car 33 and car 44 as well as CCTV footage from the FIA’s pit lane cameras, in addition to the amateur footage. The Stewards held a separate hearing in relation to this incident and incorporate the text of that decision herein.