Whenever Formula 1 introduces new regulations, the first year throws up some fascinating divergence before design trends emerge - as is happening for 2018

Teams have had a full season to see what the rest of the pitlane was doing then a winter to implement rivals' best ideas themselves.

A clear winner was the Ferrari idea for the shorter sidepods, which has been copied by Red Bull, Williams, Sauber and of course Ferrari partner Haas.

In a bid to minimise the overall area of the sidepods - which helps with drag and improves the management of airflow around the car - Ferrari had pushed the sidepod start area further back than previous practice, and changed the height of the mandatory upper side impact support structure. That was housed ahead of the sidepod inlet rather than above it as had previously been the fashion.

It was a neat solution with clear aero benefits, and other teams have jumped on the idea - with Sauber among those taking it further still. 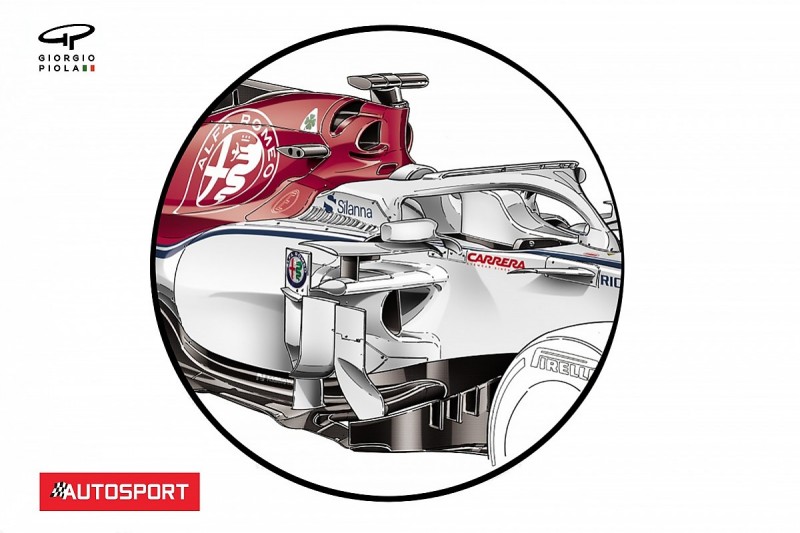 Sauber's solution is interesting because it has moved the deformable structure to the highest point allowed in the regulations and made it the cover inlet of its very small sidepods.

To get its sidepods as compact as possible it has divided the inlets too, so one is under the deformable structure with a second inlet on top of the sidepods that is most likely to cool the electronics and intercooler.

The new Williams FW41 incorporates some key elements from both the Mercedes and Ferrari designs. 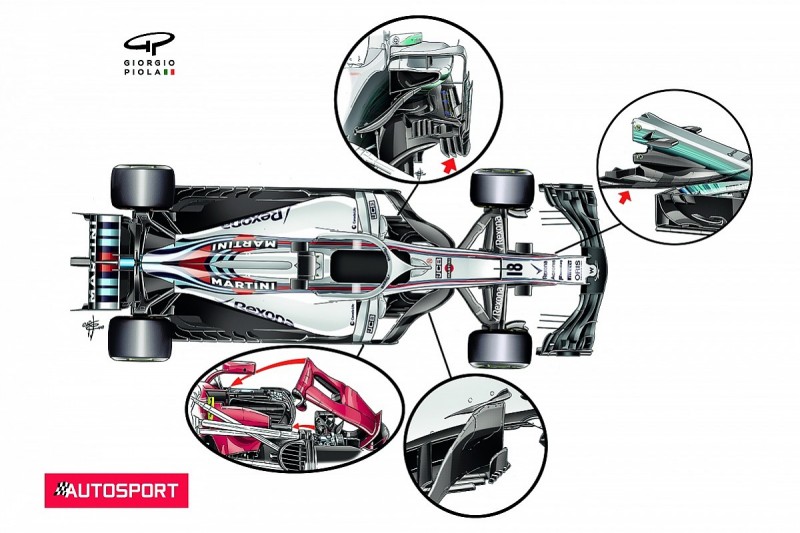 It has made its sidepods shorter than everybody else, and even shorter than last year's Ferrari. The sidepods on the FW41 start where the head protection of the driver starts.

Mercedes' solutions are in evidence here too, Williams following the general trend towards the defending champion's long wheelbase.

The new Williams, which is a big step on from last year's car, has also adopted Mercedes' concept for its front wing and endplate - with the two outside opening gills in evidence.

Beneath the nose, Williams has designed its version of the Mercedes cape, which starts a bit further back compared to the original design.

The bargeboard area of the Williams is also reminiscent of the Mercedes W-floor design, with several 'fingers' helping direct airflow.

Back in 2016, now Williams technical chief Paddy Lowe who was then at Mercedes said he was surprised that few people had copied that idea such were the benefits to be had.

Last year McLaren made a big push with its car design and was bullish about a new front wing concept that it introduced from the United States Grand Prix. 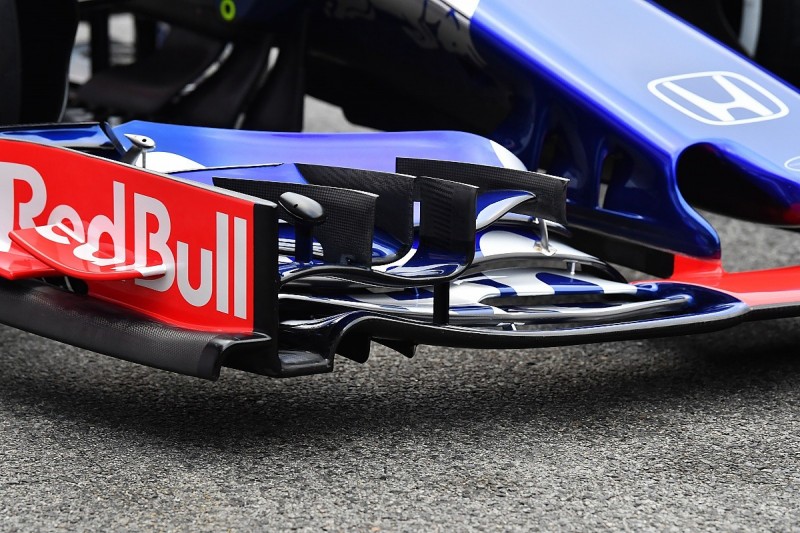 The idea of having two slots in the wing's main plane has been adopted by Ferrari, which has - along with Toro Rosso and Renault - also adopted McLaren-style open slots in the front wing pillar, though the number of openings varies between teams.

Mercedes has not copied anyone else, and has instead kept pushing down the path of its own solutions - opting for ever more complex versions of its existing ideas.

One of the best examples of this is the turning vane area, where it is incredibly intricate now.

McLaren's new rear suspension has caught the eye in testing, as the team pushed the boundaries in a bid for aerodynamic advantage. 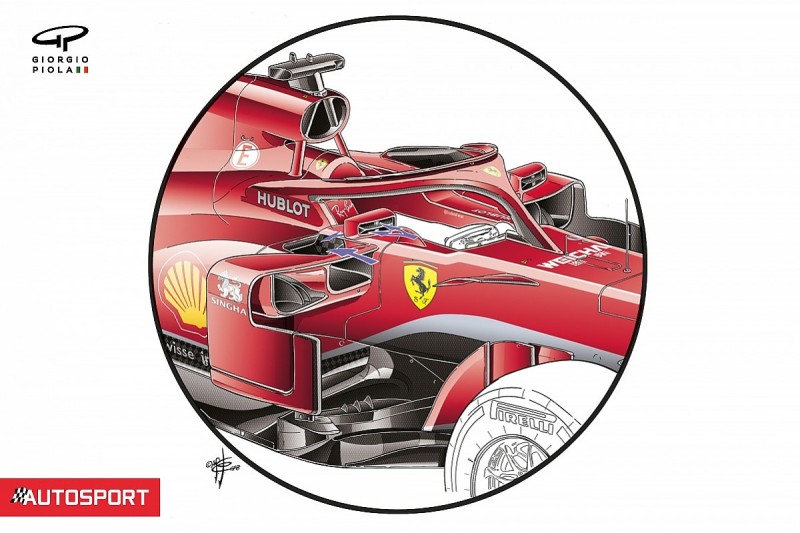 Ferrari has certainly not backed off with its innovation this year, even if its sidepods are not as extreme as last year as it has opted for a longer wheelbase car.

One of the most interesting points on the car are the 'hollow' mirrors - which allow the airflow to pass inside and through the structure.

The benefit of this will be in helping direct airflow to the cooling areas that go inside the sidepods. Don't rule out this idea appearing elsewhere soon.